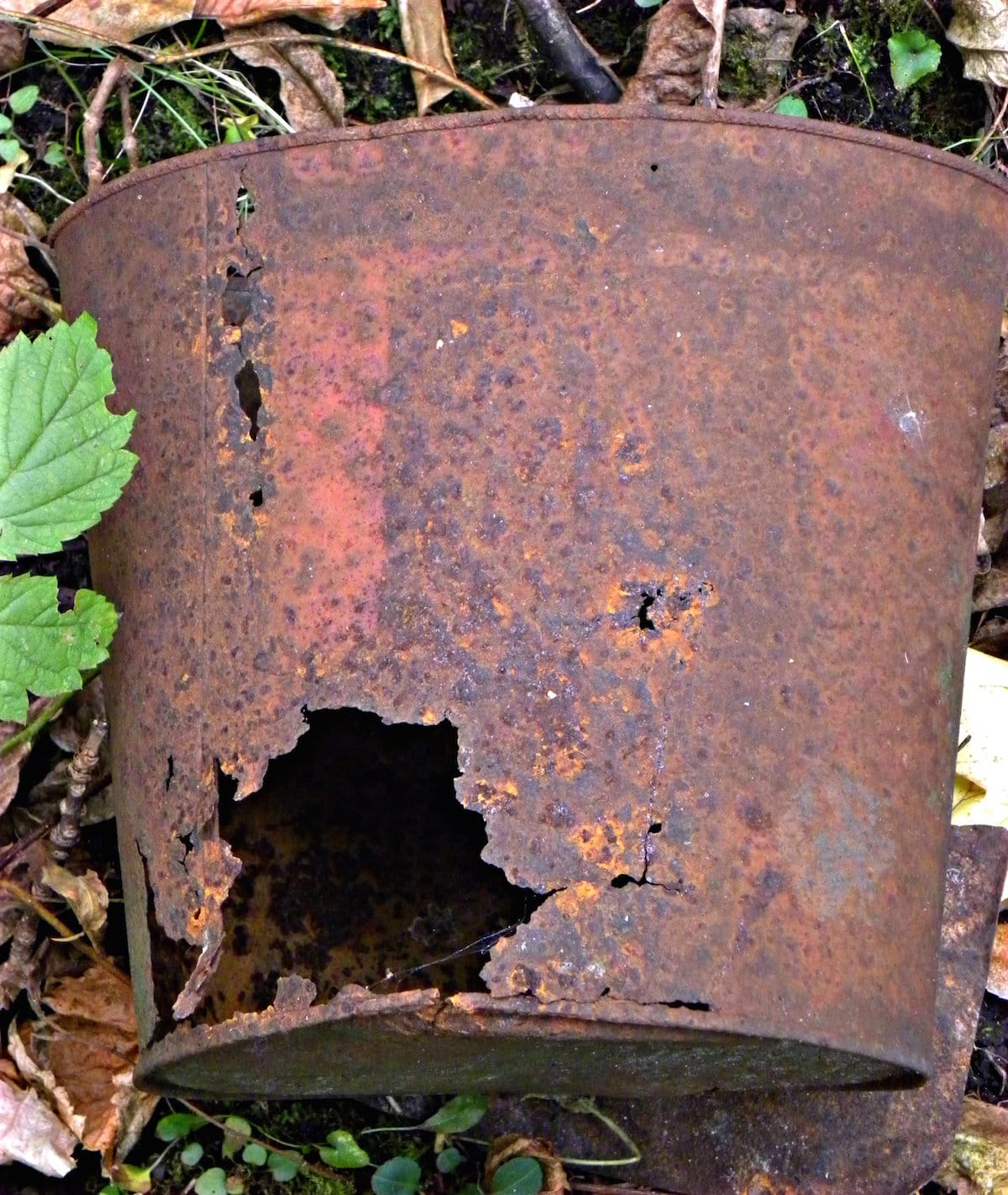 Chiyono's enlightenment poem reads as follows "With this and that I tried to keep the bucket together, and then the bottom fell out. Where water does not collect, the moon does not dwell." Photo by Haven't The Slightest.

Chiyono’s “No Water, No Moon”

Chiyono was a servant in a Zen convent who wanted to practice zazen. One day she approached an elderly nun and said, “I’m of humble birth. I can’t read or write and must work all the time. Is there any possibility that I could attain the way of Buddha even though I have no skills?”

The nun answered her, “This is wonderful, my dear! In Buddhism there are no distinctions between people. There is only this: each person must hold fast to the desire to awaken and cultivate a heart of great compassion. People are complete as they are. If you don’t fall into delusive thoughts, there is no Buddha and no sentient being; there is only one complete nature. If you want to know your true nature, you need to turn toward the source of your delusive thoughts. This is called zazen.”

Chiyono said, with happiness, “With this practice as my companion, I have only to go about my daily life, practicing day and night.”

After months of wholehearted practice, she went out on a full-moon night to draw some water from the well. The bottom of her old bucket, held together by bamboo strips, suddenly gave way, and the reflection of the moon vanished with the water. When she saw this she attained great realization.

Her enlightenment poem was this:

With this and that I tried to keep the bucket together, and then the bottom fell out. Where water does not collect, the moon does not dwell.

For several years now, I have kept a picture of Chiyono and her bucket on the bulletin board above my desk. It is a delicate nineteenth-century woodblock print of a young Chiyono standing in pale moonlight, a bottomless bucket at her feet, a puddle of water spreading across her path. The artist is Yoshitoshi.

I was drawn to Chiyono’s verse the first time I heard it. I was seized by the words, “With this and that I tried to keep the bucket together…” But I did not know that she is also thought to be Mugai Nyodai, whose name we chant in our morning dedication to our women ancestors. She was the first Japanese woman to receive dharma transmission and founder of the first Zen Buddhist convent in Japan.

When I first heard Chiyono’s verse, I had been practicing for ten or twelve years. I was keenly aware of the constant tension of “keeping the bucket together.” I understood that the intent of practice was to relax my grip on the old bucket, but conditioning runs deep and the sense of personal identity is strong. Hearing the words “with this and that” I felt the exhaustion of years of vigilance, all aimed at protecting my idea of myself. I felt the exhaustion of being my own obstacle.

Our Zen practice is medicine to this conditioning. All the practices within Zen challenge the illusion of the perfect bucket—zazen, the teacher-student relationship, ritual, sangha relationships. As much as I may wish to appear competent at all times, I cannot immerse myself in Zen practice without a willingness to come apart. Sometimes it’s appropriate to stop patching things back together. What, then, allows us to leave the bits and pieces scattered on the ground, like the splinters of the bucket around Chiyono’s feet?

We are conditioned to keep the bucket from falling to pieces. Unique personal circumstances can intensify this general conditioning. I was in the first generation of southern black children consciously raised to enter integrated schools. In such circumstances, everything seems to ride on “keeping it together,” especially in public, and so we were conscientious and hypervigilant in order to prevent disaster.

And yet we Zen students have chosen a path that calls us in the opposite direction. In spite of our conditioning, we are called to awareness rather than vigilance. We are on a path of “no water, no moon.” Our conditioning tells us that it is a risky path, and yet we sense its offer of freedom and feel called to take it.

Ironically, it was precisely that conditioning of “keeping it all together” that gave me the courage to walk into a Zen center for the first time. I had been trained to tolerate the circumstance of being “other,” to maintain a public identity in places where I was allowed but possibly not welcome. Like the schools and libraries of my childhood, Zen centers offered something that I deeply needed, a place to experience my life in the world more deeply. I hoped I would be welcome at a Zen center, and I also knew that it could be otherwise. To walk into this uncertainty, I relied on being outwardly upright while keenly aware of inner fears.

As Zen students we live between Chiyono’s first two lines and her second two lines, between keeping things from falling apart and letting them fall apart. Knowing how to “keep things together” is a valuable skill. It was knowing how to care for things that led Chiyono to continually patch the bucket. When it fell apart, she made excellent use of that circumstance as well. Our liberation deepens with the refinement of our capacity for flexibility and discernment.