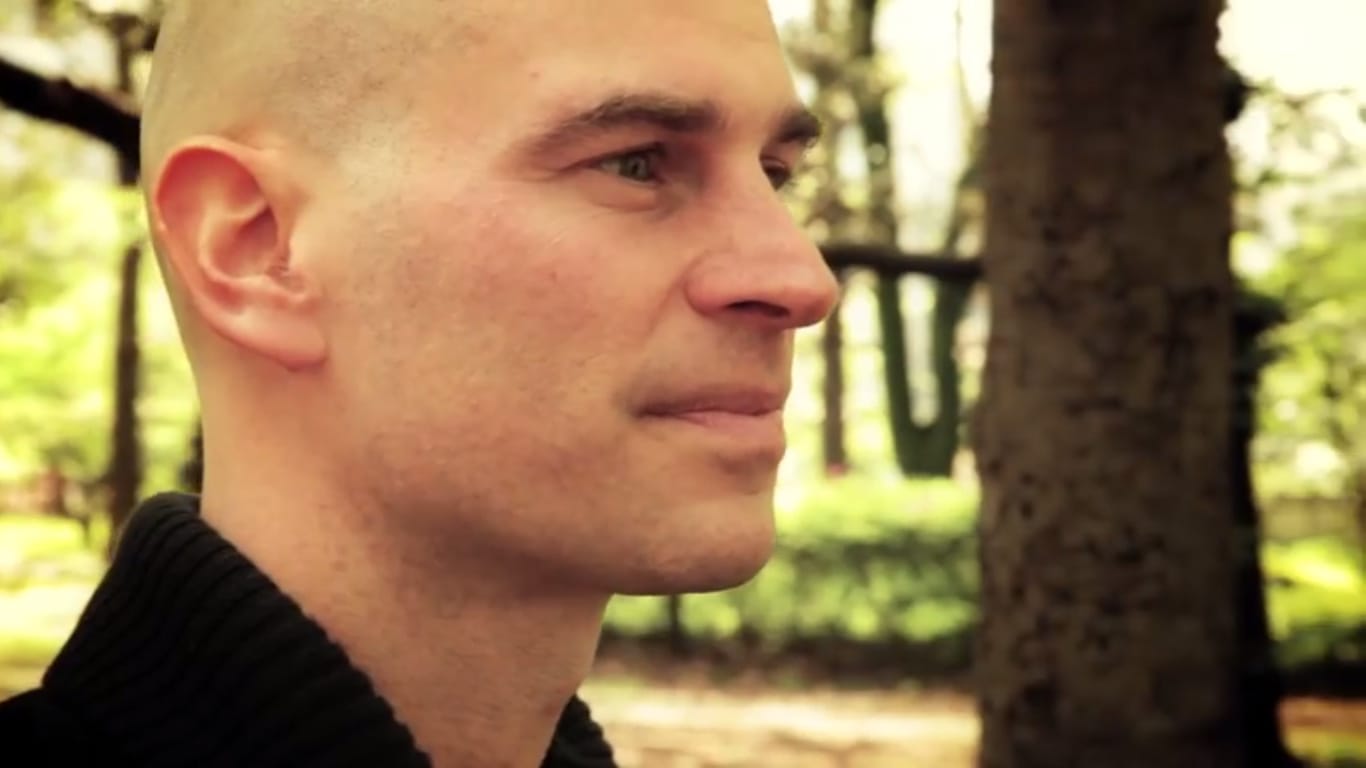 Michael Stone in 2015, from his video, “Redefining the Present Moment.”

Stone, 42, was an activist, family man, and teacher of yoga and Buddhism.

Following a period of hospitalization that began on Thursday, July 13, as was announced on the 14th via Facebook by Stone’s partner Carina Stone, Stone’s family on the 16th announced that Stone, in a coma, would “remain on life support until tonight (Sunday) between 8pm and 1am Pacific Time.” Then, on Monday, at approximately 10:20 am Vancouver time, Carina Stone posted this update:

Michael left beautifully and peacefully last night. There was joy and release in his time of transformation.

Thank you for your love and practice
Bowing

Based in Western British Columbia, where he lived with his family (and was a Fellow in Residence at University of British Columbia), Stone uniquely brought his passions and training together, teaching in person — at retreats, workshops, and sanghas including Centre of Gravity (now known as Gravity), the Toronto sangha he founded in 2003, and True North Insight Vipassana in Ottawa, where he had served as Guiding Teacher — plus online and via his writing.

Offering prayers for Michael and his loved ones. May there be an end to suffering. —Lama Rod Owens, Natural Dharma Fellowship

After spending nearly “a year alone in the wilderness learning about meditation practice” at age 20, Stone earned his Bachelor of Arts at the University of Toronto (followed by a Masters of Arts in psychotherapy at Vermont College), and then was mentored by meditation teacher Norman Feldman. Stone would also become a student of Zen teacher Roshi Pat Enkyo O’Hara. In “My Story,” from his website, Stone recalled, “I read an article by [O’Hara] who recounted being asked, ‘What is your practice?’ Her response: ‘Manhattan.’ I immediately sought her out. I was struck by the intimacy and immediacy of her response.”

An extraordinary being has left this life. Michael Sho Ken Stone expressed his understanding of life in gifted ways. He brought Yoga teachings and Buddhist Dharma to many people, opening their hearts and minds to compassion and generosity. When he received the Zen Buddhist Precepts, he was given the Dharma name  SHŌ KEN照見 meaning ‘sees clearly.’ His clarity touched many lives, and will live on in those whose hearts were opened by his presence. We will miss him.

A wonderful and passionate teacher and human being. So very sad about this. —Norman Fischer, founder of the Everyday Zen Foundation

In addition to yoga and Buddhism, social action was important to Stone. Describing his personal mission on his website, he wrote that it was

to translate traditional wisdom teachings into contemporary tools and make them available globally. Tools to create a culture of compassion and collaboration. I’ve realized that the habits I once thought were personal are actually internalized narratives from the culture we live in. Therefore, I believe that inner transformation and social awakening are one.

Accordingly he was, as he wrote, “very involved in the Occupy Movement that began in Zuccotti Park in September 2011. I also helped organize for the Occupy Movement in Montreal, Toronto, and Vancouver.” Stone also made a pilgrimage to Japan, documented in the 2013 film Reactor, to bear witness there after the Fukushima disaster. [Watch Reactor here.] Reactor filmmaker Ian MacKenzie, reached for comment, told Lion’s Roar, “I deeply treasure my time with Michael in Japan. He was a man of deep compassion and love of all life. I considered him a friend and older brother.”

May the world see more dharma teachers who combine acute personal insights with social engagement as he did. He is gone far too soon. May his consciousness be liberated from any confusion. May his family find healing and support. —Ethan Nichtern

Stone’s books include The Inner Tradition of Yoga, Awake in the World: Teachings from Yoga and Buddhism for Living an Engaged Life, and Yoga for a World Out of Balance: Teachings on Ethics and Social Action. At the time of his death, Stone was working on a book he was calling The National Parks of the Mind: A Field Guide to Mental States.

I hadn’t met Michael but always planned to sit with him sometime in this lifetime because I had so much respect for his work. —Sharon Salzberg

Stone also wrote articles for Salon, Tricycle, and Lion’s Roar, where he delighted readers with pieces of a sometimes more personal bent, recalling, for example, his times spent with Paul Newman, or telling of his own renewed interest in skateboarding – which he’d stopped at age 13 but picked up again nearly thirty years later, this time as a spiritual practice. 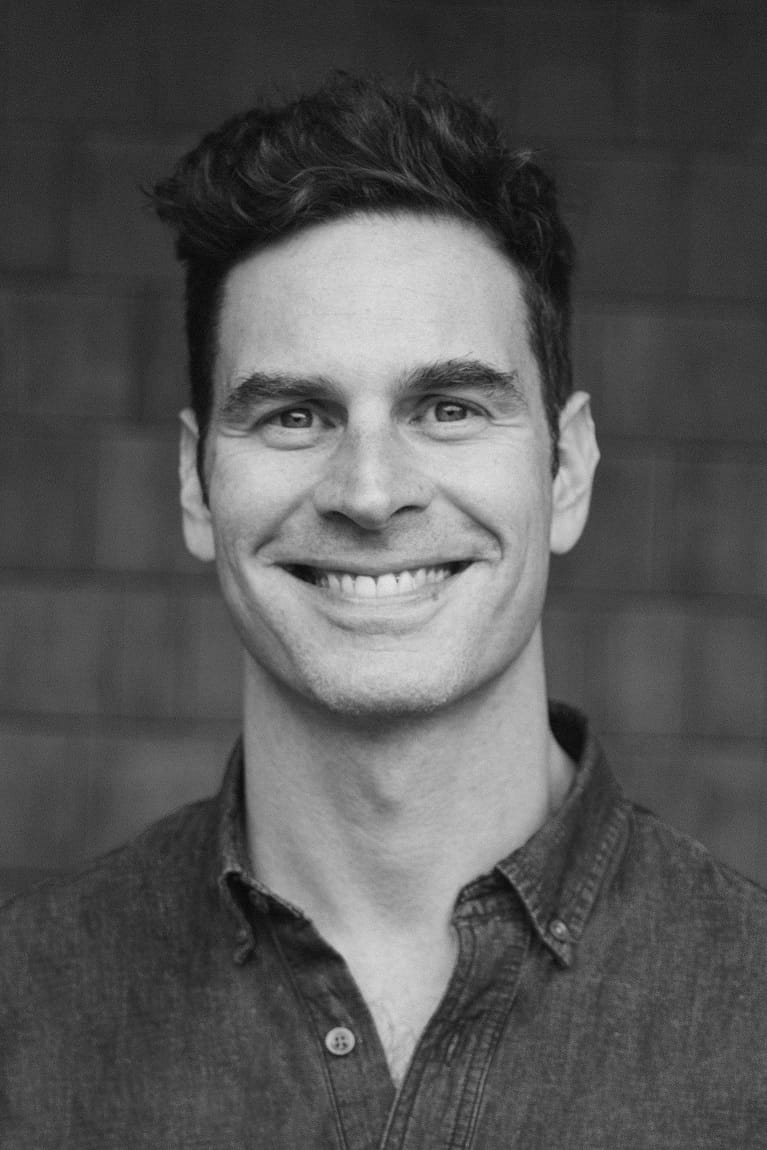 Michael Stone in a 2017 headshot, via MichaelStoneTeaching.com.

Lion’s Roar staff were also privileged to collaborate with Michael last year on the development of an online meditation course — another teaching modality he seemed to take to with incredible ease.

Our hearts are with Michael’s family, friends, teachers, sangha, and all who have been touched by his life and teachings.

To have updates delivered to your Facebook stream or to leave your own message in tribute, follow the Michael Stone Teaching Facebook page; also, a number of events in his honor have been planned. View these here. Those who would like to offer financial support to Michael Stone’s family can do so via this online fund.

[This article was originally published on July 16, 2017, with updates made subsequently. Teachers’ tributes included here, when not otherwise attributed, were gleaned from social media.]

To Carina and family, my heart-prayers are with you. May the countless memories and deep love you share cradle you and your children forever. And to Michael’s many students worldwide, Michael remains in your heart and mind. —Brenda Feuerstein, Director and teacher at Traditional Yoga Studies