Michel Bitbol reviews Science and Philosophy in the Indian Buddhist Classics, conceived and introduced by His Holiness the Dalai Lama; edited by Thupten Jinpa. From the Spring 2018 issue of Buddahdharma: The Practitioner’s Quarterly. 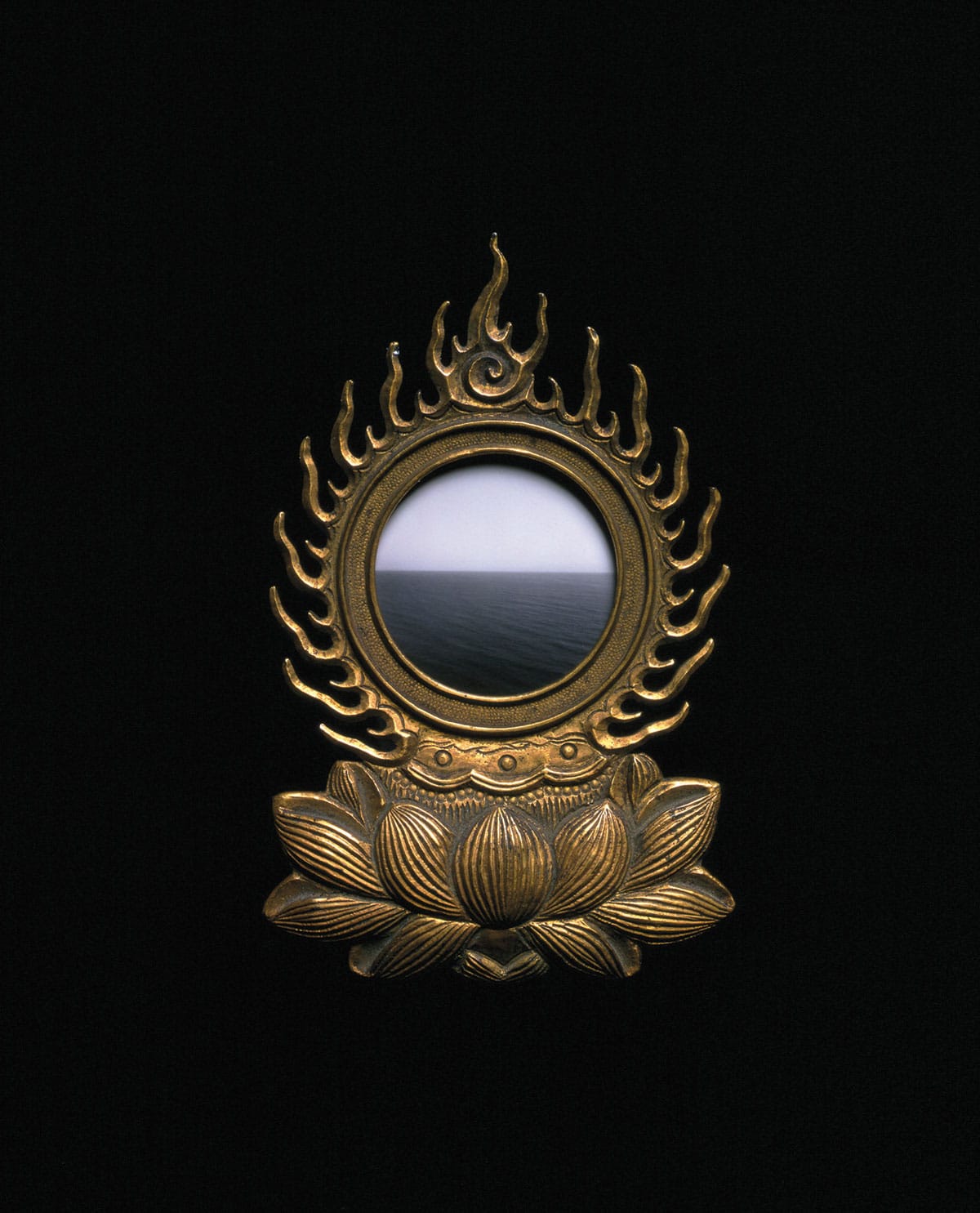 Western historical sources posit only one origin of science: classical Greece, beginning around the fifth century BCE. According to the prevailing narrative, this initial spark was interrupted by a long pause and incubation through the Middle Ages and wouldn’t be rekindled until the sixteenth and seventeenth centuries, during the European Renaissance. Aside from acknowledging some antecedents to the Greeks in ancient Babylon and Egypt, such ethnocentric accounts fail to recognize the many and varied origins of science, spanning eras and geographical regions. India and China, in particular, were home to numerous scientific achievements in mathematics, astronomy, technology, logic, linguistics, and medicine.

From that standpoint, the first volume of Science and Philosophy in the Indian Buddhist Classics, a new series by His Holiness the Dalai Lama and Thupten Jinpa, is both a revelation and a precious resource on these civilizations that coinvented the scientific spirit. The editors define science as a form of knowledge of nature and its laws, based on empirical observations and striving to reach intersubjective agreement by shared rational principles. Based on that framework, they reveal the ways in which Indian Buddhism could rightly be considered a budding scientific discipline, illustrating in exquisite detail the methods, concepts, and models of nature developed by Indo–Buddhist thinkers at a time (around the sixth to eighth centuries) when the Greco–Roman civilization was sinking into its so-called “dark ages.” This strain of scientific inquiry was just as demanding in terms of empirical accuracy, logical rigor, explanatory standards, and theoretical ingenuity as ancient Greek or early modern science.in

In unpacking the similarities and differences between the Greek and Indo–Buddhist scientific methodological principles, we can draw inspiration from Erwin Schrödinger. In his book Nature and the Greeks, the co-creator of quantum physics offers a clear presentation of the fundamental principles of nascent Hellenic science, identifying two core principles he called “understandability” and “objectivation.” The first principle asserts that one should work under the assumption that “the display of nature can be understood,” rather than invoking the arbitrary decisions of supernatural agents or the whims of fate. The second instructs the scientist to “step back into the role of an external observer” so as to “simplify” the task of understanding nature. This latter principle is indeed a simplification, in that it restricts “nature” to objects that can be seen, known, and used, while excluding the seer, knower, and user.

In early Hellenic science, the principle of understandability took three forms: attempts to identify the basic stuff out of which variegated material phenomena may arise; explanations of visible changes by the interplay of invisible elementary constituents; and careful elaboration of intellectual instruments of inference. Thales, Anaximenes, and Anaximander identified what they deemed to be the basic stuff of the world: water, air, earth, fire, or “the boundless,” respectively. Atomism, theorized by Leucippus and Democritus, attributed the complex behaviors of phenomena to the motion of simple infinitesimal bodies in empty space. And Aristotle, Pythagoras, and Euclid honed logic, arithmetic, and geometry—those carefully designed instruments for constructing systematic knowledge out of fragmentary observations—to precision.

For Indo–Buddhists, the principle of understandability was a given. After all, the law of cause and effect was central to their ethical system. The editors thus reveal the remarkable level of rigor and sophistication reached by later Indian Buddhist scholars in their quest to understand the world according to this law. The ontological aspect of understanding was pushed to a high degree of accuracy by the early Vaibhasika school, that includes the various branches of the Abhidharma. Perhaps the most famous Buddhist classification is the five aggregates of “dharmas” (or “factors of existence”), the constitutive parts of composite objects.

Even earlier, the Rice Seedling Sutra, believed to be one of the first teachings of the Buddha, describes six elements from which complex phenomena of the material aggregate arise. The first four “great elements” (mahabhuta)—earth, water, fire, and wind—mirror the predominant Greek view, promulgated by Empedocles. The other two, space and time, have analogues in Aristotle’s fifth element, “aether.” Also similar to the Greek view is the Buddhist proposition that the elements embody perceptible qualities such as solidity, moisture, heat, and dryness. However, Buddhist thinkers went one step further, ascribing specific functions to material entities: earth provides solidity; water fosters cohesion; fire brings about maturation; and air enables extension, or motion. Perceptible differences in characteristics were explained on the basis of the composite nature of material phenomena, which are said to include these elements, and their associated qualities, in various proportions.

Indo–Buddhist thinkers, from the earliest sutras all the way up to Vasubandhu, addressed at length the question of what constitutes matter. The simplest definition was that matter is anything composed of the “great elements.” Another more explicit definition said matter is that which occupies space and is visible, resistant (or obstructive), and capable of modification through contact. As it happens, resistance and spatial extension were also seen as defining features of matter according to a Greek tradition, spanning from Aristotle to Simplicius. Theories of atoms, considered to be the basic constituents of material phenomena, were then derived from the former definition. In Buddhist texts, atoms are either space particles out of which elements are elaborated or are themselves composed of the major elements.

The epistemological aspect of scientific inquiry also received thorough attention, particularly within the Sautrantika school. In the Indo–Buddhist tradition, the method for obtaining valid knowledge was an object of study in its own right, just as in Aristotle’s Organon and Sir Francis Bacon’s Novum Organum. According to Sautrantika epistemological theory, developed by Dignaga and Dharmakirti, uninterpreted “direct” perception was deemed to be the most reliable foundation for knowledge. However, Sautrantika thought qualified this, noting that perception only gives access to “evident facts,” whereas the “slightly obscure facts” (such as atoms or elements), which might explain the evident facts, are ignored by it. In order to understand such unseen factors in causation, a theory of inference from observable facts to unobservable facts was needed. The Sautrantika method of inference involved the principles of logic—such as the laws of identity, contradiction, and excluded middle—and was bolstered by a universal presupposition of causality; it also submitted to self-correction through a developed art of debate. This approach was not only similar to, but also often more accurate than, that employed at the dawn of modern science, prior to Galileo.

In view of this, one might wonder why Indian Buddhist culture did not spawn the kinds of predictive and technological leaps that occurred in late seventeenth-century Europe. One reason is that inferential knowledge and manufactured achievements were not strongly correlated in Indo–Buddhist monastic universities, whereas in seventeenth-century Europe there arose a systematic collaboration between thinkers and engineers. This alliance led to the development of laboratories, where observed phenomena could be controlled and tested. Another reason was the relative isolation of mathematics within the Indian sciences. European scientists transformed mathematics into a powerful tool of inference, allowing them to relate phenomena with greater precision than was possible through logic alone. 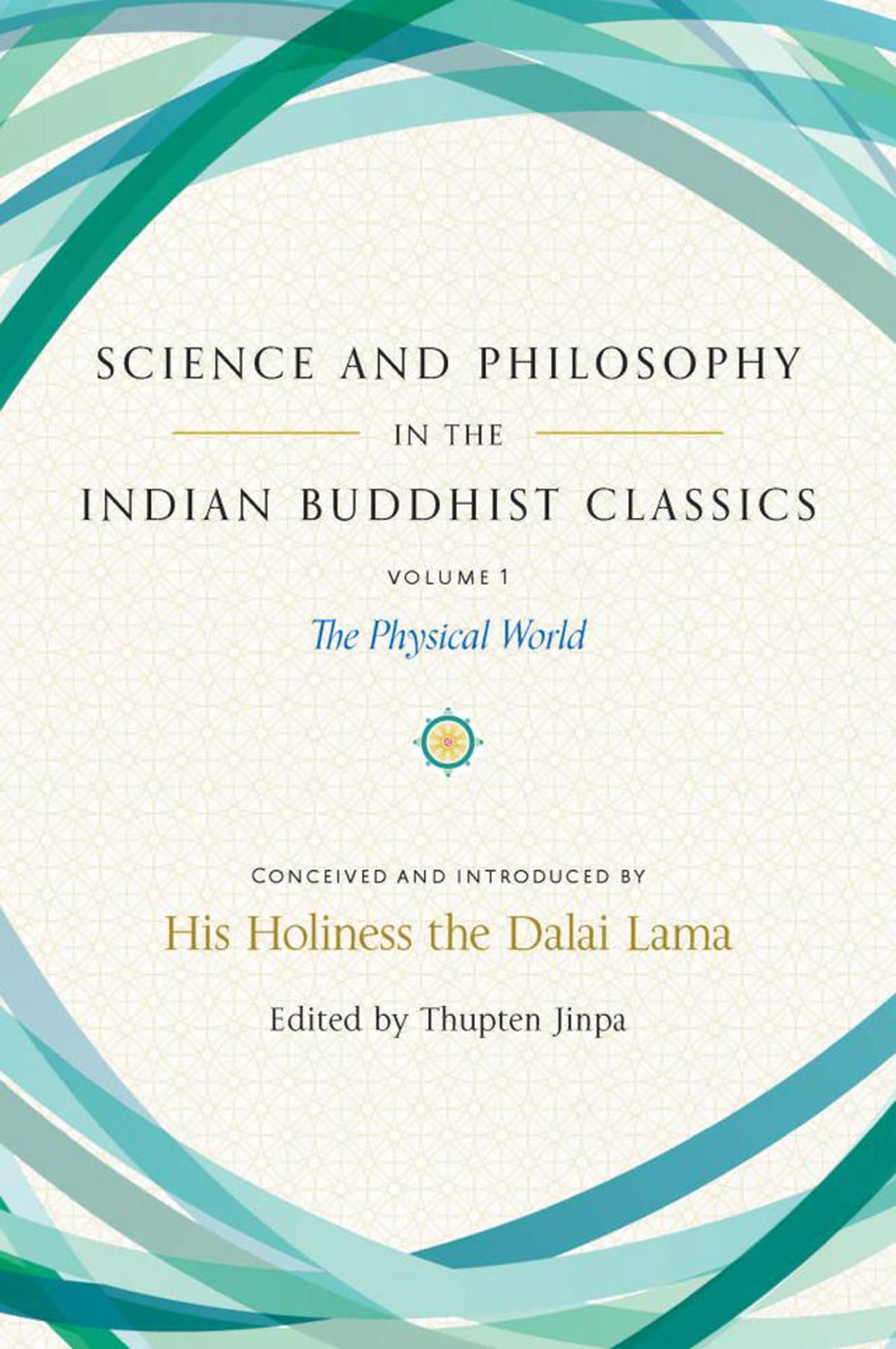 Science and Philosophy in the Indian Buddhist Classics
Conceived and introduced by His Holiness the Dalai Lama; edited by Thupten Jinpa
Wisdom Publications, 2017
$29.95; 552 pages

A deeper reason, however, may be that unlike its Western counterparts, Indian Buddhism was reluctant to engage in what Schrödinger denounced as a “simplification” of the project of understanding nature by excluding the observer from it. The Indo–Buddhist mode of scientific inquiry explicitly included lived experience, especially the experience of meditation, among its sources of information; Science and Philosophy in the Indian Buddhist Classics offers many glimpses of the ways in which the lived experience of human subjects was among the tools of Indo–Buddhist science. Thus, His Holiness the Dalai Lama notes in his introduction that, in Buddhism, “empirical observation is not confined to the five senses alone … it includes observations derived from meditation.”

In the same way as reading a treatise on physics requires commitment to rehearse its mathematical reasonings and experiments, reading a Buddhist treatise requires one to meditate and realize the meaning of its propositions. The results of this broadening of the basis of knowledge were significant. For one, Indo–Buddhist science was innately critical of ontologies. Indeed, the ontology of permanent substances endorsed by both common sense and classical science is criticized by most schools of Buddhism on the basis of its manifest decomposition in meditative experience. The Sautrantika school thus denied the ultimate reality of universals, substances, and relations. It relegated the ontology of enduring substantial bodies, including bodily atoms, to mere “conventional reality,” whereas the domain of “ultimate reality” was restricted to instantaneous particulars. The Cittamatra school pushed this criticism of substantiality and intrinsic existence even further, considering any manifest entities projections of the mind. It saw atomism as illogical, since the spatial extension of atoms conflicts with their alleged indivisibility. The Madhyamaka school completed this critical process by rejecting any view of inherent existence, while generalizing the “radical relativistic standpoint” of dependent origination.

Broadening the basis of knowledge also has consequences on the so-called “mind–body problem.” As long as perception is the exclusive source of knowledge, the objects of sense perception, circumscribed by experimentation, will be considered the only constituents of the world. Phenomenal consciousness, then, is ascribed a derivative status. The alleged physical origin of phenomenal consciousness, the objective origin of subjectivity, becomes a “hard” (but bias-generated) problem. By contrast, if, as in Buddhist epistemology and in Francisco Varela’s Neurophenomenology, the sources of knowledge are twofold—both third-person and first-person—then consciousness is no longer relegated as a derivative phenomenon. Rather, material and mental phenomena are on a par. Matter and consciousness co-arise as mutual cooperative conditions. No dualism is implied, since neither matter nor consciousness is ascribed inherent existence. This dissolves the “hard problem” of identifying the material origin of phenomenal consciousness.

This input from lived experience, especially from meditative experience, may have represented a hindrance on the path toward modern science, but the situation today is different. As Varela pointed out, in our present, globalizing culture, an acknowledgment of the relevance of lived experience could trigger a new scientific Renaissance, enriching Western science with an aspect it has been missing from the outset. Narrow objectification is perhaps the most expedient, technologically efficient way of acquiring knowledge, but it has stumbled on its own limitations. In domains such as quantum physics, the observation-dependence of phenomena is engraved in the axioms, such as the non-commutativity of observables. And how can one still take the position of an external observer when one of the last “objects” of sought knowledge is nothing other than oneself, one’s lived experience? In that context, the extended epistemology of Buddhism presents an opportunity rather than an inherited burden.

Michel Bitbol is a researcher at the French National Center for Scientific Research (CNRS) in Paris. He holds a medical degree, a doctorate in physics, and an Habilitation in philosophy. After his start in physics, he turned to philosophy, editing texts by Erwin Schrödinger and for­mulating a neo­-Kantian philosophy of quantum mechanics. His work, done in collaboration with Francisco Varela, has drawn a paral­lel between Buddhist dependent arising and non­supervenient relations in quantum physics.