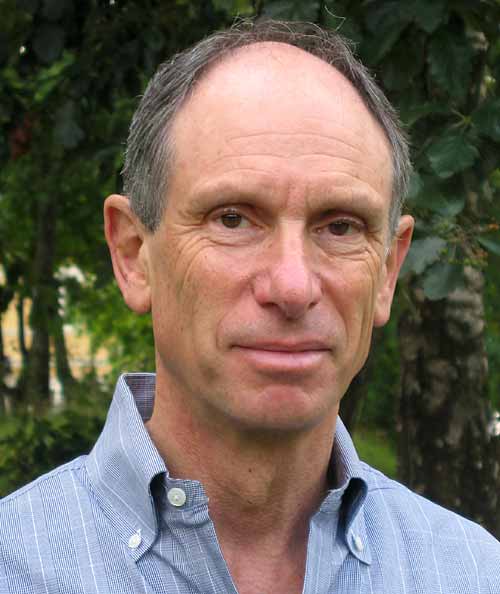 “People are being exposed to so many different traditions and teachers, and so for me the big question is and remains, ‘How to manage that? How do we handle all of that in a way that contributes to people’s understanding rather than confusion?’ I think that’s the big challenge for the Dharma in the West.”

Joseph Goldstein is one of the best-known teachers of Vipassana meditation in the United States. The co-founder (along with Jack Kornfield and Sharon Salzberg) of the Insight Meditation Society and Barre Center for Buddhist Studies, he is the author of such books as A Heart Full of Peace, One Dharma: The Emerging Western Buddhism, and The Experience of Insight.

It has more to do with the public perception of mindfulness, particularly when we people think of meditation. They often think of it as a looking inward—which it is, of course—but I think we don’t often make the connection about how that awareness of our process and how the difficulties we face in our practice become the basis for developing a compassionate attitude and openness to suffering in the world.

On another subject, you recently wrote the forward for Mirka Knaster’s Living This Life Fully: Stories and Teachings of Munindra, which is about Anagarika Munindra, your first teacher. That’s something you and I have in common, actually: Munindra-ji was the first person who ever taught me meditation.

Oh, really? Where were you with him?

I was a student on Antioch Education Abroad’s Buddhist Studies in India program in 1999, and he was one of our teachers.

In writing the forward and looking back on your time with Munindra-ji, did new thoughts or observations come up for you?

I wouldn’t say new thoughts so much—more reminders of so many of the qualities that I appreciated in him. In looking back now, one of the qualities I most appreciated—especially since he was my first teacher—was his extremely open mind with regards to different kinds of meditation practices. He always encouraged us to explore different methods. That’s sometimes unusual in teachers.

I always thought it was kind of perfect that he should be so connected with the AEA program, since [director] Robert Pryor’s vision for it is to be able to offer as wide a spectrum of Buddhist teachings for students to explore as possible.

Exactly. Munindra was an excellent example of that kind of open-mindedness.

I was also curious to ask you: it has been almost ten years since One Dharma was published. That’s a book in which you share some of your observations about Buddhism in the West, and articulate a call for a unity among its diverse traditions. With the boom in technology, especially, among other things, in the years since you wrote the book, it seems to me that we’ve all been able to get an even more nuanced picture of Buddhism in the West. Do you have any new thoughts on this front?

Just reiterations, really: all these various traditions are already here, and already interacting. It’s not so much a question of if it’s going to happen, because it’s already happening. People are being exposed to so many different traditions and teachers, and so for me the big question is and remains, “How to manage that? How do we handle all of that in a way that contributes to people’s understanding rather than confusion?” I think that’s the big challenge for the Dharma in the West.

As I mention in the book, at least in passing, it feels important for people to be grounded in one method or one tradition until they have some stable understanding, and a certain depth of understanding. That seems the appropriate time from which to start exploring other ways of practice for those who are interested. But if people are jumping around a lot from the very beginning, then I think that could be problematic. It’s really a question of timing.

I imagine you’re speaking from experience on this: after having done so much training in Theravada methods, you’ve also studied the Tibetan Buddhist Dzogchen tradition.

Yes, and by the time I did that it felt like such a wonderful new perspective on practice, which I found enriching. But, as I say, that came after some grounding in one way of practice. It didn’t feel confusing to me at all.

I think people really need to assess in their own practice. “Is it time to be exploring other methods? Or is it time to be really deepening in one?” But even having said that, just being exposed to other traditions, other perspectives through reading or talks is fine, even from the beginning. It enriches everything. It’s just important that we give it time to ripen; otherwise, we could be doing a little of this, a little of that, and find that it’s not the best approach.

I spoke not long ago with Jon Kabat-Zinn, and a big part of that conversation was about the incredible increase of mindfulness in the mainstream. As someone who is often consulted on this—I saw you recently on ABC News talking about meditation, in fact—I’m curious about where you think fine-tuning is necessary and what remains to be communicated. Or, is an effective job being done, and everything that needs to be out there is out there?

No, I think we could use some fine-tuning. I think one of the problems is that the word “mindfulness” has quite a range of meanings. What’s important from the Buddhist perspective, which may not always be apparent when the term is used in other ways, it has an ethical component; so it means more than simply recognizing what’s present. It means being aware of what’s present without greed, without aversion, without delusion. So it’s a special kind of awareness, which is a little more precise. So there’s a fine-tuning we need to do to find that place in the mind that is aware of what’s going on, and that also contains that ethical framework. I think that piece may not always be clear to people.

Lastly, do you have a sense of how that could be improved upon, practically speaking?

Well, for example, I just had an interview with somebody—somebody who is deep into a Buddhist practice and training—and was surprised to hear that, from the point of view of this tradition at least, mindfulness means the mind free of those obstructing forces. So that when we’re mindful of something the implication of being mindful is that we’re not grasping at the object or pushing it away, and, more obviously, that we’re not deluded about it. Anyway, this student wasn’t clear that this is what was meant by mindfulness. So that was surprising to me that this student was surprised!

Often in popular culture, mindfulness is taken to mean simply “be present,” rather than how we’re relating to the present. I think that’s a significant understanding that would be helpful to clarify.