Myo, as defined by Hoko Jan Karnegis, the director of the Sanshin Zen community. 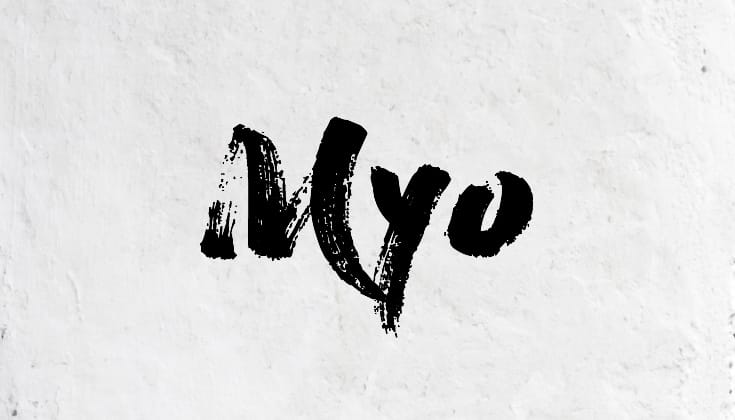 Every art has its mystery, its spiritual rhythm, its myo. This is where Zen becomes most intimately related to all branches of art. The true artist, like a Zen master, is one who knows how to appreciate the myo of things.
— D.T. Suzuki

The eighth-century Kojiki (“Records of Ancient Matters”), Japan’s oldest history book, contains the Shinto story of Amaterasu, the sun goddess, who sealed herself in a rock cave and caused darkness to fall over the Earth. Eventually the other gods lured her out, restoring daylight to the world. Six centuries later, Soto Zen cleric Zeami Motokiyo used this story to illustrate his concept of myo.

Because of its many layers, myo is difficult to translate into English. Variously rendered as “subtle,” “fine,” “mysterious,” “marvelous,” “wondrous,” or “ineffable,” it contains all of these meanings and more. Zeami, also a master of Noh theater, considered myo a mark of the highest level of attainment on the part of an actor but was aware of the difficulties of conveying this meaning, even in Japanese. Thus he used the story of Amaterasu and wrote in his Shugyoku tokka (“Finding Gems and Gaining the Flower”), “The inexpressible and total darkness caused by the closing of the rock-cave door is myo. ”

In the darkness, just before something arises, just before action is taken, just before the light reappears, all possibilities exist. Conventional thought is suspended, yet we have a sense of anticipation, a feeling that something profound is about to show itself. This myo is not the blackness of fear or ignorance or evil but the almost playful hiddenness of something present but unseen by ordinary mind. It is the formlessness just before form.

The ancestor of myo is the Chinese miao, a Daoist term present in the Dao De Jing: “In ancient times, those who were masters of the Dao were mysteriously and darkly complete. [They] are too profound to be understood [today].” Practitioners of Tendai Buddhism and its descendant schools may be most familiar with miao and myo as they appear in the title of the Lotus Sutra (Miaofa Lianhua jing in Chinese; Myoho Tenge Kyo in Japanese); there they indicate the dharma that underlies all phenomena.

Myo represents a challenge to the processes of language and the intellect and an invitation to let go of the usual categories and conclusions of the ordinary mind. Nichiren (1222-1282) wrote that myo “is simply the mysterious nature of our lives from moment to moment, which the mind cannot comprehend nor words express. Life is indeed an elusive reality that transcends both the words and concepts of existence and nonexistence. It is neither existence nor nonexistence, yet exhibits the qualities of both. It is the mystic entity of the Middle Way that is the reality of all things.”

Myo can be present in any activity, but it seems to have a special affiliation with the arts. Zen scholar D. T. Suzuki (1870- 1966) related myo to satori, a personal experience of infinite space: “When satori artistically expresses itself, it produces works vibrating with ‘spiritual rhythm,’ exhibiting myo, or giving a glimpse into the unfathomable.” Traditionally, Japanese masters of poetry, painting, theatre, or martial arts looked for myo as an indication that their students were developing spiritually as well as technically, going beyond mere expertise in the physical skills of their art and freeing themselves to be authentically creative within the form. Myo stands at the intersection between what is and is not said, between doing and just before doing; it contains and accepts both being and nonbeing. Zeami compared an actor accomplished enough to display myo to Rinzai’s “true person of no fixed rank.” “In this art,” he wrote, “when a performer of consummate ability can bring before the audience a performance full of nuance so deep and subtle as to defy any amount of praise, a performance which leaves a deep impression with the audience for which he can give no explanation, a performance which is the embodiment of a level of proficiency that cannot be defined-such a quality of performance can be called myo.”

How does one develop this myo? By not working to develop it. Myo is completely unselfconscious. It cannot be imitated or put on. It is choiceless doing, the direct and spontaneous manifestation of the inexhaustible and formless that happens when the practitioner gets out of her own way. “Although the true master actor is aware that he possesses the myo style, he is not conscious that he is performing it at this moment or that,” noted Zeami. “This nonawareness is characteristic of the essence of myo, as is the impossibility of identifying or clearly pointing it out.” In fact, a skillful teacher refrains from telling a student that she is displaying myo, since it would encourage her to try to recreate the action, killing myo even before she started. Instead, one must simply engage in diligent and wholehearted practice, whether in acting, bowing, using oryoki, or washing windows.

Hoko Jan Karnegis was ordained by Shohaku Okumura in 2005. She is the director of his sangha, the Sanshin Zen community.