Nekkhamma as defined by Ajahn Munindo, a Theravada abbot of the Thai Forest Tradition. 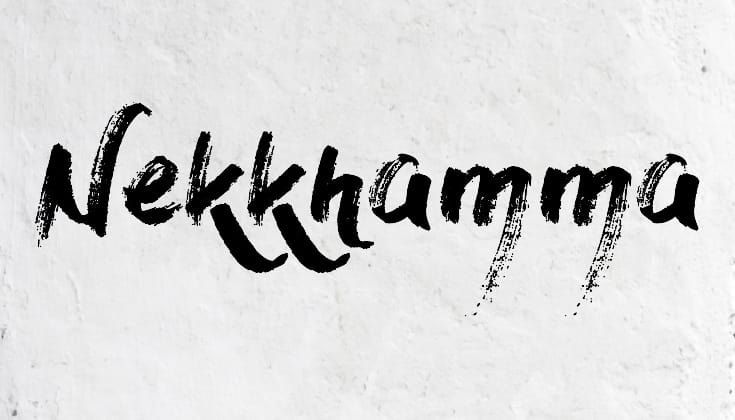 Nekkhamma literally means “freedom from sensual lust,” but it’s more generally translated as “renunciation.” Traditionally, it comes third on the Theravadan list of the ten paramitas, or “forces for transformation,” after generosity and moral discipline. It’s hardly a coincidence that it’s positioned so near the beginning, as it forms the foundation for all Buddhist practice.

It is sometimes mistakenly thought that gestures of renunciation are only made by those who have “gone forth”—that is, by ordained monks and nuns. It is true that the lifestyle commitment for monks and nuns is a great support for the cultivation of this virtue; however, it’s also important for the lay practitioner. If any of us fail to embrace the spirit of renunciation, the results from our effort in Buddhist practice will largely be limited.

Sila (virtue) is supported by nekkhamma, samadhi is deepened by it, and wisdom is nourished by it. The ultimate goal for all followers of the Buddhist path is the complete eradication of greed, aversion, and delusion. And as we know, greed, aversion, and delusion are expressions of our confused belief in self. Letting go of this self that we hold so dear is the ultimate renunciation. Cultivation of nekhamma supports this process.

The Buddha himself acknowledged in the Tapussa Sutta that initially he did not find the practice of renunciation appealing. However, on reflection, he came to understand that the reason part of him was not drawn to it was because he had not accurately seen the consequences of being lost in sensuality. This is therefore one of the contemplations for wanting to renounce and to let go of compulsive distractions; we look deeply into the consequences that arise from the way we relate to our senses.

Buddhists do not approach the practice of renunciation as something we should do. Rather, having considered the principle of cause and effect, we come to see its wisdom. If we cannot release the extra or unnecessary things in our lives, then surely it will be difficult to arrive at the clear seeing, or right view, that is required to follow the other aspects of the Buddhist path.

At first, the idea of not gratifying our sense desires appears to be a guarantee for frustration. But recall for a moment how it feels to be in the supermarket, faced with having to choose from a selection of fifty different types of breakfast cereal. Imagine how good it would feel to be clearly decisive, not just in supermarkets or when browsing eBay, but in every moment. Since most of our indecision results from misunderstanding the drama of senses, it follows that training in renunciation is very beneficial.

The traditional training for the monastic sangha is contained within its hundreds of precepts. For laypeople, the spirit of renunciation is contained in the eight precepts, which are observed during periods of intensive meditation practice and on lunar observance days. Here the usual five moral precepts are expanded by changing one and adding three more. The third precept about refraining from irresponsible sexuality changes to total restraint from all intentional erotic activity. Then there is the sixth precept of not eating solid food between midday and the following dawn; the seventh is refraining from distraction in the form of games, music, and cosmetics; and finally, the eighth is nonindulgence in sleep.

As Westerners, when we read the above we easily confuse training in renunciation with guidelines for ethical behaviour. Refraining from eating a meal in the evening or giving up listening to music are not ethical matters. The encouragement to give up these activities for a time is intended to increase the intensity and focus in our practice. Since the time of the Buddha, lay practitioners have been encouraged to formally take up the eight precepts on the new moon and full moon days. On these days, the lay and monastic sangha would meet and spend time in formal meditation and dhamma discussion.

Today, the good fortune of such readily available dhamma friends is rare. And most people cannot get the day off work just because it is the full moon! However, we can adjust and create our own forms. But whatever practices we develop, it is worth holding in heart and mind the Buddha’s words (as recorded in the Dhammapada, verse 290): “It is wisdom that enables letting go of a lesser happiness in pursuit of a happiness which is greater.” This mindful and skillful cultivation of letting go bares the fruit of selfless bliss.

Ajahn Munindo is the abbot of Aruna Ratanigiri Buddhist monastery in Harnham, England. He was ordained by Ajahn Chah in 1975.