Papañca as defined by Andrew Olendzki, the editor of Insight Journal. 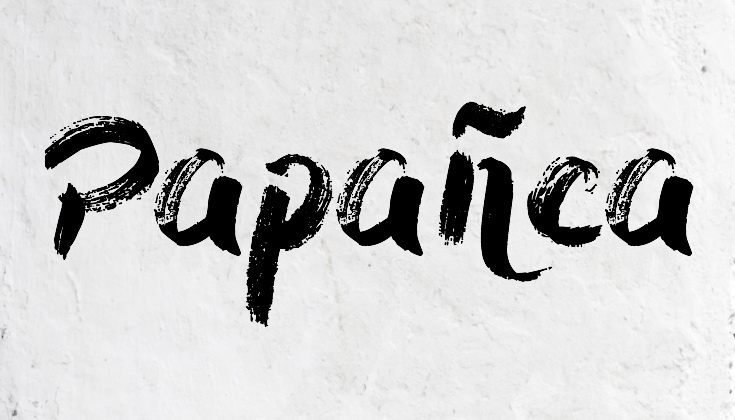 Papañca is one of those delightful Pali words that rolls off the tongue (or bursts through the lips, in this case) and hits the nail on the head. It points to something so immediate, so pervasive, and so insidious that it deserves to join the English language and enter into common usage. The exact derivation of papañca is not entirely clear, but its sense hovers somewhere between the three nodes of 1) to spread out or proliferate; 2) an illusion or an obsession; and 3) an obstacle or impediment. The place where these three meanings converge in experience is not hard to locate. Sit down with your back straight and your legs folded around your ankles, close your eyes, and attend carefully to your experience. What do you see? Papañca.

This term is used to describe the tendency of the mind to 1) spread out from and elaborate upon any sense object that arises in experience, smothering it with wave after wave of mental elaboration, 2) most of which is illusory, repetitive, and even obsessive, 3) which effectively blocks any sort of mental calm or clarity of mind.

These are the narrative loops that play over and over in the mind, the trains of thought pulling out of the station one after another and taking us for a long ride down the track before we even know we’re aboard. Bhikkhu Bodhi, eloquent as always, calls papañca “the propensity of the worldling’s imagination to erupt in an effusion of mental commentary that obscures the bare data of cognition” (from note 229 in Majjkima Nikaya (MN)).

Does this sound familiar yet?

Vipassana meditation has to do with looking deeply into the mind and body to discern the various processes unfolding in each moment that fabricate the virtual world of our experience. The riot of conceptual proliferation is often the first thing one sees, because it is the shallowest and busiest part of the mind. For most of us, the monkey mind chatters incessantly as it swings from one branch to another, seizing first this thought, then that idea, then a host of miscellaneous associations, memories, and fantasies. The basic themes around which all this activity swirls, according to the insights of the Buddha, are craving, conceit, and views. We could watch this show all day and learn very little.

However, as the mind gradually steadies, upon the breath or some other primary object of attention, it gains some strength and becomes calmer. Then it is better able to see the stream of consciousness for what it is, a sequence of mind states unfolding one after another in rapid succession. As the foundations upon which mindfulness are established become more stable, one can look upon the flow of experience rushing by instead of being swept away by it. At this point we can begin to explore the inner landscape and, guided by the teachings of the Buddha, discover how things come to be as they are in our little world.

Mind, it turns out, is layered, nuanced, and deep. Working backwards from the surface toward its depths, we first notice that papañca, the perambulations of mental proliferation, are based upon thoughts. As the Honeyball Discourse (MN 18) puts it, “What one thinks about, that one mentally proliferates.” Mental proliferation is simply thinking run amok. While it is not necessarily a problem to think (though of course “right thought” is preferable to “wrong thought”), once we get to the level of mental proliferation we are seriously off course and nothing good can come of it.

Looking more closely, we can further discern that thinking is itself based upon perception. “What one perceives, that one thinks about,” says the Honey-ball. Perception is the mental function that makes sense of what we are seeing, hearing, smelling, tasting, touching, or thinking. It provides cognitive information about the objects of experience in the form of images, words, or symbols, which are learned in culturally specific ways. We see our world through, as, and by means of perceptions, and more often than not project them onto the world.

Way down under all these layers of mind is a simple moment of contact, the simultaneous coming together of a sense organ, a sense object, and a moment of consciousness that cognizes one by means of the other. This basic awareness is merely an episode of knowing, carrying no content or qualities of its own. All the color and texture of experience, so to speak, are provided by the other concomitant mental factors, such as feeling, perception, and the endless permutations of volitional formations. Awareness itself, if we can reach it under all the whirl and spin, is tranquil, luminous, and unadorned.

As the mind moves through the stages of assembling experience, from awareness to perception to conception to proliferation, it moves farther and farther into the realm of macro-construction. At each step we see less of things as they are and more of things as we construe them to be. Meditation practice works to reverse this process. In the phrases used in the early texts, one abandons obsessive perceptions and thoughts, cuts through mental proliferation, and rests at ease in nonproliferation. And it might not surprise us to hear that those who overcome papañca cross beyond grief and sorrow. However busy it looks from this side, there is light at the end of the tunnel.