Roger Jackson reviews Unfortunate Destiny: Animals in the Indian Buddhist Imagination by Reiko Ohnuma. From the Winter 2017 issue of Buddhadharma: The Practitioner’s Quarterly. 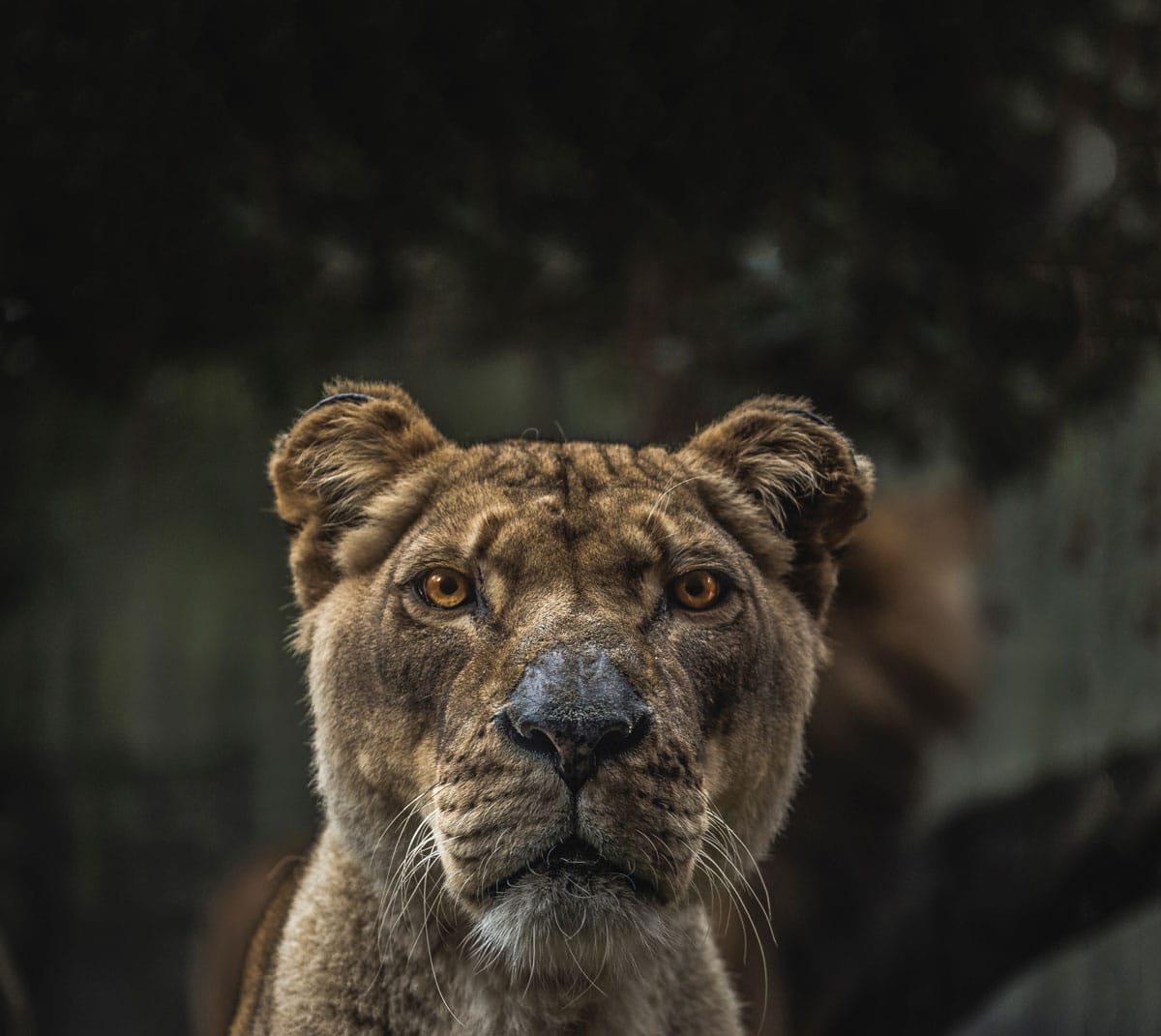 In his great poem, “Song of Myself,” Walt Whitman reflects:

I think I could turn and live with animals,
they are so placid and self-contain’d,
I stand and look at them long and long.
They do not sweat and whine about their condition,
They do not lie awake in the dark and weep for their sins,
They do not make me sick discussing their duty to God,
Not one is dissatisfied, not one is demented with the mania of owning things,
Not one kneels to another, nor to his kind that lived thousands of years ago,
Not one is respectable or unhappy over the whole earth.

Like many of the Transcendentalists, Whitman had a passing knowledge of “Asiatic” philosophies, but his take on the animal realm owes more to Western Romanticism than anything from the East, least of all Buddhism. In fact, from the very first pages of Reiko Ohnuma’s marvelous new book, Unfortunate Destiny: Animals in the Indian Buddhist Imagination, it is evident that the Buddhist view of animals is quite different from Whitman’s: “to be an animal in a Buddhist cosmos is to live a miserable and pathetic existence, to suffer intensely, to lack the intelligence that makes spiritual progress possible, and to die in a state of abject terror, with little hope of ever attaining a higher rebirth (let alone nirvana).”

Ohnuma, one of our finest scholars of Indian Buddhism, admits that she is less interested in animals per se than in how “animals are represented within the world of Buddhist texts, and how, in particular, these representations are used to comment upon human beings, the nature of humanity, and the project of being human.” In that sense, Unfortunate Destiny is not a treatise on animal ethics, like Matthieu Ricard’s recent A Plea for the Animals (Shambhala 2016), but rather a study of how early Indian Buddhist writers—those living before the sixth century CE—depicted animals so as to comment on the cosmos, human society, and religion. In the process, Ohnuma shows us the complexity of early Buddhists’ feelings about animals, feelings that are shaped by both spiritual aspiration and moral ambivalence.

Drawing on a wide range of Pali and Sanskrit materials, most of them narrative, as well as Western writings on animals, Ohnuma divides her discussion into three sections that cover, respectively, the generally lamentable state of animals as seen by early Buddhists; the role and importance of animals in the Jatakas, the stories of the Buddha’s previous lives; and animals that play a significant part in accounts of the Buddha’s “final” life.

Ohnuma begins by detailing the ways in which an animal rebirth is included among the lower realms of samsara: a miserable, pitiable existence that both results from negative karma in a previous life and entails the performance of further evil deeds that will assure future bad rebirths. According to Ohnuma, early Buddhist cosmology is in fact straightforwardly “speciesist,” establishing an impermeable boundary between the human and the animal. The boundary is absolute because animals, unlike humans, lack speech, intelligence, and proper social constructs, resulting in “a lack of moral agency and an inability to engage in spiritual cultivation.” In Buddhist literature, it often seems that the only worthwhile realm of samsara is the human realm, since it typically is said that only humans can attain nirvana. 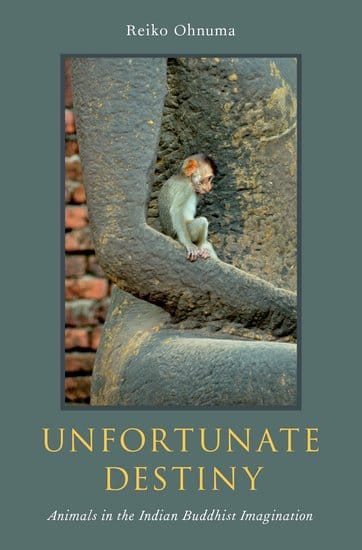 Having painted this bleak portrait of the animal realm, however, Ohnuma goes on to add nuance to the picture by examining stories in which animals—a bull saved from slaughter, a talking parrot, a flock of geese, a black snake, and a buffalo—happen to catch sight of the Buddha and spontaneously generate prasada, or faith, a virtuous attitude that, after death, leads to rebirth in a god realm, where they can actually grasp the dharma and eventually proceed to a human birth and liberation. Ohnuma is careful to note that these stories (which may lie behind such Mahayana Buddhist practices as exposing animals to sacred objects and sounds or purchasing and freeing them on festival days) do not exalt the animal realm or the spiritual potential of its denizens, since real progress is only possible outside its confines. Indeed, these fortunate few creatures are exceptions that prove the rule that animal existence is unremittingly awful.

In the section titled “When Animals Speak,” Ohnuma mines the Pali Jatakas for examples of animals that think, feel, and speak like human beings. She finds many: fully 40 percent of the stories have a main character that is an animal, often the Bodhisattva—the future Buddha—himself, who variously is born as a monkey, deer, goose, lion, parrot, elephant, lizard, mouse, frog, pig, dog, jackal, and nearly twenty other species. These stories, which are vital to Buddhist moral instruction throughout Asia but underappreciated in the West, not only use animal voices and deeds to comment on the human realm but often reflect specifically on human mistreatment of animals. For instance, in the Salaka Jataka, a monkey tired of abuse by his human owner manages to escape into a mango tree. When the man attempts to lure him down with flattery and promises of a better life at home, the monkey replies:

You think of me as a “friend,”

And yet you beat me with a bamboo staff!

I’ll enjoy myself in this grove of ripe mangoes.

You can go home, if you wish.

Amid fascinating asides on the talking-pig movie Babe and the late-nineteenth-century American penchant for publicly executing “bad” captive elephants, Ohnuma analyzes a number of Jatakas that provide “a Buddhist voice speaking up in defense of animals.” The animals in these tales use their wits to evade capture and slaughter, and their words and actions amount to a sharp critique of the human penchant for hunting, capturing, abusing, killing, and eating their fellow sentient beings.

The section titled “Animal Saviors” focuses on stories in which animals—“not only clever, but virtuous”—rescue humans from either physical or moral peril. Those who compassionately rescue lost or stranded humans often are rewarded by betrayal and death, but not before they can raise the question “How wicked can a human being possibly be?” In other stories, animals captured by kings display such eloquence and moral clarity that they actually persuade their captors to afford just and merciful treatment to both humans and animals within the kingdom and, in one case, encourage a king to take up the five lay Buddhist precepts. These tales, says Ohnuma, complete the “rehabilitation” of animals and arguably contain “an incipient Buddhist theory of animal rights” that considerably complicates the uniformly bleak depiction of animals introduced earlier.

Finally, in “Animal Doubles of the Buddha,” Ohnuma offers rich reflections on stories about animals intimately related to the Bodhisattva in his final life, in which he becomes the Buddha. One example is the Bodhisattva’s horse Kanthaka, who carries his master into his “great retirement” from lay life. In some versions of the tale, instructed by the renunciant prince to return to Kapilavastu, Kanthaka obediently returns to the capital, where he becomes a “scapegoat” for the Buddha, blamed by the populace and the Buddha’s distraught family for the prince’s abandonment of his kingdom. Heartbroken and reviled, he soon dies—only to be reborn as a god in heaven and eventually attain nirvana.

In her conclusion, Ohnuma stresses the complexity and ambivalence of the Indian Buddhist attitude toward animals, which seems to oscillate between a recognition of radical difference and a feeling of kinship and identity, the former predominating when the attainment of liberation is the concern, the latter when ethics come to the fore. Because Buddhism always balances these two sides—the quest for spiritual freedom and compassionate engagement with others—the discussion of animals in tradition provides a lens through which we may clearly view the problems and principles articulated by the Buddha and his early followers. As Ohnuma writes, “While animals remained distinct from human beings through their lack of language, animals themselves became a language through which Buddhist authors could speak—and on occasion, animals themselves could be heard.”