A new article in The Atlantic says more Americans with mental illness are turning to Buddhism for mental health treatment. Experts might advise otherwise. 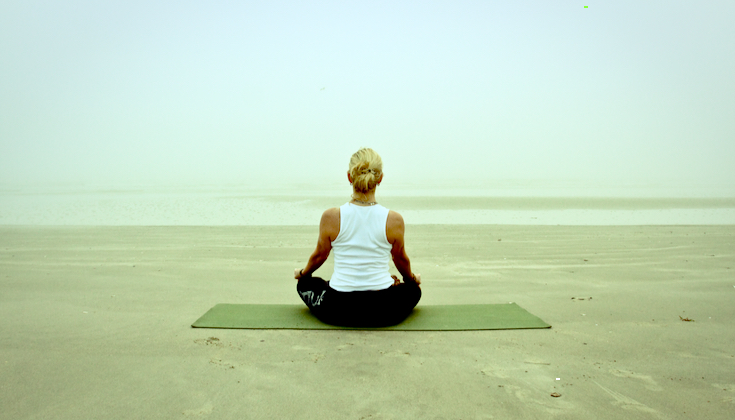 Photo by I Am Ming.

Last week, The Atlantic published an article on the growing number of Americans pursuing Buddhism as a treatment for stress and mental illness. Compared to psychotherapy and psychiatric medication, the article states, some Americans see Buddhism as a low-cost alternative. A week later, The Atlantic published a response from a reader, offering a different take: “It should be addressed that no form of Buddhist practice is a replacement for professional psychological help.”

The response from the reader — who writes that they are a practicing Buddhist with bipolar disorder — is more in line with the popular opinion among Buddhist teachers and mental health professionals. It’s misleading — or potentially dangerous — to see Buddhism as an alternative to mental health treatment.

This piece is fine, but I worry about people turning to Buddhism to "solve" serious mental health problems. Meditation, especially the DIY variety, is not a panacea for depression and other disorders. https://t.co/QTZg6GUs3M

In a 2017 Buddhadharma article, psychotherapist Debra Flics wrote, “Many Westerners, when they come to dharma practice, come looking for psychological healing—but this is not what meditation was designed to do.”

There is a common attitude in meditative communities that meditation can — or should — solve mental health issues. In 2017, after meditation teacher Michael Stone died from a drug overdose, his wife Carina wrote about Michael’s struggle with mental illness in Lion’s Roar:

“Michael sought psychiatric help and meds after years of resisting them. He had avoided the bipolar label for as long as he could, which delayed treatment. He hoped to heal himself through practice. This is an all too common theme in yoga and dharma worlds: If you practice deeply enough, you will heal, and if you don’t heal, your practice or something in you is flawed. But meditation is not a panacea, and can even be counterproductive for people with severe challenges.”

In recent years, many mental health professionals have promoted meditation as a complement to other treatments — like therapy and antidepressants — for working with mental illness. On the advice of a professional, meditation can sometimes support mental health.

Find more information on Buddhism and mental health in our archive and learn about the benefits of meditation and how it works on our “How to Meditate” page.