Carina Stone on the tragic death of her husband, the Buddhist teacher Michael Stone, the challenges he faced, and the gifts he gave. 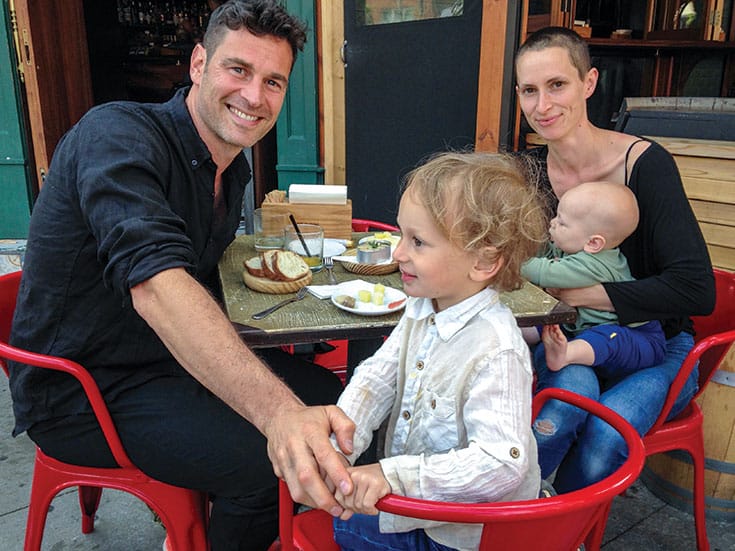 I arrived at Michael’s emergency room bedside in the dark early hours of July 14. As he lay in a coma, the first words I could find were Thank you.

Too much brain damage. Too much swelling. Heart in shock. I studied him, looking for the continuity between this moment and all the previous ones — our nearly seven years together, our art, love, and children. I put my cheek to his under the overhead brights. His skin was sweaty and eyes tear-stained. Face of a buddha. In this rupture, Thank you. A vitals machine beeped. A nurse. An ocean of collapse.

Two weeks later, we assembled along the shore of our home island in British Columbia for Michael’s memorial ceremony. At the moment we were to ring the opening bell, a speedboat whizzed by and a man leaned out to shout, “Congratulations on your wedding!” My heart sank in horror, until I realized how funny, how Michael, this was. How lightly he held the deepest things.

The ephemeral nature of life aroused and fascinated him. That things could change in a moment liberated him to live fully.

Two years before, we had gathered like this for our wedding. Wedding, funeral. Life, death. I knew there was no separation, but now I’m coming to feel it in my skin. I want to process this with him, talking late into the night after the kids are in bed. The ephemeral nature of life aroused and fascinated him. That things could change in a moment liberated him to live fully.

I knew Michael for almost a decade. I was drawn to the lightness with which he held serious Buddhist practice. He worked at the intersection of personal, political, and ecological awakening. He meant it. He had a way of connecting that made people feel deeply seen and understood. And he was funny.

Michael taught silent meditation retreats in North America and Europe, as well as yoga and meditation workshops that combined practice with study. He wrote and published. Amidst travel, writing, and meeting students, our family grew and flourished. I saw his buoyant, generous heart giving in so many spheres, outside and inside our home. Our children adore him. He is my best friend. Thank you. 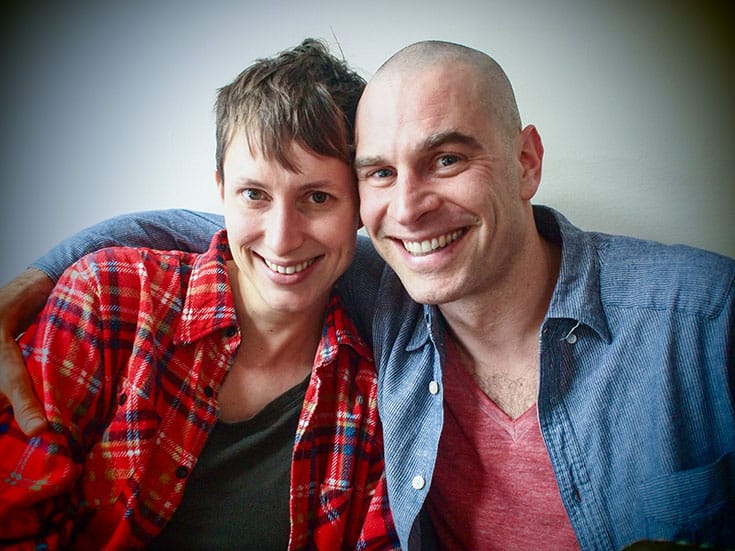 The news of his accident ripped open the seamless continuity of our life. In the moment police came to my door to rush me to the hospital, all of my reference points flew out of grasp. Everything was instant and raw and without bones. But in a certain way, I may have been less shocked than many others. He was accidentally poisoned in an attempt to self-medicate with street drugs. I knew Michael was at risk. He lived with bipolar disorder his whole life.

Bipolar disorder is characterized by an oscillation between normalcy, mania, and depression. Michael experienced major downs a few times a year, and otherwise would rapidly cycle between normal and manic states. Mania appeared as sudden irritability, impulsivity, and a narrowing of perspective. I would first see it in his face. He could not articulate the experience easily; his awareness, at times so expansive, would narrow. He would describe how energized and relentless his mind was, and how much energy he struggled to quell or channel productively. Subtle stressors could trigger a mood shift: a too-itchy sweater, socializing late in the evening, time zone travel, changes in daylight, or unusual diet. A vague incoherent darkness underlay the mania.

For two decades, formal Buddhist practice anchored Michael. The structure of forms helped him. The timer, the bows, the incense, the chants, unchanging and predictable. The safety of the container was very real for him; lack of form could trigger an ungrounded state where his expansive mind could venture too far from the limits of body, life, and family. 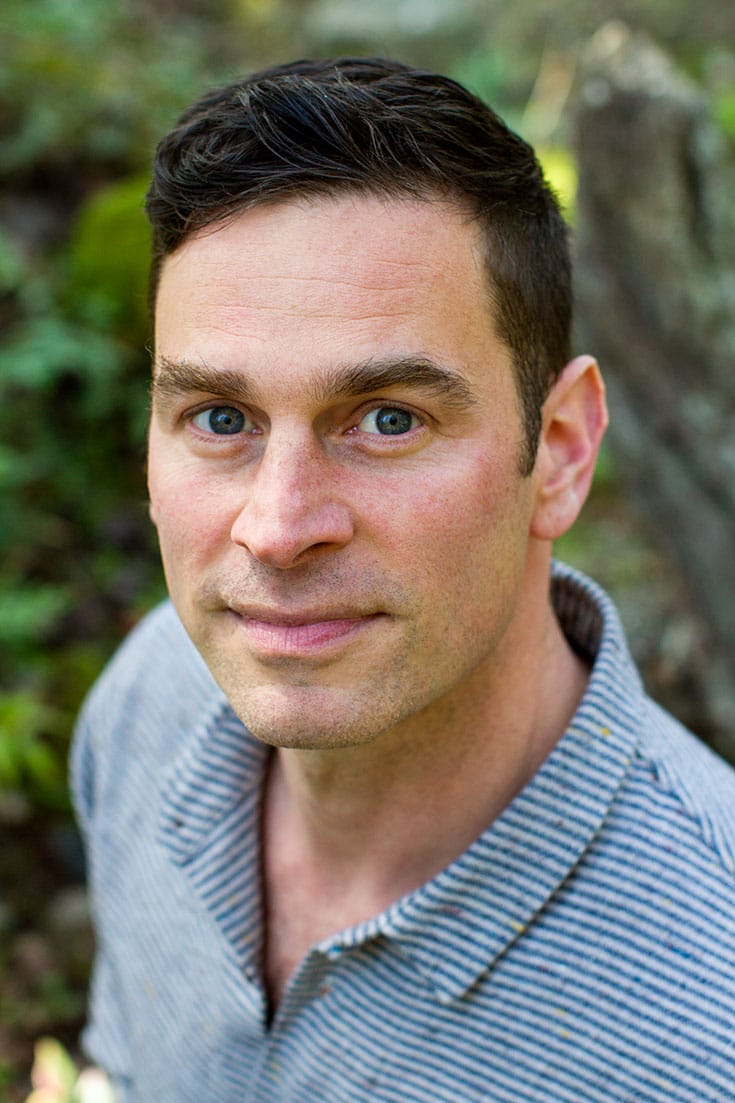 Michael sought psychiatric help and meds after years of resisting them. He had avoided the bipolar label for as long as he could, which delayed treatment. He hoped to heal himself through practice. This is an all too common theme in yoga and dharma worlds: If you practice deeply enough, you will heal, and if you don’t heal, your practice or something in you is flawed. But meditation is not a panacea, and can even be counterproductive for people with severe challenges. Michael’s practice was deep, but he began to unravel. His already fluid mind became more destabilized by meditation.

Finally, he turned to psychiatry. Balancing meds was a dance. He wrote once that his practice was a mix of studying the great Zen philosopher Dogen and learning everything he could about lithium. He had to be flexible about what deep practice looked like. He sat as much as felt supportive to him. Sometimes ten or twenty minutes was his limit. In the worst times, he needed to move his body instead, running or lifting heavy things.

This created a fracture in his sense of belonging. A core insecurity was that he could be controlled by forces outside his awareness that could sweep him away without warning. But as a spiritual teacher whom so many looked to for stability, Michael felt pressured to contain, even hide, his own fragility. Buddhist practice encourages not-knowing, and yet paradoxically expects complete self-awareness in its teachers.

We are all going to die. Knowing one another is very precious. At the moment of death, the only thing that really matters is the condition of your heart. —Michael Stone

He worked hard. His capacity to hold and accept others with compassion was huge. He knew vividly what is true for all of us — the mind is more unstable than it seems. The goal of practice is not shoring up a solid self; it’s waking up to the reality of the fluid, ever-changing ground we live on, a ground that cannot be fully knowable and can even be disturbing. In the face of this, Michael remained open, bright, and curious.

In the book he was completing when he died, he wrote:

“We are all going to die. Knowing one another is very precious. At the moment of death, the only thing that really matters is the condition of your heart.”

He gave so much to so many. After his death, the outpouring of love and support from around the world felt like a direct reflection of this generosity. Three of his organs — his lungs and both kidneys — went on to save three lives. His heart had tired out too much for transplant. It’s for the world now.