All marriages end — either in death or divorce. From a Buddhist perspective, that just makes each day of marriage even more special. Here is a collection of Buddhist advice on finding profound joy within marital bliss. 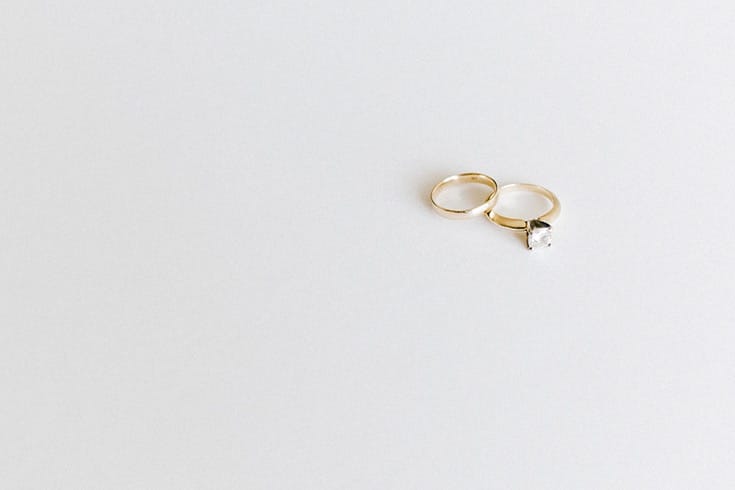 To me, there are a lot of good reasons to get married. And when I read through beautiful personal stories of weddings and marriage on Lion’s Roar, I find even more. Still, as a Buddhist who believes in non-attachment, who grew up surrounded by divorce, who lives in an era when long-term relationships are often seen as unrealistic, I’ve faced two questions over and over since I proposed to my partner:

Why would I get married? Won’t it just ruin a good thing?

Indeed, Buddhists are the least likely faith group to get married, and one of the most likely to be divorced. But I see an especially good “Buddhist reason” to get married: it’s a profound practice.

On my wedding day, I will vow to devote myself to the health and happiness of another person for all of my days. To me, it’s hard to imagine something more profound — or more Buddhist — than that.

Vowing is a powerful traditional practice that pervades the whole Buddhist path. Norman Fischer explains that, “In the practice of vowing, there is no sense that I will ever fully accomplish what I intend. My vow is beyond that — it is to keep on going with my practice forever.”

The late Zen teacher Zenkei Blanche Hartman wrote that couples should talk about their values and concerns, to understand the common ground in their views of a relationship. “I think that is very important to a lasting marriage,” says Hartman.

Once a couple has a commitment to each other — whether through marriage or another non-nuptial agreement — every moment in the relationship can serve as the ground for spiritual practice. The key is to dedicate oneself to the practice of a relationship. “Be wholehearted and committed in working within the form of marriage so that it becomes a practice and thus a chance to investigate the nature of suffering and liberation,” advises Narayan Helen Liebenson.

Sylvia Boorstein relates a beautiful story about friends of hers who expressed their wedding vows as a modification of the Buddhist precepts:

“Dwayne and Sara are now into the second decade of their marriage,” recounts Boorstein, “and they continue to say these vows to each other every morning. Reaffirming their intentions for how they will be together sets up a signal in their minds so they can catch a thoughtless word or action in advance of it manifesting. They are very happy.”

The practice of a relationship also includes a poignant Buddhist reminder: that of impermanence. A relationship will be hard and it will definitely end — either in breakup or death. The Buddhist view is to work with this reality and use it as inspiration to be kind and thoughtful in every moment of a relationship. As Buddhist teachers Narayan Helen Liebenson, Tenzin Wangyal Rinpoche, and Sallie Jiko Tisdale explain: sometimes a marriage doesn’t work out, and that’s okay.

On Lion’s Roar, you can find lots of personal stories and advice related to weddings, marriages, relationships, and divorce. Here’s a selection:

How to Have a (More) Buddhist Wedding

It’s your special day, so why not bring some dharma to the proceedings? James Ishmael Ford shares tips on how to do it—while not weirding anyone out.

When Steve Silberman got married in 2009, he and his husband found themselves in the middle of an American culture war. For them, getting married was like opening the door to a secret garden.

It may not be forever, but for right now Rachel Neumann and her partner of 20 years celebrate their love.

Till Death Do Us Part

Love all beings? Love even one? Either way, your heart breaks open. Susan Piver ponders the choiceless choices.

Ask the Teachers: Will Marriage Get in the Way of My Practice?

Narayan Helen Liebenson, Blanche Hartman, and Geshe Tenzin Wangyal Rinpoche answer a reader’s question about the paradox of attachment and renunciation in marriage.

Thich Nhat Hanh shows us how we can use loving relationships to cultivate the seeds of buddhahood inside us.

Do Buddhists follow prescribed rules regarding marriage or sexuality?

Because Buddhism is practiced in so many different countries, from conservative Asian societies to the socially liberal West, Buddhists’ approaches to sexuality and marriage differ widely.

I Married a Monk

Sumi Loundon Kim expects the worst when she and her Korean boyfriend ask his Zen master for permission to marry. But a personal bodhisattva has already intervened on their behalf.

Awash in the pain of betrayal and a failed marriage, Laura Munson practices Pema Chödrön’s teachings on loving-kindness. It’s hard but it helps.

Ask the Teachers: Should I believe the thought that I want a divorce?

Narayan Helen Liebenson, Tenzin Wangyal Rinpoche, and Sallie Jiko Tisdale answer a reader’s question about whether to accept a thought that would cause pain or just let it go.