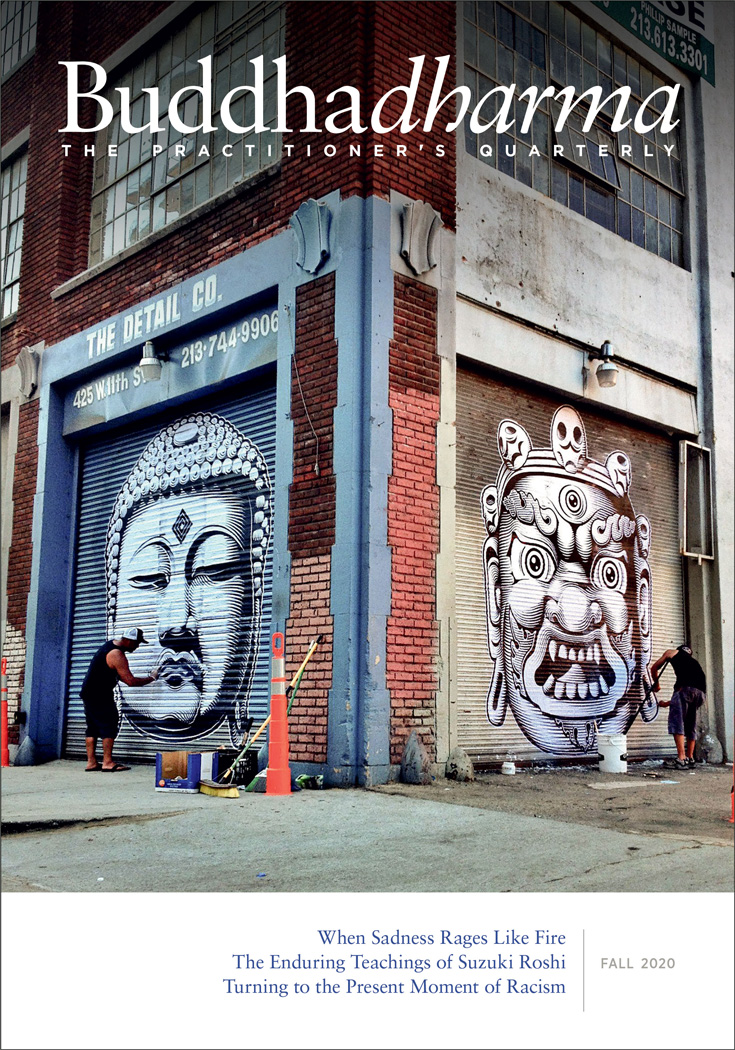 The Fall 2020 issue of Buddhadharma: The Practitioner’s Quarterly features in-depth teachings for cultivating your Buddhist practice and manifesting those teachings meaningfully in everyday life. Inside, you’ll find thoughtful commentaries, reviews of the latest Buddhist books, Ask the Teachers, and more.

Pema Khandro Rinpoche shares the life of the Tibetan yogi Shabkar, whose practice and teachings were inseparable from loss and grief.

To mark the fiftieth anniversary of Shunryu Suzuki Roshi‘s Zen Mind, Beginner’s Mind, we present two teachings from the book, alongside testimonials from Buddhist teachers who were influenced by it.

Turning to the Present Moment of Racism

The Opposite of Grasping Is Intimacy

Where are you stuck? What would it take to get unstuck? Lama Willa Miller explores the idea of “entanglement,” coming to the conclusion that the opposite of attachment isn’t detachment — it’s intimacy.

Waking Up in Dark Times

Ajahn Sucitto reflects on the hopelessness he sometimes feels in the face of climate change, and how practicing in these times is a bit like walking in the dark: intimate, awake, and full of the unknown.

Tulku Urgyen Rinpoche (1920–1996) on the differences between Mahamudra and Dzogchen—and the relationship between them.

“What is the Buddhist view of hope? Is it just another delusion that pulls us out of the present moment and causes suffering, or can it also motivate us to work in a way that creates a better future?”

The Irish Buddhist: The Forgotten Monk Who Faced Down the British Empire  by Alicia Turner, Laurence Cox, and Brian Bocking

Love and Rage: The Path of Liberation through Anger by Lama Rod Owens

The Non-Existence of the Real World edited by Jan Westerhoff