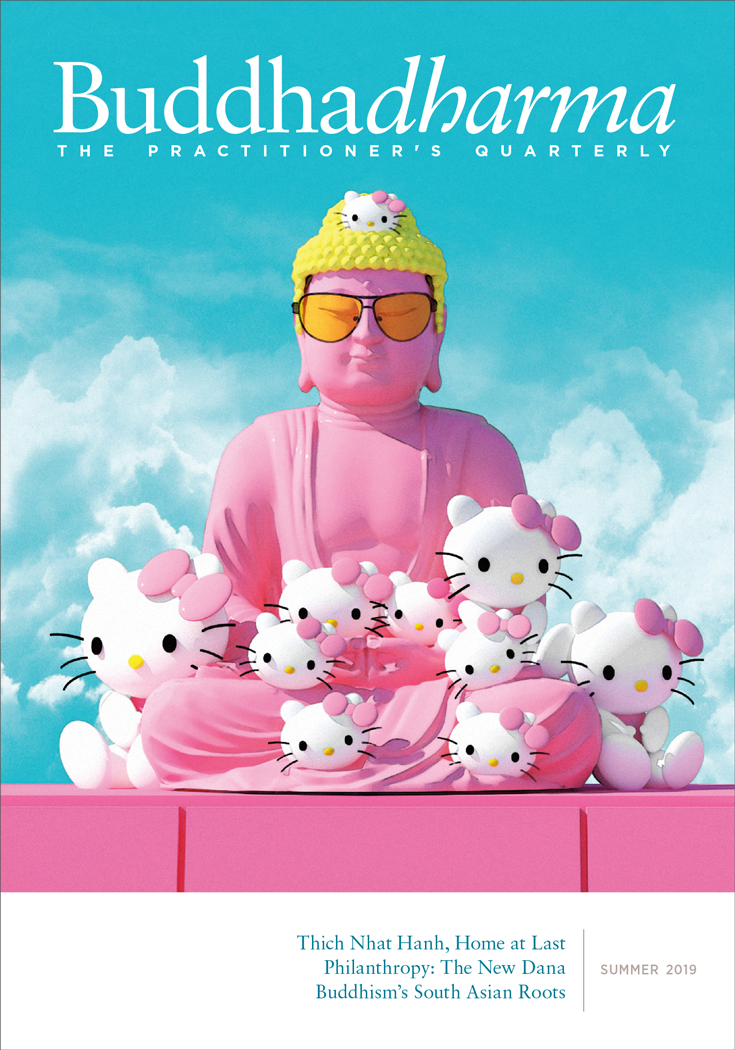 The Summer 2019 issue of Buddhadharma is available now. Preview the magazine contents and sample articles below.

Packed and Ready for Whatever’s Next

Tenzin Wangyal Rinpoche offers a fresh teaching on phowa practice and how navigating the various transitions in our lives, including the very small ones, lays a foundation for navigating the much bigger ones when they come.

Pamela Winfield invites us to consider how we look at dharma art and how we might open ourselves up to the depth that’s really there.

Elise Anne DeVido examines the life and legacy of Thich Nhat Hanh, the Buddhism he planted in the West, and how we can understand it in terms of its Vietnamese origins.

When We Look Deeply

Thich Nhat Hanh on the nature of consciousness.

Vishnu Sridharan points out a blind spot in Western Buddhism — South Asia is exoticized, while Buddhism’s origins in South Asian culture are ignored.

The Ground of Resilience

Geoffrey Shugen Arnold, Roshi suggests a path forward, one we can hold to even in the face of great difficulty.

Some of the most ambitious work in Buddhist communities is being backed by philanthropic institutions. Haleigh Atwood explains where the support is coming from, and who qualifies for it.

How Buddhists Can Benefit from Western Philosophy, by William Edelglass

The Epic of the Buddha: His Life and Teachings, translated by Todd T. Lewis and Subarna Man Tuladhar

A Bird in Flight Leaves No Trace: The Zen Teachings of Huangbo with a Modern Commentary, by Master Subul Sunim

Guardians of the Buddha’s Home: Domestic Religion in the Contemporary Jodo Shinshu by Jessica Starling

I Can’t Believe It’s Not Buddha!, by Bodhipaksa