In a new survey, three-quarters of respondents said they don’t personally know a Buddhist. 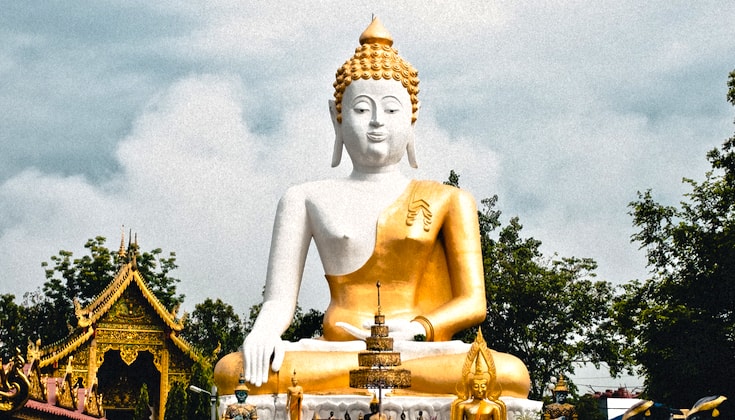 In a new study on Americans’ religious knowledge, 38% of respondents said they know “not much” about Buddhism. For the study, which was conducted by the Pew Research Center, 10,971 Americans were asked 32 multiple-choice questions on religion, including questions on Christianity, Buddhism, Hinduism, Islam, and Judaism. While most respondents seemed to have general knowledge regarding Christianity, the respondents had substantially less understanding of the other religions.

One of the survey questions on Buddhism asked respondents to identify one of Buddhism’s four noble truths, given four options. About one-fifth of Americans correctly identified the “truth of suffering,” while another fifth selected “every living being has an immortal soul,” — a view upheld in Hinduism, often conflated with Buddhism, but explicitly rejected in Buddhist teachings.

The study asked respondents to rate their views towards various religions out of 100, with a higher number indicating a more positive impression. Of all religions, Buddhism had the largest difference in ratings between those who know a lot about religion and those who don’t. Americans who scored well on the religion quiz gave Buddhism an average rating of 65/100, while those who scored poorly gave Buddhism a relatively low rating of 49/100. In general, the study found Americans who knew more about a religion had significantly more positive views of both the religion and its adherents.

To read more on this study from the Pew Research Center, you can look at the complete findings here. And, if you want to test your own knowledge of religion, you can take the 15-question survey quiz yourself.

If you want to brush up on your knowledge of Buddhism — or share info with someone you know who would like to learn more — you can find some introductory articles and answers to common questions, here: