In the US midterm elections on Tuesday, the Democrats took control of the House and seven governorships while the Republicans strengthened their hold on the Senate. Six Buddhist teachers interpret the outcomes through the lens of Buddhist wisdom. 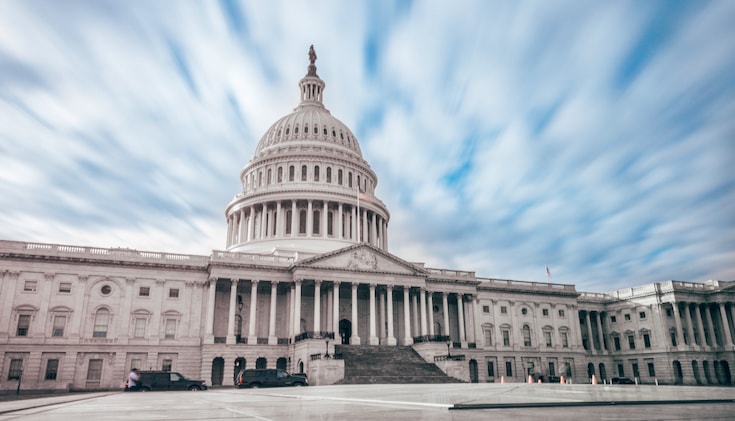 Upaya and the Middle Way

After two impossibly long years of what seemed like daily offenses to the minds and hearts of people committed to ending suffering, the midterm elections delivered what one could only hope is a reprieve.

If you believe balance is essential to good government, it seems clear that the path of moderation will bring relief from the extremes of power greed, policies rooted in hatred, and the ignorance of white nationalism and misogyny.

Many Democrats wrestled back control of the House by appealing to basic decency, fairness and a dawning realization that affordable healthcare for everyone is a good thing, after all. They avoided the pitfall of appealing to people’s lower impulses of retaliation, vendetta, and payback by any means necessary.

In so doing, they rescued the possibility that, as a nation of peoples of varying ways, we can work together to face great challenges and great differences when we turn our attention towards what we care about rather than reacting against what we think we fear.

The Middle Way won the day. The Buddha would be proud.

But we, the people, should also be proud of the extremists that exercised Upaya — skillful means — by pulling hard toward the furthest margins in exactly the places we need to. Extremists for immigrants, for queers, for having a House that looks more like the rest of us.

The biggest win is that we took up the issues the Buddha might not have shown up for when his gender and position of power prevented his wisdom and compassion from doing so.

In the end, we don’t need to just make the Buddha proud, but to make sure his momma is taken care of in elderhood. We need to make sure his son is safe from guns. We need to put as many women, colored folks, and people that walk, eat, and pray in their own way in positions to represent the multiplicity we all are.

Community is Most Important

In the aftermath of the elections, I’m heartened to see my own state send one of the first Native American women to Congress: Deb Haaland of Laguna Pueblo (along with Sharice Davids of Kansas). They join a record number of women, particularly women of color, heading to Washington. At the same time, I am distressed — but not surprised — to see two of the most promising gubernatorial candidates, Stacey Abrams and Andrew Gillum, and their supporters subjected to flagrant voter suppression. Perhaps more than anything else, the midterms highlighted the deep divisions in the US, (maybe more accurately be called the Disunited States), and the continuing presence of the white supremacy that permeates the entire system.

Where does this all go? I’m thinking a lot of Bernie Glassman, this week, and his profound teachings on being with not knowing. And also thinking of friends at the Buddhist Peace Fellowship and their teachings on taking skillful and bold action in the midst of not knowing. All I know for sure is that the most important thing is to continue growing beloved community, right where each of us is. In my home regions of Northern New Mexico, that means protecting water from contamination from Los Alamos Nuclear Lab, listening deeply to the stories and herstories of the diverse people who live there, and celebrating together the gifts of Mother Earth. That’s the kind of work that encompasses every single person no matter what their political beliefs.

A Fresh Breeze in Washington

The midterm elections last night brought a mixture of good news and bad news. The Republicans still won too many contests for comfort, but the Democrats did take the House, creating a roadblock against the Trump administration’s toxic policies. An unprecedented number of women were elected to Congress, among them Native Americans, Latinas, Muslims, and African Americans — a fresh breeze blowing through stagnant chambers.

“Somebody has to take a stand for peace. If not Buddhists, then who?”
—Pablo Das

The election underscored the widening gulf in this country between those who adhere to monolithic fantasies of an America whose essential identity is white, patriarchal, and Christian, and those committed to a pluralistic national identity — a colorful tapestry grounded in changing demographics. It pitted hate and bigotry against compassion and mutual respect, and the latter side is clearly ascending as a shared affirmation of our common humanity.

Nevertheless, it won’t suffice for the Democrats to complacently celebrate their moderate success at the polls. The days of congenial bipartisanship are over. In the months ahead, they have to be bold, they have to be fighters, and they have to let the younger, more progressive wing of the party set the agenda. Along with them we must valiantly pursue a vision of social and economic justice, fight against corporate dominance, and advocate for a foreign policy of peaceful global collaboration. With utmost haste we must cut carbon emissions and usher in a clean-energy economy. Resistance from the right will be strong, but we have the future on our side. With trust and determination, we can make the pivotal changes this country needs to realize its potential greatness.

Bring Values and Action Together

Elated your candidate won? Devastated your issue didn’t pass? With the Buddha’s teachings, you can avoid getting swept up into the worldly winds of analyzing the losses and gains.

Whatever happened, it’s time to stay strong with political strategies aligned with Buddhist practice and values.

At Buddhist Peace Fellowship, our political work stays steady through the seasons, building spiritual friendship between leaders of groups like Black Lives Matter, Students for a Free Tibet, and Greenpeace. Elections are just one part, only as effective as the wave of interconnected people who can hold leaders accountable.

What will you do next? At BPF, we evaluate ideas with our Block Build Be framework, three strategies to bring values and action together:

We saw Block Build Be in the South’s elections — fights aligned with a long history in freedom struggle. The NAACP blocked voter suppression in Georgia on Tuesday. Florida is building a new future of empowered voters, authorized to vote after serving felony sentences.

As Trump intensifies attacks on immigrants, will you block more, using your body to interrupt harm? Will you help build immigrant-led movements to support the bold immigration policy dreams of Indigenous, Muslim, Black, and Brown women newly elected to office? Will you invite apolitical friends to join these movements to be aligned with values of love, compassion, and freedom for all beings?

How will you take both your elation and devastation, and start to Block Build Be?

I’m a college-educated, Japanese American woman, registered pro-choice Democrat, originally from Ohio and a longtime resident of Oakland, California. I’m also Buddhist. And, I am much larger and more nuanced than how I’ve just self-identified.

Regarding these midterm elections, I’m simultaneously joyful that “we” (including so many totally kickass women) have taken the House in Congress, I’m grateful for “the Blue Wave,” and I’m aware of what I regard as a bottom line in the spiritual dynamics of victory and defeat. I see a bigger picture: in the U.S. we have for a long time needed a new form of nonviolent social consciousness to arise that seeks to equitably redistribute power and wealth through breakthrough practices of inclusivity of difference rather than attempts to unify through negation of difference.

“Victory gives birth to hate; The defeated sleep in anguish,” the Buddha is said to have said, in the Dhammapada’s chapter on happiness (sukkha), translated by Gil Fronsdal.

This won’t change the way I vote, most likely. But I don’t regard those in rural “America” who are digging further into Trumpism as my enemy. I grew up in a rural area in Ohio. As divisions deepen in the U.S., we will all lose because of the increase in hatred and violence. May our political actions be rooted in metta, karuna, and prajna (unconditional loving-kindness, compassion, and wisdom). May we refrain from scorn and intransigence, instead moving into revolutionary new ways to honor and preserve all life.

As the midterms come to an end and we turn to the 2020 presidential election cycle, I encounter a familiar internal tension between dharma practice and what it means to engage with representative democracy. Three dharma concepts frame my political engagement. They are: the first noble truth, responsiveness, and peace. I try to hold them my mind simultaneously.

Dawn Haney is Co-Director of the Buddhist Peace Fellowship: www.bpf.org.

Pablo Das is a Buddhist teacher, musician, amateur queer historian and a practitioner of somatic experiencing. He has a one-on-one coaching practice specializing in integrating Buddhist practice and principles in the resolution of trauma. He lives in Los Angeles.