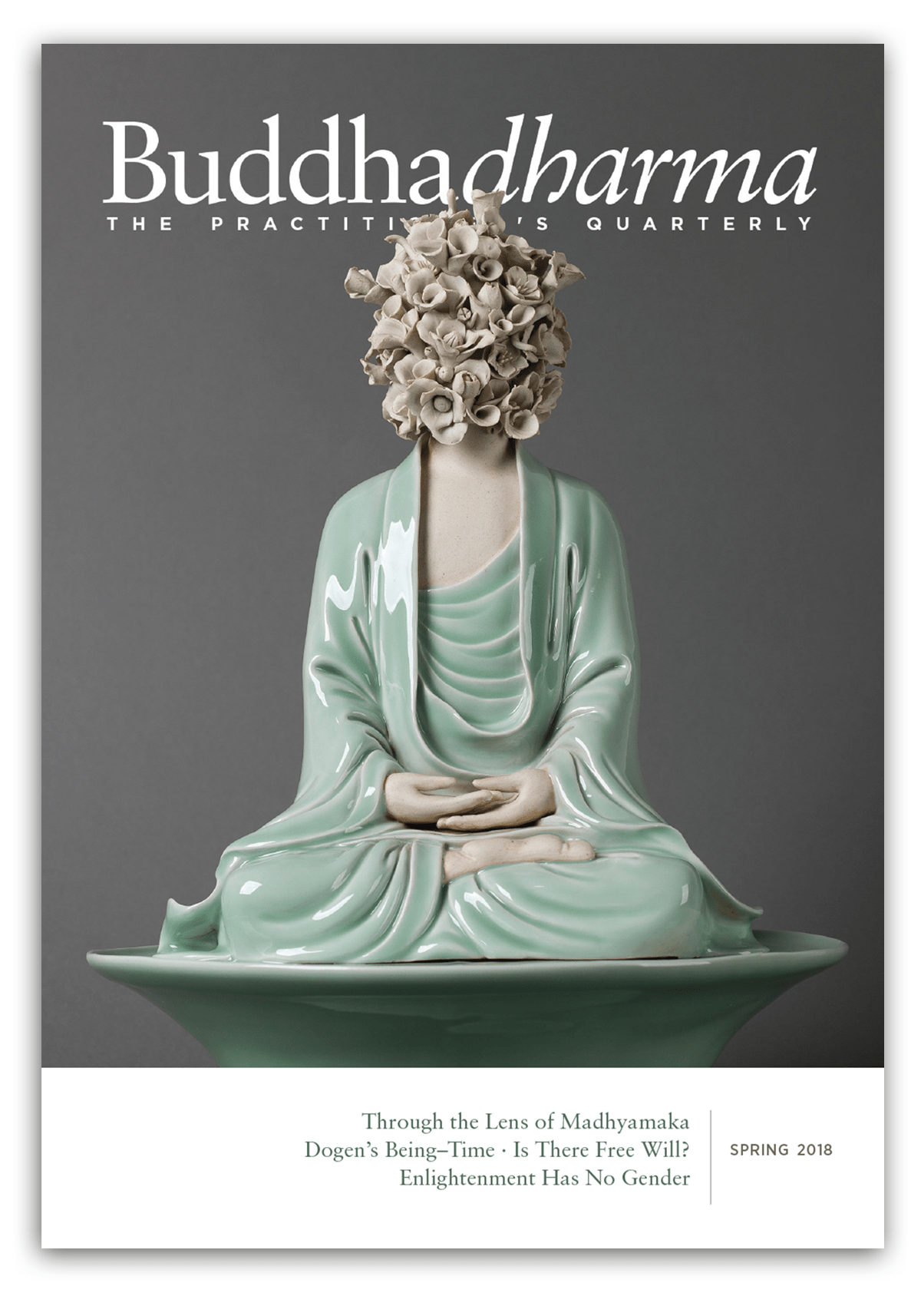 The Spring 2018 issue of Buddhadharma is available now. Preview the magazine contents and sample articles below.

Shikantaza Is Not Limited to the Mind

Josh Bartok offers a guided tour of the subtle practice of shikantaza.

Through the Lens of Madhyamaka

The Healing Practice of Cultural Humility

Charlene Leung on how we can use contemplative practice to develop our cultural humility and explore our social conditioning.

In Translation: Notes on Dogen’s Being–Time

An in-depth look at Dogen and his understanding of “being–time” by Shinshu Roberts.

May a Deep Resolution Arise

Jack Kornfield shares a brief text on resolutions, the use of inner intentions in meditation, especially intended to be useful for those in long retreats.

Buddhist monk Matthieu Ricard shares a glimpse into the life of Patrul Rinpoche, a wandering teacher who became one of the most illustrious masters in the Nyingma school of Vajrayana Buddhism.

Science and Philosophy in the Indian Buddhist Classics, Vol. 1 by the Dalai Lama and Thupten Jinpa; Review by Michel Bitbol

Buddhism beyond Gender: Liberation from Attachment to Identity by Rita Gross; Review by Sara Lewis

Food of Sinful Demons: Meat, Vegetarianism, and the Limits of Buddhism in Tibet, by Geoffrey Barstow

A Gathering of Brilliant Moons: Practice Advice from the Rimé Masters of Tibet, edited by Holly Gayley and Joshua Schapiro

From Chinese Chan to Japanese Zen: A Remarkable Century of Transmission and Transformation, by Steven Heine

The Rinzai Zen Way: A Guide to Practice, by Meido Moore

Finding Rest in the Nature of Mind (The Trilogy of Rest, Vol. I), translated by Helena Blankleder and Wulstan Fletcher