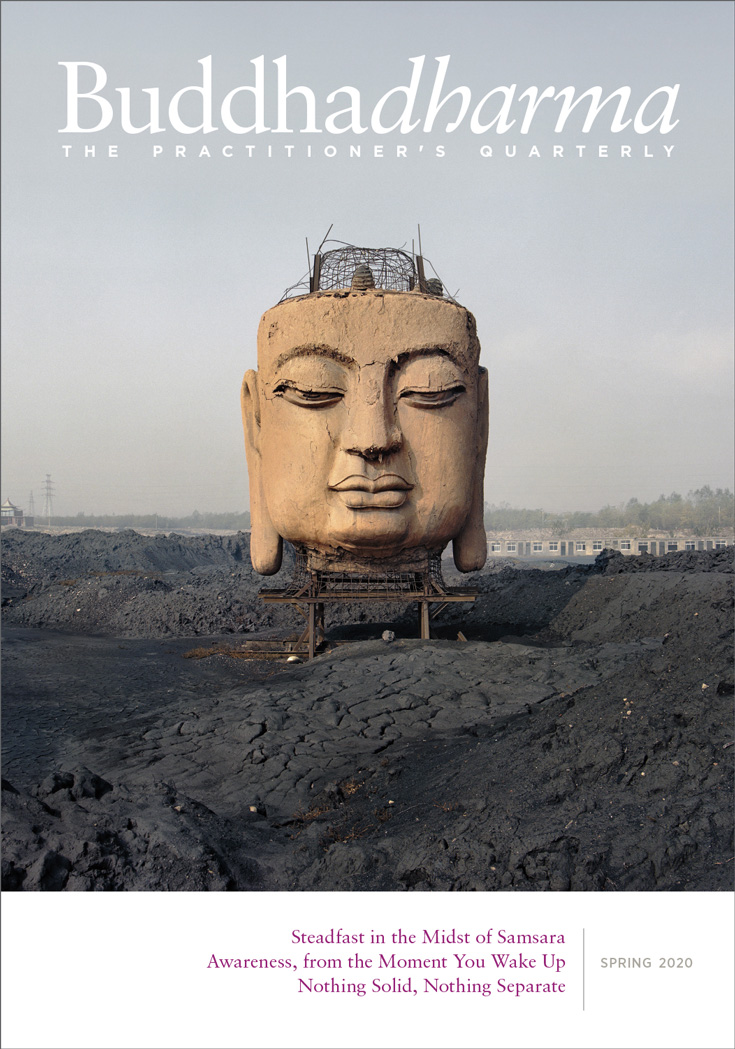 The Spring 2020 issue of Buddhadharma: The Practitioner’s Quarterly features in-depth teachings for cultivating your Buddhist practice and manifesting those teachings meaningfully in everyday life. Inside, you’ll find thoughtful commentaries, reviews of the latest Buddhist books, Ask the Teachers, and more.

What If Our Ordinary Experience Is All That Matters?

Stephen Batchelor poses the classical Zen question, “What is this?” The answer, he says, is right in front of us.

Why Bodhisattvas Need to Disrupt the Status Quo

According to Zen priest and climate scientist Kritee, part of our work in addressing climate change is to understand systems — how they work, how we’re complicit in them, and how we can change them to work for the good.

In Translation: The Rice Seedling Sutra

Spoken by the bodhisattva Maitreya, the Rice Seedling Sutra is one of the most important Buddhist sutras on the topic of dependent arising, the basic Buddhist doctrine that everything depends on something else for its existence.

Steadfast in the Midst of Samsara

Shinshu Roberts examines the suffering inherent in the bodhisattva path, what Dogen referred to as being “the blue lotus in the flame.”

Nothing Solid, Nothing Separate

When we look deeply into emptiness, says Phil Stanley, we find everything and nothing.

Awareness, from the Moment You Wake Up

We’re often encouraged to bring meditation “off the cushion” and into our everyday lives. Sayadaw U Tejaniya shows us what that really looks like.

If we can’t be 100 percent certain about what the Buddha actually taught, how do we determine what is true dharma?
Bhante Sujato, Avikrita Vajra Sakya, and Gesshin Greenwood respond.

Why I’m Not a Buddhist by Even Thompson; Reviewed by Michael Sheehy

The First Free Women: Poems of the Early Buddhist Nuns  by Matty Weingast

The Book of Householder Koans: Waking Up in the Land of Attachments by Eve Myonen Marko and Wendy Egyoku Nakao

Tsongkhapa: A Buddha in the Land of Snows by Thupten Jinpa

Buddhist Suttas for Recitation: A Companion for Walking the Buddha’s Path by Bhante Henepola Gunaratana