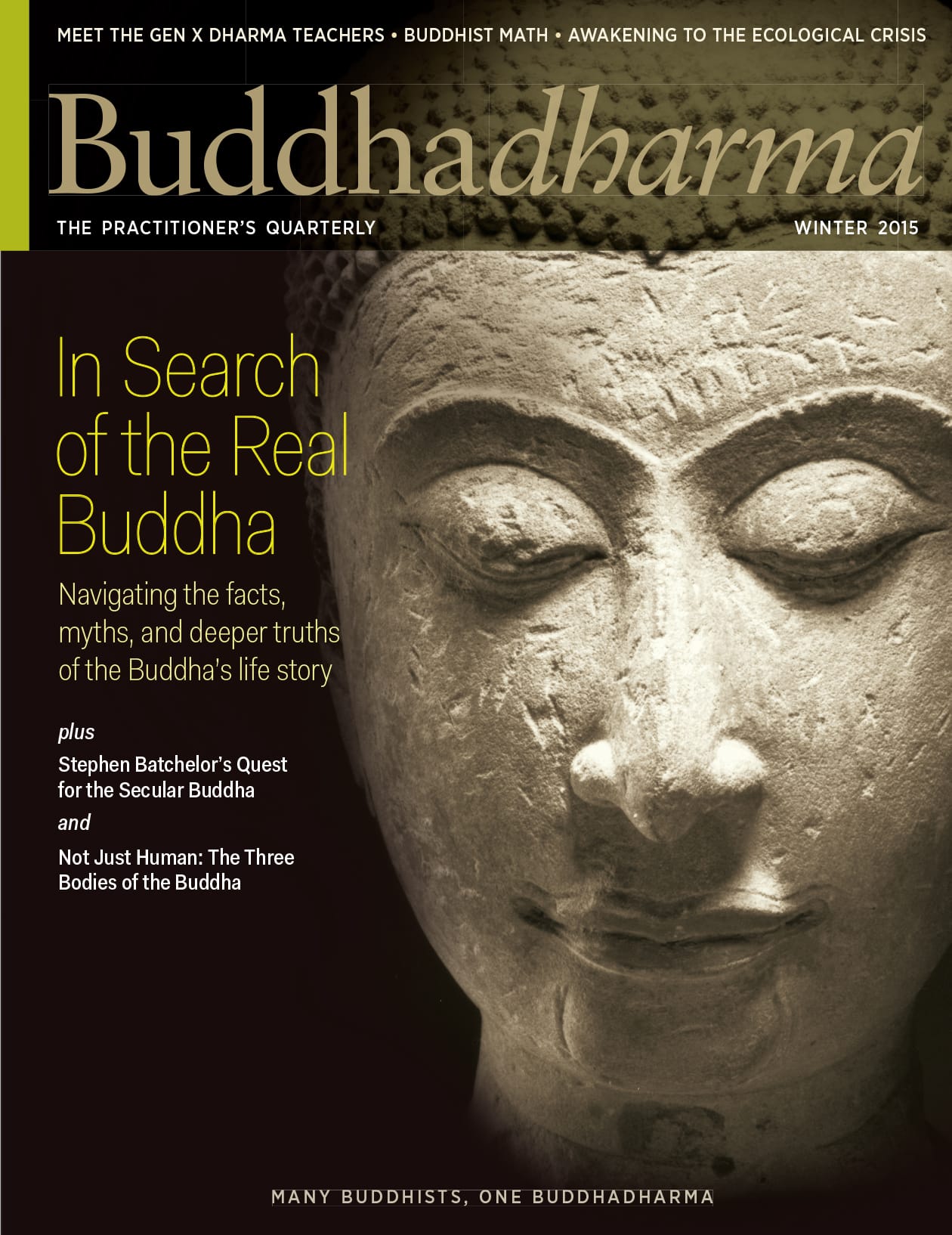 It Will Never Add Up

In Search of the Real Buddha

The Three Bodies of the Buddha

Shakyamuni Buddha was much more than an ordinary being who attained enlightenment, says Nyoshul Khenpo Rinpoche. He explains how to view the Buddha through the lens of the three kayas.

Forum: The Road Ahead

Can We Awaken to the Ecological Crisis?

Buddhists have often been slow to open their eyes to the problem of climate change, says David Loy. He examines key Buddhist teachings to try to understand why.

Following his recent trip to the Vatican, where he took part in Buddhist–Catholic dialogues, Hozan Alan Senauke shares a vision for how Buddhists might come together to establish their own equivalent of the Social Gospel.

Many Buddhists, One Buddhadharma? by Melissa Myozen Blacker

The Dharma Should Disturb You, John Peacock

After Buddhism: Rethinking the Dharma for a Secular Age by Stephen Batchelor, reviewed by Roger Jackson

A Historical Atlas of Tibet, by Karl E. Ryavec

The Buddha on Wall Street, by Vaddhaka Linn

I Am the Snake, Too, Lawrence Souder