Moment to moment, lifetime to lifetime — death and rebirth are happening all the time. Ten leading Buddhist teachers explain the concept of rebirth. 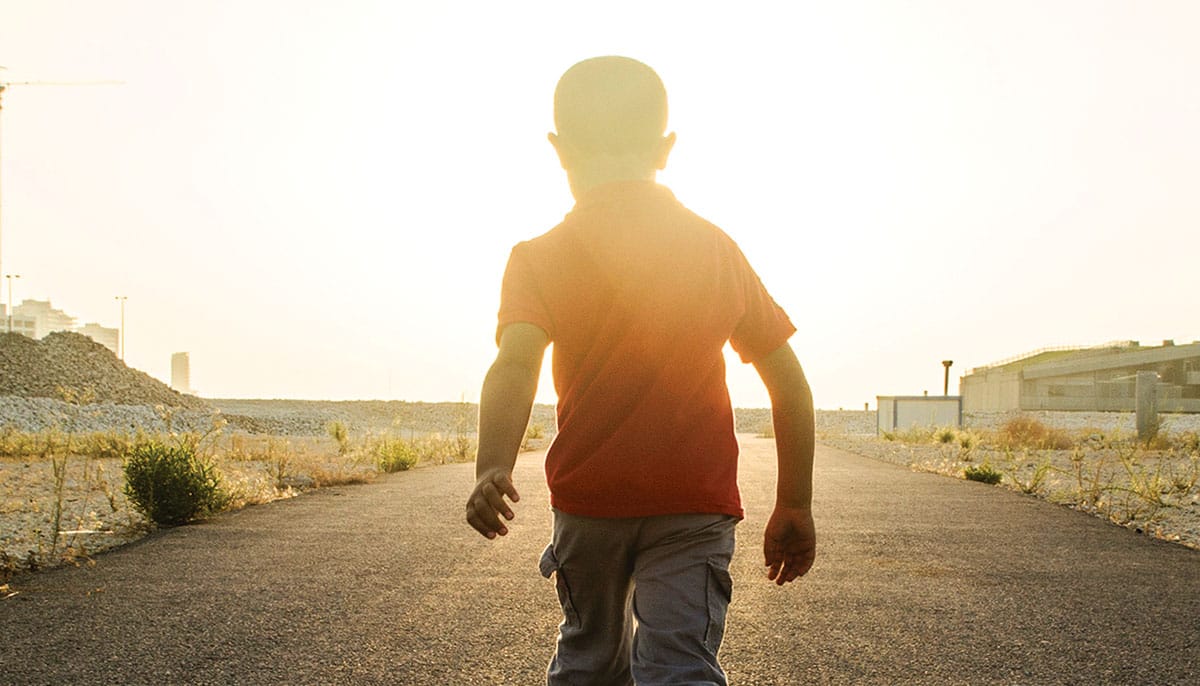 Rebirth has always been a central teaching in the Buddhist tradition. The earliest records in the Pali Canon indicate that the Buddha, prior to his awakening, searched for a happiness not subject to the vagaries of repeated birth, aging, illness, and death. One of the reasons he left his early teachers was because he recognized that their teachings led, not to the goal he sought, but to rebirth on a refined level.

On the night of his awakening, two of the three knowledges leading to his release from suffering focused on the topic of rebirth. The first showed his own many previous lives; the second, depicting the general pattern of beings dying and being reborn throughout the cosmos, showed the connection between rebirth and karma, or action.

When he did finally attain release from suffering, he recognized that he had achieved his goal because he had touched a dimension that not only was free from birth, but also had freed him from ever being reborn again. After he had attained release, his new-found freedom from rebirth was the first realization that occurred spontaneously to his mind.

What is it that gets reborn? The classical metaphor is of an acorn. An acorn becomes an oak tree. When the oak tree is here, the acorn is not, and no part of the acorn can be found in the oak tree. One simply has succeeded the other, just as one moment and one life succeeds the previous moment or life.

The process of rebirth is conditioned by mental factors that have been cultivated, either consciously or unconsciously. These qualities of mind, such as desire, generosity, anger, and loving-kindness, then condition the energy and form of the next birth.

We can see this process of conditioning at work in this life without necessarily believing in rebirth. If we are mindful and pay careful attention to our lives in the here and now, we can see the power of past conditioning and how it shapes our experience in the present moment. Understanding the limits and burdens of conditioning can inspire us to practice toward realizing inner freedom and the unconditioned in this very lifetime.

You see, something continues, but at the same time, nothing continues. In a sense we’re like a running stream. You could say, such and such a river, such and such a stream. It has a name, but if you examine it carefully, that river you named three hundred years ago isn’t there at all; it is completely different, changing, passing all the time. It is transforming from one aspect to another.

Reincarnation means there is a soul that goes out of your body and enters another body. That is a very popular, very wrong notion of continuation in Buddhism. If you think that there is a soul, a self, that inhabits a body, and that goes out when the body disintegrates and takes another form, that is not Buddhism.

When you look into a person, you see five skandhas, or elements: form, feelings, perceptions, mental formations, and consciousness. There is no soul, no self, outside of these five, so when the five elements go to dissolution, the karma, the actions, that you have performed in your lifetime is your continuation. What you have done and thought is still there as energy. You don’t need a soul, or a self, in order to continue.

It’s like a cloud. Even when the cloud is not there, it continues always as snow or rain. The cloud does not need to have a soul in order to continue. There’s no beginning and no end. You don’t need to wait until the total dissolution of this body to continue—you continue in every moment.

I don’t believe in rebirth and yet, I don’t negate it. There is no basis to believe or negate it. What I can say for sure is, “I don’t know.” The important thing for me is to practice in this lifetime as the Buddha instructed in the Dhammapada, “To refrain from anything bad and practice everything good. Purify your mind. This is the teaching of the seven Buddhas.”

Having looked at the traditional Buddhist account of rebirth and having reflected on some of the difficulties it presents, where does one stand? It is often felt that there are two options: one can either believe in rebirth or not believe in it. But there is a third alternative: that of agnosticism—to acknowledge in all honesty that one does not know. One does not have either to assert it or to deny it; one neither has to adopt the literal versions presented by tradition nor fall into the other extreme of believing that death is a final annihilation. This, I feel, could provide a good Buddhist middle way for approaching the issue today.

Simply stated, the Buddhist view is that—at the conventional level—we have all experienced thousands if not millions of rebirths in every possible realm we can imagine. Not just as humans but as animals, in the spirit realms, in higher realms and lower realms. We should remember that if we met ourselves in our last lifetime, we wouldn’t know ourselves at all. It’s not me that gets reborn.

If we could see ourselves in the next lifetime, who would that be? I will be a completely different being. But that being is also thinking “me.” So we don’t have to cling too tightly to our personal identity, there is just a stream of consciousness going forward which as long as we do believe in an “I,” it will be endless.

The Buddhist view of rebirth refutes the notion of an immortal soul, because it denies that there is anything unchanging in either the physical or mental aspects of phenomena.

The Buddha categorized the prevalent theories of body and soul of his time into two distinct miscomprehensions. The first category comprised those that denied that the body and soul were separate—at death we become extinct, with no after or future life. The other group were those that thought body and soul were totally separate. The body is perishable, but the soul is immortal and continues to survive from one birth to another.

The first group he called “nihilists” and the second group “eternalists.” Interestingly, it is a situation not dissimilar to the one we face today, with the humanist materialists, on the one hand, denying the existence of mind or consciousness and rejecting any notion of survival after individual death, and the religious traditions, on the other hand, positing a soul that survives death and continues to exist in one form or another.

The Buddhist position on rebirth, on the contrary, is based on the so-called middle view, which avoids these two extremes, namely, the denial of the continuation of consciousness or mind altogether, and the positing of an immutable psychic principle (atman or soul, or some other descriptor of a greater self). According to the Buddha, both body and mind are subject to continual change, and so even at death what is transferred from one life to the next is not an unchanging psychic principle, but different psychic elements all hanging together, samskaras—memories, various impressions, and so on, none of which is unchanging in itself.

Among the ancient schools of thought, which accepted the notion of continuity of consciousness, there were several non- Buddhist philosophical schools which regarded the entity, the ‘I’ or ‘self,’ which migrated from existence to existence as being unitary and permanent. They also suggested that this ‘self’ was autonomous in its relationship to the psycho-physical components that constitute a person. In other words they believed or posited that there is an essence or ‘soul’ of the person, which exists independently from the body and the mind of the person.

However, Buddhist philosophy does not accept the existence of such an independent, autonomous entity. In the Buddhist view, the self or the person is understood in terms of a dynamic interdependent relationship of both mental and physical attributes, that is to say the psycho-physical components which constitute a person. In other words our sense of self can, upon examination, be seen as a complex flow of mental and physical events, clustered in clearly identifiable patterns, including our physical features, instincts, emotions, and attitudes, etc., continuing through time. Further, according to Prasangika-Madhyamaka philosophy, which has become the prevailing philosophical view of Tibetan Buddhism today, this sense of self is simply a mental construct, a mere label given to this cluster of dependently arising mental and physical events in dependence on their continuity.

The notion that there is a connection between this life and the events of both our previous existence and our future existence, follows from the Buddhist understanding of the natural law of cause and effect. For example, although we can speak of yesterday’s weather and today’s weather as distinct, today’s weather is inextricably linked with the weather patterns of yesterday. Even at the bodily level, in the case of our physical health for example, we know that events in the past affect the present and those of the present the future. Similarly, in the realm of consciousness the Buddhist view is that there is also this same causal continuum between the events of the past, present and future.

Sources: The Truth of Rebirth; What Is Zen?; Buddhadharma: The Practitioner’s Quarterly, Fall, 2003; The Collected Works of Chögyam Trungpa, Vol. VI; Lion’s Roar, January, 2012; Thezensite.com; Secular Buddhism; Teaching on 37 Practices of a Bodhisattva; Karma:What It Is, What It Isn’t, Why It Matters; The Tibetan Book of the Dead: First Complete Translation.