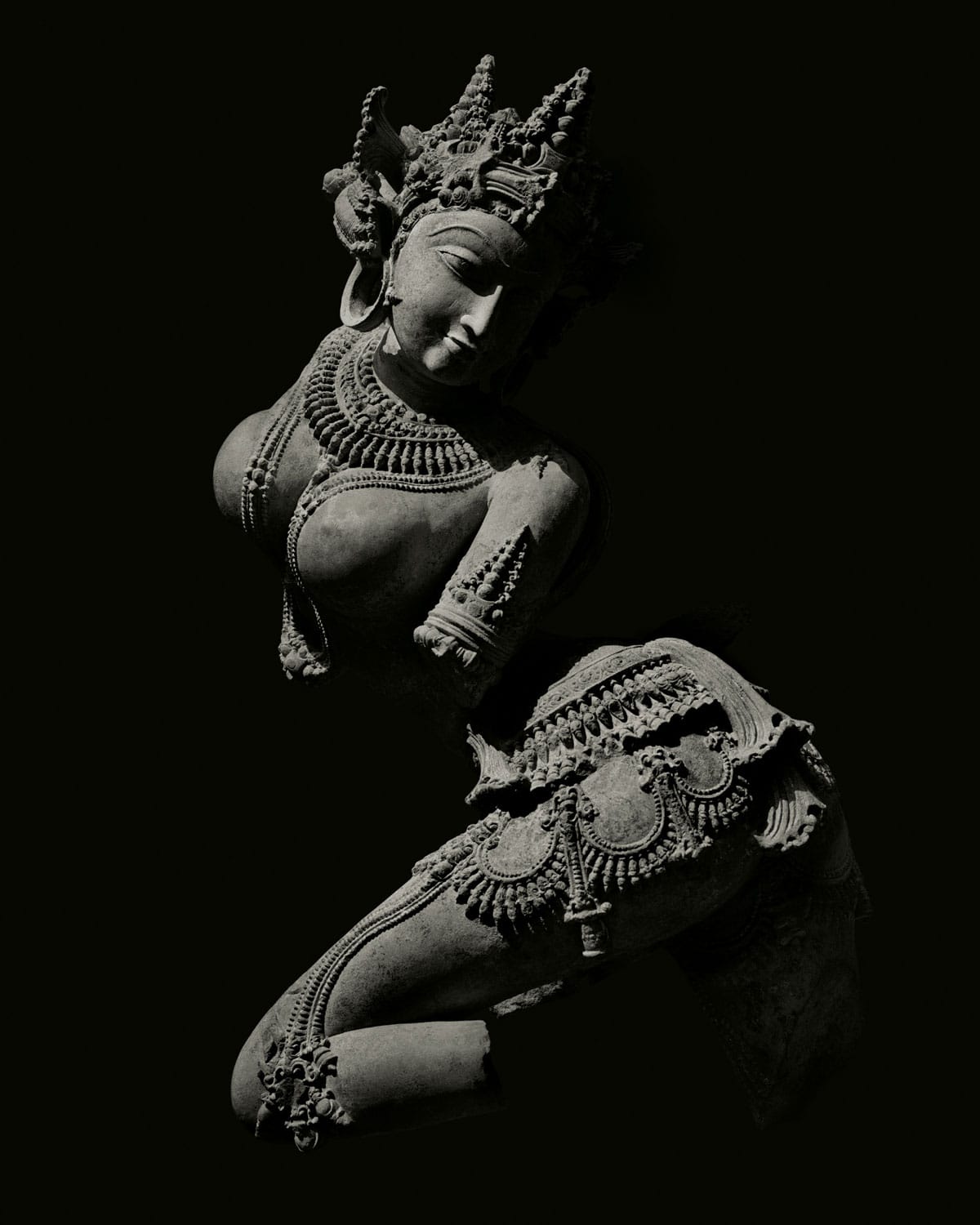 Decades in the making, José Ignacio Cabezón’s Sexuality in Classical South Asian Buddhism is a massive, ambitious, and important project. Given its in-depth investigation of the subject, and Cabezón’s status as one of the world’s premier Buddhologists, any practitioner or scholar concerned about Buddhism’s relationship to sex and sexuality would do well to wrestle with this book. For many, though, this will prove a challenge. The world of classical Indian and Tibetan Buddhism Cabezón introduces will be unfamiliar, even weird, to many contemporary Buddhist readers, despite the fact that their own practices and lineages are directly descended from it. Modern Buddhists, especially those who have only been exposed to the minimal and highly selective Buddhist sutric and commentarial literature available in English, may be bewildered by the views of revered masters of the past, who debated endlessly over such subjects as imaginary worms living in women’s vaginas, what sexual positions are forbidden, which level of hell one goes to for having engaged in oral sex, and whether or not the Buddha had a real penis.

Although not his primary purpose, Cabezón’s book could be taken as a primer on how to understand the Dalai Lama’s perspective in that fateful meeting. Cabezón corroborates the truth that the Dalai Lama does not have unilateral authority to redefine ethical norms or change precepts. Such changes can only come about through sangha discussions among various groups. For readers unfamiliar with the scope of Buddhism’s traditional scholastic and authority structures, this disavowal may seem disingenuous, especially given the misguided tendency to project Roman Catholic pope-like powers onto the Dalai Lama.

As Cabezón demonstrates, there is no singular Buddhist tradition or source of authority on sexual morality—or practically anything else, for that matter. Thus the Dalai Lama was right to position himself as only one contributor to a much larger discourse. For over two millennia, the collection of traditions we call Buddhism has been an enormous, sprawling conversation among many voices, all of whom claim a degree of authority and recognize or challenge the authority of others. Different Buddhist masters such as not only Tsongkhapa but also the Sri Lankan Theravadan Buddhaghosa and the Indian Mahayanist Shantideva would all today be considered “sex-negative,” each in their own idiosyncratic way and for their own reasons. Each had differing views of what constituted sexual misconduct, and while there were common threads—misogyny, prejudice against queers, condemnation of sexual violence, wariness about sexual passions in general, and the belief that only a narrow band of sexual behaviors was acceptable—there was no universally recognized code of Buddhist sexual ethics.

One of the few points of general agreement was that certain behaviors lead to punishment in one of the many hell realms described in Buddhist cosmology. Reminding readers that “throughout most of Buddhist history, and in many contemporary Buddhist communities, the hell literature was and still is taken seriously, and usually literally,” Cabezón offers a lengthy exploration of sex in relation to the heavenly and hellish realms. He quotes and paraphrases many descriptions of the incredible tortures in the hell realms awaiting those who commit oral or anal sex, incest, rape, adultery, or masturbation, revealing a general trend for the descriptions of these punishments to become more elaborate over time, with increasing detail about the various behaviors that will land you in this or that hell realm. In a dry understatement, Cabezón notes, “Buddhism clearly comes off as a religion that is deeply skeptical about sexed bodies and sexual acts. Sentient beings, these texts tell us, were better off in their androgynous phase at the beginning of the world cycle than they are now; and they are far better off in the upper reaches of the universe—in the higher-god realms, where one does not have to worry about sex—than in the realm of desire.” He adds, “Our biologically-sexed bodies, rampant sexual desires, and polysensual sexuality are clearly seen as obstacles to the goal of human perfection.” In other words, sex gets in the way of buddhahood.

Behind sex, of course, lies desire. Cabezón explores Buddhist theories of desire in great detail, offering this basic summary: experiencing pleasure “creates a predisposition to desire that pleasure again—to put ourselves, consciously or not, in situations where the pleasure can once again be enjoyed. The greater the pleasure, the stronger the imprint it leaves on the mind, and the more likely we are to seek it anew. And the more often we experience the pleasure, the more this becomes an ingrained psychic pattern. All sense pleasure is in this sense addictive.” This is a serious problem for Buddhists intent on reaching nirvana, as attachment to momentarily pleasurable but ultimately painful desires becomes a never-ending feedback loop of fruitless chase and frustration.

For many readers, among the least familiar yet most intriguing material will be a lengthy discussion of Buddhist views of gender. From the beginning, says Cabezón, Buddhists typically recognized three genders: male, female, and queer. Like all categories, there was no universal understanding of what each label meant, especially over time and between different commentators. Male and female were relatively stable categories, but the notion of who belonged to the queer gender and why varied significantly; the category tended to expand as time went on to encompass a wider cross section of people who do not conform to male or female sexual or gender norms. Thus we see the inclusion not only of those we might recognize today as homosexual or transgender but also the addition of impotent men, sterile women, voyeurs, and others. 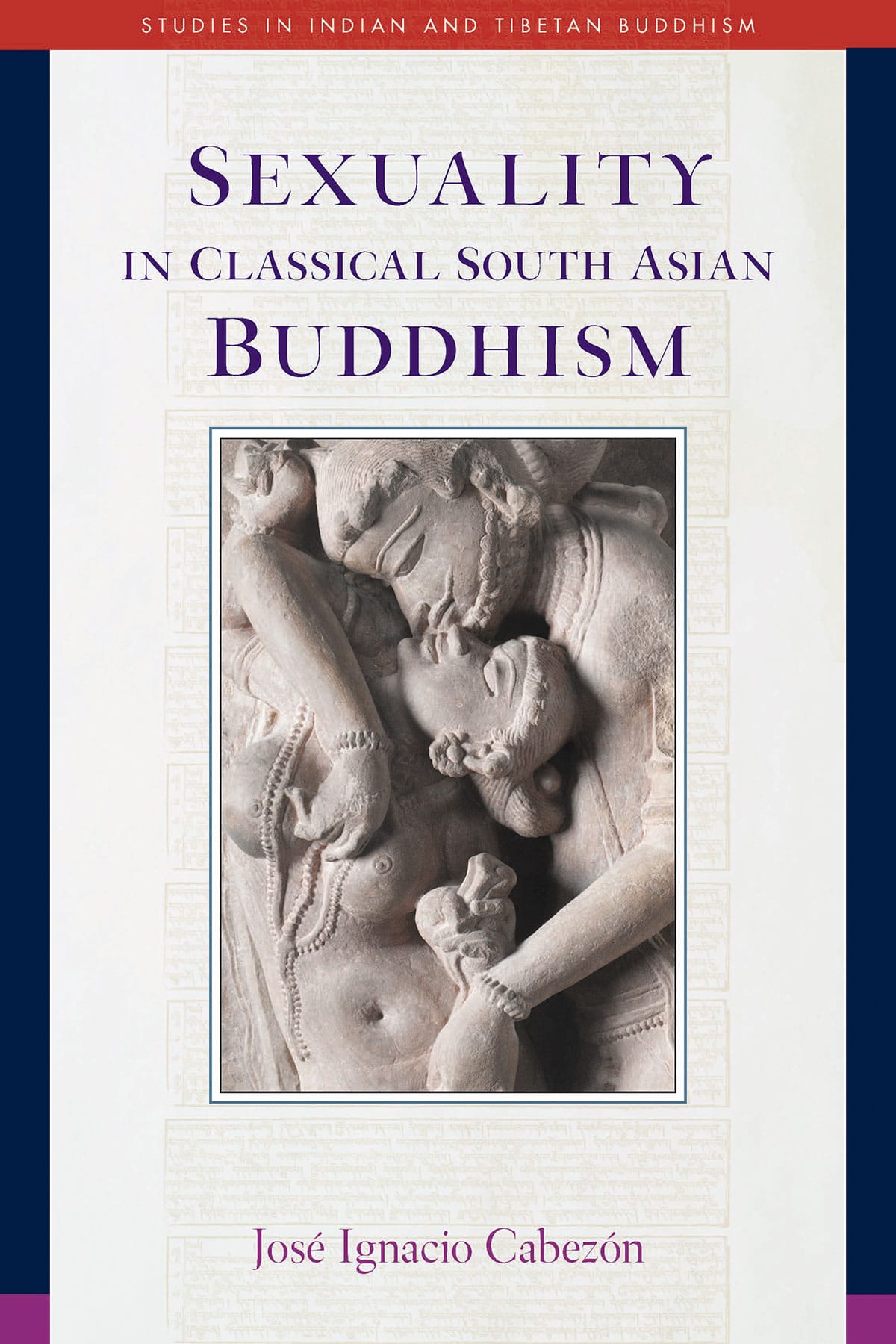 In the traditional Buddhist worldview, gender was not a neutral fact of biology or psychology but rather represented a hierarchy of moral value in literal embodiment. Men were born as men because of their greater moral behavior in the past, whereas those born as women had conducted themselves less morally in previous lives. And given their past behavior, it would be wise to be suspicious of them in the present as well. At the bottom of the karmic and social hierarchy were queers, whose bodies and desires were seen as evidence of their deviance. Just as women experienced significant discrimination compared to men, queers were subjected to even more prejudice than women. Cabezón doesn’t bother to cloak his feelings behind academic pretenses of disinterest: “Buddhism is not different from any one of a number of other religions that affirm their culture’s gender and sexual stereotypes at the expense of sexual minorities, the disabled, and the downtrodden of society…I cannot help but think that the Vinaya’s rejection of people who are different will come to be seen for what it is, the unjust prejudice of a bygone era.”

At the same time, Cabezón notes Buddhist sources affirmed that all beings had existed in every gender role during their ceaseless slog through the round of rebirths. Furthermore, Mahayana sutras explicitly claimed that bodhisattvas intentionally took on female and various queer forms in order to liberate beings as needed, seemingly short-circuiting the attempts elsewhere to associate holiness only with masculinity. So while Buddhists of all traditions believed the exclusion of queers from the sangha was justified (though they disagreed on why, and who precisely should qualify as queer), violence or other forms of persecution toward queers was not sanctioned, and active persecution was rare in Buddhist societies.

Although not within the scope of Cabezón’s book, two further notes on the subject are of interest. First, since this book does not touch on East Asia, there are significant differences that go unexamined—for instance, eunuchs, who were classified as queer in classical Buddhism, were permitted to ordain as monastics in China. Second, since this book is about texts, it is mostly silent on actual practice. From other historical accounts and more modern ethnography and autobiography, we know that there have been many exceptions to the rules. Homosexual activity was actually fairly common in Buddhist monasteries (as in many single-sex environments), and gay, lesbian, intersex, and other persons labeled as queer (either by traditional Buddhist or modern social standards) did sometimes serve as monastics, whether overtly or in the closet. Likewise, there have been many times when the official rules subordinating women to men in the sangha were bent or simply ignored.

Sexuality in Classical South Asian Buddhism provides a treasure trove of information about Buddhist (and more generally, Indian and Tibetan) views of sexuality, gender, social relations, cosmology, philosophy, and more. Most centrally, Cabezón shows throughout how the old views arose from conversations. Because there was never any single source of authority, it would be impossible for any one person or group today to declare a more accepting, sex-positive creed for all Buddhists. At the same time, precisely because there has only ever been an ongoing, shifting dialogue over sexuality—and all other aspects of belief and practice, for that matter—the conversation can be changed by modern voices articulating fresh perspectives.

In order to carry the day, Cabezón argues, such new Buddhist authorities would need to speak from a deep well of knowledge of Buddhist tradition and doctrine, using arguments that not only make logical sense but also take seriously our scriptural inheritance. Thus Cabezón’s 600-page catalog of how prejudiced, scientifically dubious, and minutiae-bound traditional Buddhist views of human sexuality have been ultimately reads as a work of great hope. As he ends his last chapter, “to be rejected, I have argued, is the one-size-fits-all, micromanagerial approach to sex found in the restrictive scholastic code. In its place, to be accepted is a sexual ethics founded on universal principles like gender inclusivity and justice; on broad, publically defensible Buddhist principles like minimizing harm and caring for others; and on classical Buddhist relational virtues like loyalty, empathy, and the golden rule.” While Buddhist doctrine has never been immune to culturally determined blindspots, the past has much to teach us, including how to use the past to transcend its own limitations, for the betterment of Buddhists and Buddhism itself.