The new documentary film Carving the Divine offers a rare and intimate look at the lives and artistic process of traditional Japanese wood carvers. Andrea Miller talks to the film’s director Yujiro Seki.

Artworks depicting buddhas and bodhisattvas are wordless teachings. In their facial expressions and gestures, we can see what we’re aiming for in our lives and practice—be it compassion, equanimity, meditative focus, or even wise anger. But who are the people who create these contemplative artworks? In Carving the Divine, a new, award-winning documentary, we meet some of these artists. Specifically, we’re offered a rare and intimate look at the lives and artistic process of traditional Japanese wood carvers. In this interview with director Yujiro Seki, he reveals what compelled him to make this film and what he learned in the process. –Andrea Miller

Yujiro Seki: Love comes in different forms and shapes and the way people define love varies from culture to culture. We hear love and compassion are very important in Buddhism and other religious traditions, but what are love and compassion? At first glance, it is easy to dismiss and criticize the way masters treat apprentices; it may seem excessive, abusive, out of date. However, this is the way the master expresses his love toward his apprentices. 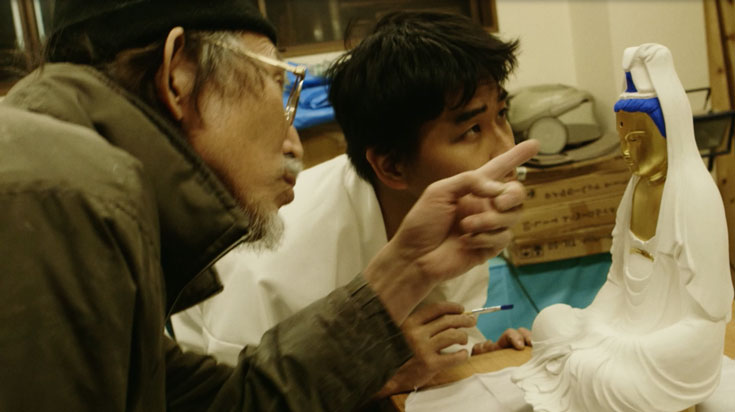 Photo courtesy of “Carving the Divine.”

It is very hard to become a competent craftsman/woman to make a living in the world of Japanese Buddhist woodcarving. One must reach the highest level of craftsmanship and discipline. Not just anyone who gets into the industry can make it as a professional. It is easy for the master to be lenient and to not scold the apprentices, but the master forces him/herself to do so in order for the apprentices to reach their full potential and become a bread-earning busshi [a Japanese sculptor specializing in Buddhist statues]. Young apprentices learn to restrain their egos, build character and grow into mature human beings. This is almost like a hero’s journey. At first, apprentices may have a hard time understanding this difficult training and the relationship with their master, but as they continue their training and become bread-earning busshi, they realize the “love and compassion” of the master and respect and appreciate him/her for the rest of their lives.

This style of teaching and learning has existed in Japan for more than a millennium. The bond that the master and apprentices develop can only be understood by insiders. In my opinion, outsiders must remain open-minded about the people who try to keep the tradition alive. If we try to dismantle the style of teaching, the practice of creating this magnificent art may die out. 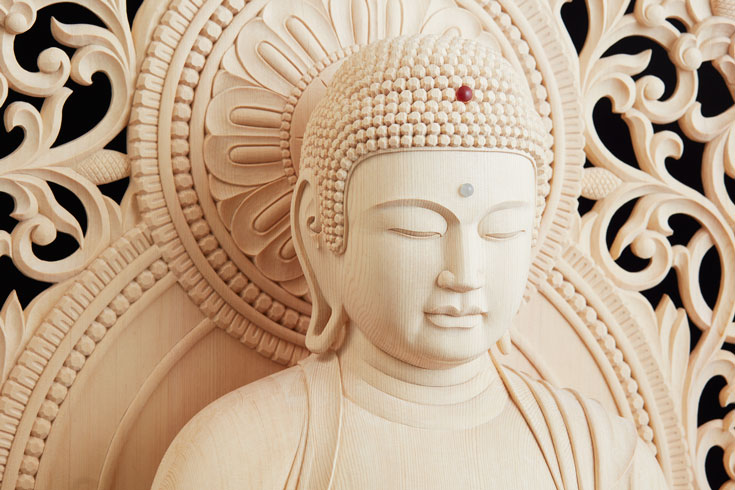 Which apprentice that you filmed were you personally most intrigued with? What was it about their situation, personality, or learning style that was interesting for you?

I was very intrigued with Apprentice Yonezawa not because he is considered one of the most competent apprentices in the workshop but because he demonstrates his full commitment to the art of busshi in his actions and behavior. At first, one might assume that he is an emotionless machine who works just for work’s sake. But as we follow him, we discover in his facial expressions a burning passion and devotion. He is the man who does whatever it takes to become busshi. Without his saying that much, we can feel his determination to become the best busshi around. By observing his “hero’s journey”—he works, is scolded, and then continues to work and work—I was moved and developed a great sense of respect toward him, not only as a busshi but as a person of action and integrity.

What is the primary motivation of the carvers? Do they go into the profession because of a dedication to Buddhism or are they drawn to it because it’s a form of artistic expression?

The primary motivation differs from carver to carver. The older apprentices often are quite knowledgeable about Buddhism and seem to be more self-actualized. In contrast, the young apprentices straight out of middle school generally do not have such deep spiritual reason behind their motivation. They tend to go into the field for more artistic reasons. A common story is for someone to see the 1,001 statues of the bodhisattva Kannon at Sanjusangendo in Kyoto and, awestruck by the beauty, decide to pursue statue making as a career. The irony is that these young apprentices typically become better and faster carvers than the older, more self-actualized apprentices. I believe this is similar to learning a language; it’s better to start early rather than late. 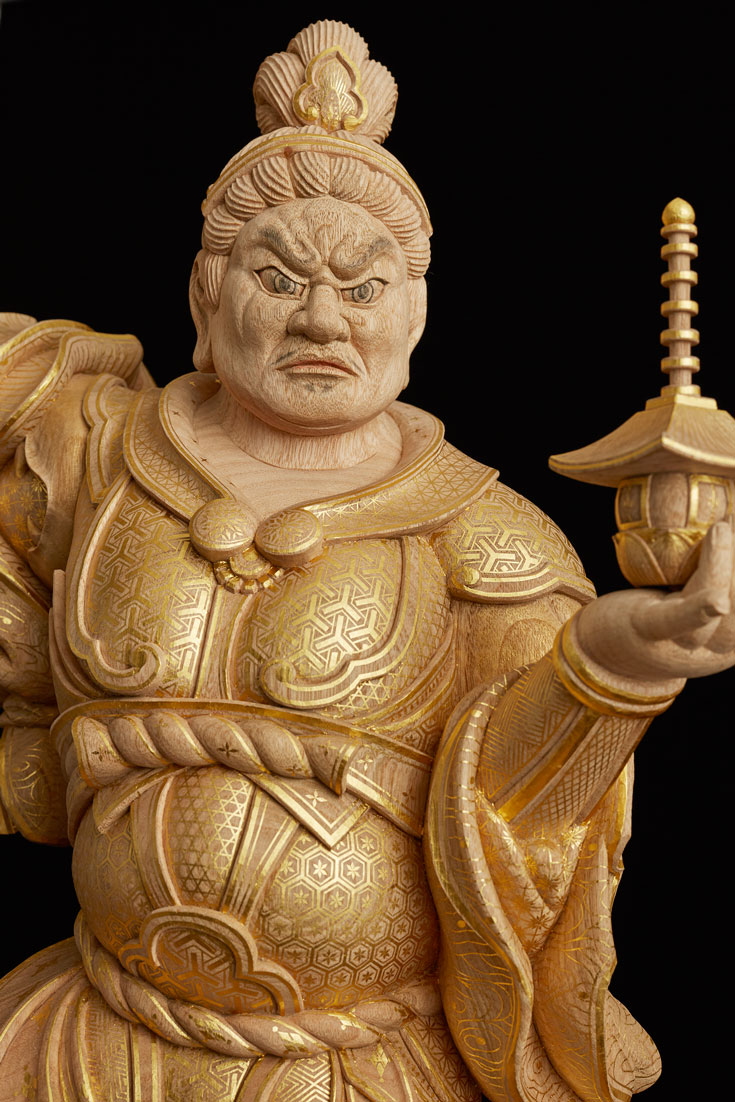 Why did you decide to make a film about the art of Japanese Buddhist woodcarving?

How I chose to work on this esoteric topic—a most difficult documentary subject—is a long story. I am a son of a Japanese Buddhist altar maker. Throughout my childhood, I was surrounded by not only Buddhist altars but also other Buddhist objects, including butsuzo (Japanese Buddhist sculptures). My father took me on trips to see his clients at Buddhist temples all the time. I did not think anything about my environment; it was just a family business and all I knew.

In high school I had an opportunity to make a feature length movie and fell in love with filmmaking, I decided to go to the U.S. and study cinema. I graduated from the University of California, Berkeley, and spent several years working for a design company in Los Angeles as the director of the video department, mainly making videos for businesses. There’s nothing wrong with making videos for businesses but the job was far from what I imagined I’d be doing as a filmmaker.

The art of busshi is one of the most significant cultural legacies of Japan.

As naive as it sounds, my dream had always been to make a movie that inspires people. After obtaining permanent residency in the U.S., I decided to leave the job in order to finally be true to myself. Rather than build a practical future with a financial plan, I wanted to work on something meaningful. I thought hard about what subject to focus on, what I was uniquely suited to share. During the years I spent in the U.S. interacting with people from different cultures and being exposed to various art forms, I’d slowly realized the environment in which I grew up was uniquely profound. In that realization I found my subject: the Buddhist sculptors of Japan.

The art of busshi is one of the most significant cultural legacies of Japan. Yet this tradition is virtually unknown to the Western world. These statues have been an integral part of Japanese culture for 1,400 years for a reason. Through the rise and fall of many governments, after all the wars and natural disasters, even through the period of time when Buddhism was heavily suppressed, these sculptures survived. I was determined to find out why.

One of the most difficult things for an independent filmmaker is to have access to the “subject” that we want to film. Unlike a big budget Hollywood movie, we do not have a seemingly unlimited amount of money to throw at a project. Therefore, we must obtain the cooperation from the subject without financial compensation. The world of busshi is not easily accessible, but because of my family connection, I was able to enter this secret world of Japan. 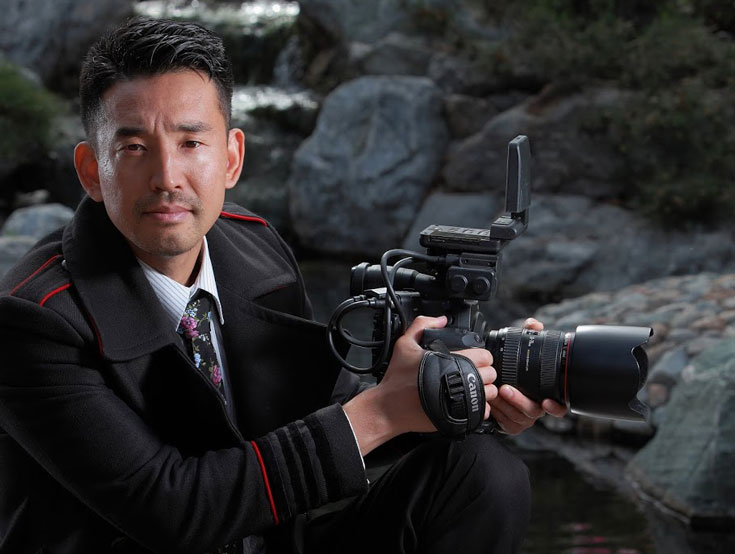 Have you attempted to do any Buddhist woodcarving yourself? If so, what was it like?

I’ve only tried it for a few hours, but some lay people do carve as a hobby. Koun Seki [the master carver featured in Carving the Divine who is a former apprentice of the legendary Busshi Kourin Saito] has a carving school for regular folks. The students come about twice a month and just enjoy working with wood. I’ve heard carving is very meditative, and people lose track of time.

What did you personally learn while making this film?

Carving the Divine ultimately explores the meaning of Buddhist sculptures for Japanese people and the people of the world. I myself was forced to go through a “Hero’s Journey” by making this film. Through exploring busshi, I confronted the finite nature of life and the fact that suffering is inevitable, and yet through the suffering we can learn about ourselves and the world. By bravely accepting and confronting, suffering can we develop compassion for fellow creatures. I learned that Japanese Buddhist sculptures force people to confront life itself. This is a profound art. That’s why I keep fighting to promote this art and the people who make it.