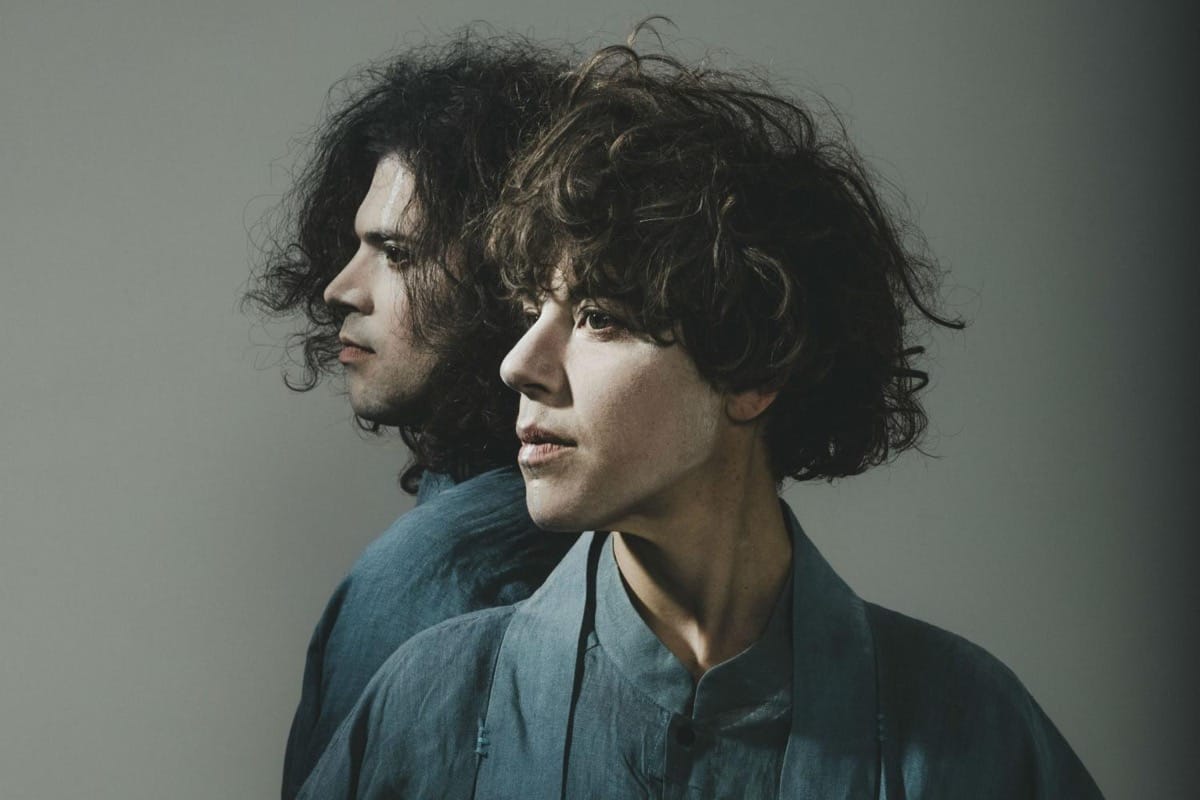 Close your eyes
Get in touch
With the physical sensations coursing through your body
(Honesty)
Breathe
(Honesty, honesty)

Those are the instructions from frontwoman Merrill Garbus on “Honesty,” the fifth track of Tune-Yards’ latest album. The song also instructs,

This river runs so deep
Hold your breath to reach the bottom
Ugly and blind, what will you find?
Hold the sickening silt in your heart and your mind

“Honesty” is a mash-up of indie-pop and meditation concepts, drawn from Garbus’ time in “White and Awakening in Sangha” (WAS), a six-month anti-racism meditation workshop at East Bay Meditation Center in Oakland, California. In WAS, Garbus came face-to-face with the painful realities of white supremacy and racial conditioning through the lens of Buddhist teachings. The experience inspired much of Tune-Yards’ latest record, I Can Feel You Creep Into My Private Life, released in January

“Buddhism offers this wonderful lens through which we can look at whiteness and racial justice with an intention towards compassion for self and others — the intention towards liberation for all,” said Garbus in an interview.

EBMC is located just around the corner from the Oakland studio Garbus shares with the other half of the Tune-Yards duo, her partner, bassist, and collaborator Nate Brenner. When looking to deepen her meditation practice, Garbus said the inclusive atmosphere at EBMC felt like a natural fit. She began regularly attending the center’s Friday night sangha, which emphasizes “radical inclusivity and social justice,” and eventually heard about the six-month workshop.

“It felt like a really, really progressive place to start a proper study of Buddhist practice and teachings,” said Garbus.

The 2016 presidential election of US President Donald Trump took place in the middle of Private Life’s creation — a time Garbus felt race-based stress was incredibly tangible in her own community. Her hunger for knowledge on how to properly participate in issues of racial justice as a cisgender, heteronormative white woman outweighed any reservations she had about signing up for WAS.

It’s really uncool from an indie-rock point-of-view to use music in this way.

The workshop explores racism in the context of the dharma, utilizing Buddhist teachings on suffering, liberation, and oppression to encourage participants to observe the suffering of their own racial conditioning.

“I was pretty desperate for wisdom around white people’s role in racial justice… More than anything I was hungry for more perspective and information from people who had been doing this work longer than I have,” said Garbus.

Sessions in WAS are made up of formal teachings, personal check-ins, experiential exercises, and reflective discussion. As Garbus told NPR, participants “were asked to look at videotapes of police killings”  — an experience she references on “Honesty.”

“We were read narratives of lynchings, describing what actually took place, in detail. And then we were asked to sit in meditation, and be honest with ourselves,” she said.

Once a month, the group met for intensive four-hour sessions, where they learned about the basics of the Buddhist path and examined particular challenges around race through the teachings of the Buddha.

Confronting her own participation in institutions of racism in meditation brought up a lot of personal discomfort and defensiveness, said Garbus.

The Buddhist precept to “do no harm” cannot be achieved by passivity, said Garbus. It takes direct action, she said, to really practice not harming, though some have been taken aback by the explicit action Tune-Yards has taken through Private Life.

“It’s awkward to talk to white friends or white people who feel very defended around this. It’s really uncool from an indie-rock point-of-view to use music in this way.”

This defensive reaction is all part of white fragility, said Garbus ­— a concept she’s been studying, defined as “a state in which even a minimum amount of racial stress becomes intolerable.” White fragility describes the moment white people become angry, defensive, and guilt-ridden when the topic of race is brought up. Meditation and mindfulness, said Garbus, can be helpful for white people to stay present and avoid defensiveness when discussing race.

As Pitchfork’s review puts it, Garbus’ lyrics are “mercifully aimed more at destroying her ego than buoying it.”

“These conversations and topics are so charged in our society. Mindfulness could be part of the toolbox of how to remain present and not come from a place of white fragility, saying ‘I can’t handle it, I’m out,’” she said.

As Pitchfork’s review of Private Life puts it, Garbus’ lyrics on the album are “mercifully aimed more at destroying her ego than buoying it.” In many cases, as someone who has long been influenced by Black music and questioned the line between inspiration and appropriation, her confrontational words are pointed directly at herself. In “Colonizer,” a track on the album that explicitly speaks to white supremacy, Garbus sings:

These lyrics, she told the New York Times, made her heart “jump out of her chest” the first time she sang them in concert.

Garbus cites Radical Dharma, the book by African-American, queer Buddhist teachers Rev. angel Kyodo Williams and Lama Rod Owens, with Professor Jasmine Syedullah, as a source of encouragement to share the truths she learned in EBMC’s WAS.

In no way does Garbus see Private Life as an example of how white people should be reckoning with racial injustice — she sees the album as a confessional, a conversation piece, and as art, and she feels she still has plenty of learning ahead of her.

“Part of this job is learning out loud. I’m growing as a human being in public, in front of people, and that’s inherently going to be pretty humbling.”