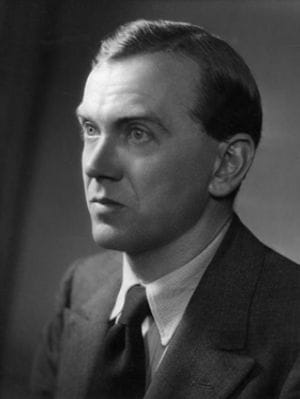 Pico Iyer’s name and face are likely familiar to you; he’s been a frequent contributor to the Lion’s Roar magazine, writing about the Dalai Lama, music, travel, and more. And for more than twenty-five years, Pico has covered the Dalai Lama and the Tibetan situation for Time, The New Yorker, The New York Review of Books, and The New York Times Op-ed page.

Well, now readers are getting to know Pico in a new way, by way of his current Harper’s cover story,  “From Eden to Eton: One boy’s transatlantic education.” The article is an excerpt from Pico’s forthcoming book, which he considers “a sequel of sorts” to his last book, The Open Road: The Global Journey of the Fourteenth Dalai Lama. Here’s what Pico had to tell us about it:

For the past eight years, I’ve been deep at work on my new book, which comes out in January. It is called The Man Within My Head, and it’s about Graham Greene, by whom I’ve long been fascinated — thanks to his enduring attempt to blend wisdom and compassion, and to look at the world clearly, realistically, without ever giving up on it. His Holiness, of course, is revered by people across many traditions for his wisdom, his goodness and his absolute serenity; Greene is often known, especially in his own descriptions, as one of literature’s great sinners and doubters.

But at heart Greene’s work was always about kindness and about honesty, as I see it, and in my own life I have often turned to him, as well as to His Holiness, as a guide to looking at the dark places in the world and in the self while also sustaining a hope in better action and, most of all, humanity. His Holiness is a religious teacher who is just publishing a book called Beyond Religion and who holds that any human can come to kindness, whether or not she has a religion; Greene’s archetypal figure is a whisky priest who betrays almost every commandment of the Church, yet cannot ever give up on extending a hand to those in need.

As it happens, I’ve just spent the past week — as in each of the past six Novembers — traveling across Japan with His Holiness, and I found myself, as we went by bus between areas devastated by the tsunami and others with great cracks in the walls from the recent earthquake, often talking about Greene and his affirmation of the sense that what you do is more important than what you believe.

The excerpt from The Man Within My Head that appears in Harper’s magazine this month describes my own growing up between a 15th century British boarding-school and California in the ’60s. The editors took pains to take every reference to Greene out of this excerpt, because they wanted just to make a stand-alone section about me as a little boy; so the result is not really an indication of the book, but something else. Still, I hope a reader of it may catch the sense that this is a book about moving between skepticism and faith, as we all do, and anchoring ourselves in the world in the midst of that movement.