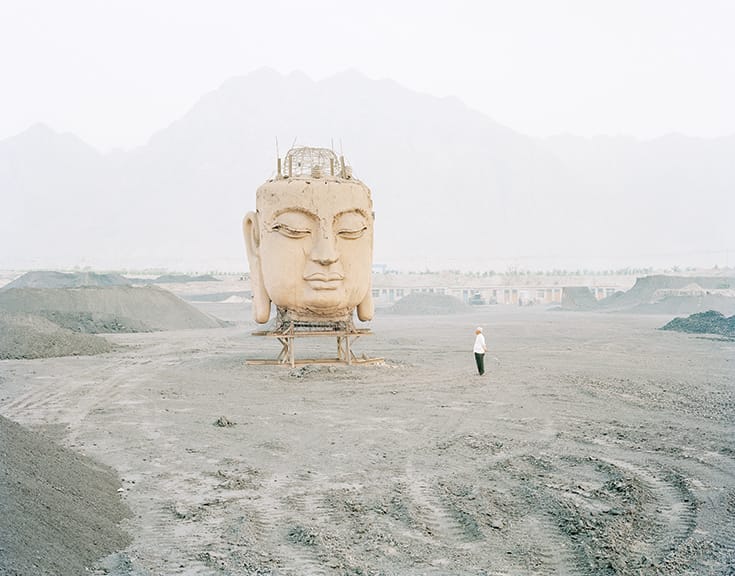 Longtime practitioner and psychotherapist Rob Preece says even though as students we may be devoted to our teachers, we can’t afford to idealize them anymore.

In 1973, I found myself seated before a colorful brocaded throne in a meditation hall in a small Tibetan Buddhist monastery near Kathmandu, Nepal. I was among a large group of young Westerners waiting with some excitement for a Tibetan lama to enter. The atmosphere was electric with anticipation. After a few minutes there was a whisper: “Lama’s here.” We all stood up, and most people bowed respectfully as a relatively young man entered the room, made prostrations, and rose to the throne. When he began to speak, I found myself immediately enthralled by his presence and playful humor. This man was to become an essential focus of my spiritual life from that point onward. He became my guru.

Like many Westerners at the time, I was somewhat lost spiritually and very wounded emotionally. I would have given almost anything to find someone to guide me and give me a sense of meaning and direction. I believed and trusted that this Tibetan lama would do so. I also really wanted to be seen, so that I might have a sense of affirmation about my value and my nature. Part of this relationship to my guru was therefore a huge emotional investment. I became devoted in a way that was akin to falling in love and had a very idealistic view of how special he was. I recall sitting with other students, talking in a kind of romantic haze about all the qualities we felt he embodied.

When I apply a Jungian psychological view to this relationship, I can see that at its heart was a massive projection. That isn’t to say the lama was not extraordinary, but that extraordinariness was the hook for my projection. Jung saw that what we are unconscious of in ourselves, we tend to project onto someone else. In the case of someone who becomes our guru, we project an image of our “higher Self” onto a person who can act as a carrier of that unconscious quality. When this begins to happen, it is as though we become enthralled or beguiled by this projection. In the case of the projection of the Self onto a teacher, we give away something very powerful in our nature and will then often surrender our own volition in order to be guided.

More problematic in this experience was that, like many of my peers, what I had projected was not just the “inner guru”; I had also imbued him with a quality of the ideal parent I dearly needed. In doing so, I gave away other significant aspects of my power: my own volition and my own authority and discriminating wisdom.

Looking back, I can see that I had a lot of growing up to do. My desire to idealize the external teacher was actually supported by teachings I received on guru devotion, which said explicitly that we should try to see the guru as the Buddha and that he (or occasionally she) was essentially perfect. My idealism not only blinded me to my teacher’s human fallibility but was also reinforced by the teachings. I was even given the message that to see flaws in the guru, or to criticize him, would lead to dreadful suffering. In retrospect, I see how I was tied into a belief system that acted as a powerful snare using very skillful rationale.

The danger with indiscriminate idealized devotion to the teacher is that we are trusting that he or she will hold a place of complete integrity and will have no personal agendas. I feel fortunate that with most of my own teachers, this has actually been the case. But what happens when we start to discover that the teacher is human, with issues, flaws, and needs? Do we just dismiss this as our own delusion or his crazy wisdom, since he is after all Buddha?

In the forty years that I have been involved in the Buddhist world, it has become very clear that while there are some extraordinary teachers with great integrity, they are seldom if ever flawless. They may have extraordinary depths of insight, but they also make mistakes and sometimes behave badly. As a psychotherapist, I would go further and even suggest that a few of them actually have significant psychological problems. It is possible for a teacher to have deep insights but also struggle with the stability of their personal identity in the world. The exalted, almost divine status of certain teachers such as incarnate lamas, and the way they’re brought up, can cause them to become self-centered or narcissistic. Occasionally this can lead to bullying and even cruel and abusive behavior with students. It does not then serve any of us to simply ignore this behavior or to go into a kind of naive denial that says, “It is my obscuration; the teacher is perfect.”

This dynamic can lead to a kind of masochistic intoxication with a teacher’s abusive behavior, with the devotee justifying it as something that is all part of his or her path. I am sometimes shocked when I hear students describe how the critical, bullying way in which they are treated is a necessary part of the destruction of the ego. So often this reflects the narcissism of the teacher rather than some kind of enlightened skillful means.

The Dalai Lama wrote in his book The Path to Enlightenment:

The problem with the practice of seeing everything the guru does as perfect is that it very easily turns to poison for both the guru and the disciple. Therefore, whenever I teach this practice, I always advocate that the tradition of “every action seen as perfect” not be stressed. Should the guru manifest un-dharmic qualities or give teachings contradicting dharma, the instruction on seeing the spiritual master as perfect must give way to reason and dharma wisdom. I could think to myself, “They all see me as a Buddha, and therefore will accept anything I tell them.” Too much faith and imputed purity of perception can quite easily turn things rotten.

Sadly, unquestioning devotion toward teachers has indeed sometimes turned things rotten. While we can hope the majority of Eastern and Western teachers are genuine in their integrity, there are a few who do not behave skillfully, and their students are extremely vulnerable to being abused and taken advantage of. It is therefore necessary for us to wake up and not be beguiled by charismatic teachers and our own need to idealize. In our devotion to a teacher we can have a strong sense of respect, appreciation, and indeed love, but not in a way that blinds us to their human fallibility. We need to retain our sense of discernment that recognizes and faces when things are not acceptable or beneficial. If this means a level of disillusionment, then so be it. At least we will end up with a more realistic and genuine relationship. To quote the Dalai Lama again, “Too much deference actually spoils the guru.”

Possibly the most critical issue that arises in relationship to the teacher is the potential loss of appropriate boundaries. For a relationship between a teacher and student to be healthy psychologically and emotionally, ethical boundaries must be clear. I have seen in my work as a therapist and mentor that students who have encountered a teacher’s confused or loose boundaries suffer greatly. And because there is a taboo against criticizing the teacher, students may then find they have no one within their community to speak to about it. They may also find that their community does not really want to know. In the end, the very heart of the student’s spirituality has been betrayed.

Our teachers need to hold clear boundaries around their emotional and physical behavior so that it does not become harmful to students. In some case, Eastern teachers may not fully understand what this means in the West. Boundaries were often implicit in the world in which they lived, be it the monastery or Thai, Japanese, or Tibetan culture. Once they move to the West, having clear boundaries is totally dependent upon their own integrity. Sadly, this integrity is sometimes lacking, and teachers—both Eastern and Western—can become a kind of law unto themselves, creating their own culture with boundaries that are arbitrary or absent. This culture can become like a dysfunctional family; a teacher becomes an all-powerful parent whose needs and wishes are paramount.

Who then can provide the safe and trusting environment within which students can practice and grow?

Over the years, it has been a privilege to be taught by some extraordinary Tibetan lamas and to practice what they have given me. They have been the holders of one of the most profound paths to wisdom that has ever existed. They have brought this to the West in the hope that we may benefit from their knowledge and find our own experience. However, I have also come to recognize that we must begin to grow up and take more responsibility for our role in the integration of Buddhism in the West. This includes taking more responsibility in our relationship to our teachers.

We may put our trust in teachers and express our devotion, but if things go wrong, then it is for us as students to take responsibility for how we respond. If our teachers make mistakes, it is up to us to address and even challenge them when necessary. If teachers do not maintain appropriate boundaries in their relationship to students, then it is for students to hold the ethical ground when teachers do not.

Our teachers need us as much as we need them. They need us to be honest, straight, and real with them, not blinded by a haze of deferential idealism. They can then be real people with their own challenges and difficulties but also with a great deal of wisdom to offer. If we can skillfully navigate this, then the Buddhist traditions have a chance to flourish in the West with integrity. We can offer respect and even devotion to our teachers but with a real capacity for discernment and personal responsibility.

More on Confronting Abuse of Power:

Rob Preece is a psychotherapist and meditation teacher living in England. He is the author of The Wisdom of Imperfection (Snow Lion) and Feeling Wisdom (Shambhala).