Richard Reoch, president of Shambhala International and a longtime human rights worker, says the same practices that bring peace within can help bring peace to the world. 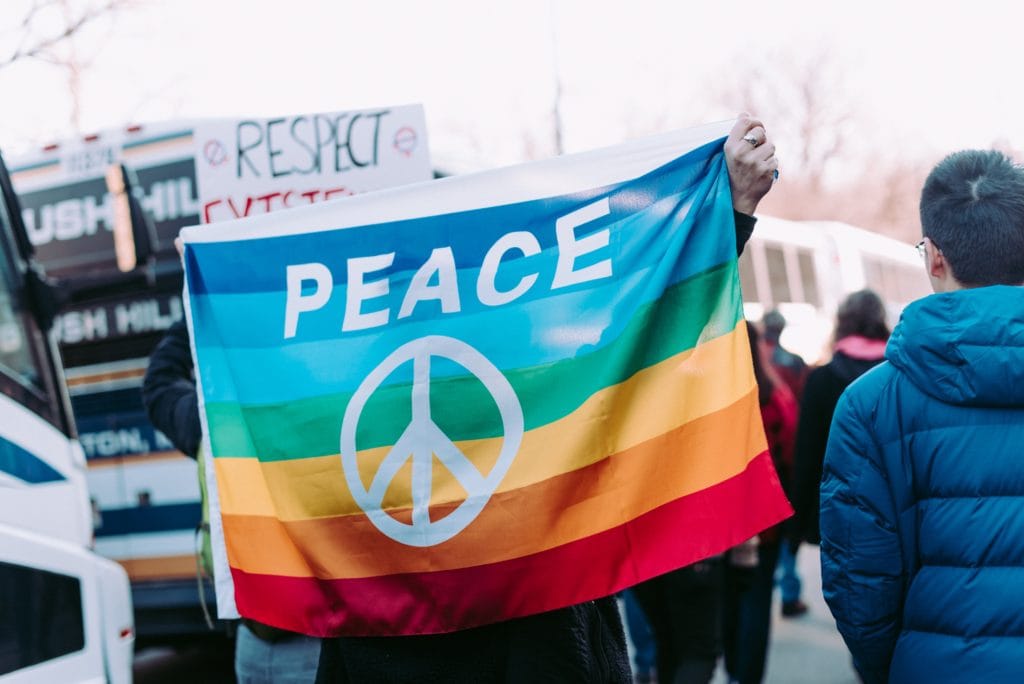 How exactly are we going to practice peace in a time when there is such a staggering amount of war? If we were to ask most people to name the wars currently underway in the world, they would likely mention no more than a few. Doubtless, none of us could mention them all.

Perhaps the most staggering thing about all of this war is the scale of investment in organized violence, in terms of both money and overall national resources. It is sobering to think of what money is not being spent on in so many countries, precisely because of what money is being spent on. In Sri Lanka, where I have worked for more than thirty years, you see barbed wire everywhere you go, whether in the city or countryside. Imagine the amount of money spent by this poor island on foreign-manufactured razor wire, which is supposed to bring security but obviously doesn’t.

That’s a small example. When you compare global spending on weaponry with global spending on health, eradication of disease, providing clean drinking water, dealing with preventable diseases, it can make you very sad. When you add to that the violence and pain closer to home, like domestic violence and urban gun violence, it can make your heart stop.

Let’s be honest. When we give serious attention to these matters, it can make us overwhelmed, burned out, and depressed. We feel there is nothing anyone can really do, that we are at the mercy of gigantic forces ranged against us. We retreat rather than reach out. In some way, the dimness of what we have been told is the “dark age” dims our intelligence, our ability to withstand the painful conditions as well as our ability to be a light in the darkness.

What’s interesting about this sense of futility, though, is that in its depths, when we’ve exhausted some of our usual methods, there can be a fresh birth of wisdom and compassion. This is what the practices that Pema has been teaching are meant to bring about. Practicing them is a valuable contribution we can make to the world, because it makes that fresh birth of wisdom and compassion available to others.

Many diplomats and government officials I have met who deal with extreme situations have a strong sense that the usual methods, which have been applied for a very long time, have ceased to work. That’s a very important recognition. The same methods have been tried over and over and over again. People who have worked for a long time trying to help the world have reached a point of futility, but that has started to give birth to some new intelligence and compassion. People begin to see that quick fixes or infusions of aid are not going to work where violence and conflict are concerned. They also see that so much of what we’re dealing with are not single, isolated incidences, but a complete system or culture that has violence as its fundamental ethos. They are beginning to see that the culture of violence has to be addressed, and that it will take time.

Professional peace workers I have met and worked with are beginning to say things like, “We need to find the space in which peace can emerge.” That may sound familiar to meditators, but it is a new kind of discourse at this professional level. I hear more and more people talking about the importance of listening. One person who was working with a particularly vicious group said that he had begun to listen not just to the outer manifestations of the words but to something deeper. “If you listen,” he said, “you can hear the willingness to change.” Someone else talked about how “no situation is monolithic”; there are always gaps.

These are interesting concepts that people are stumbling on—providing space, the importance of listening deeply, seeing that no situation is monolithic. Are these not what we seek to do when we practice meditation, when we work with our propensity to get hooked, with our habits, and with the seeds of violence in ourselves? As meditators, we are finding the missing ingredient needed to work with the world’s overwhelming pain and suffering. We can train ourselves and we can train others to find, within the futility, the seeds of real peace.