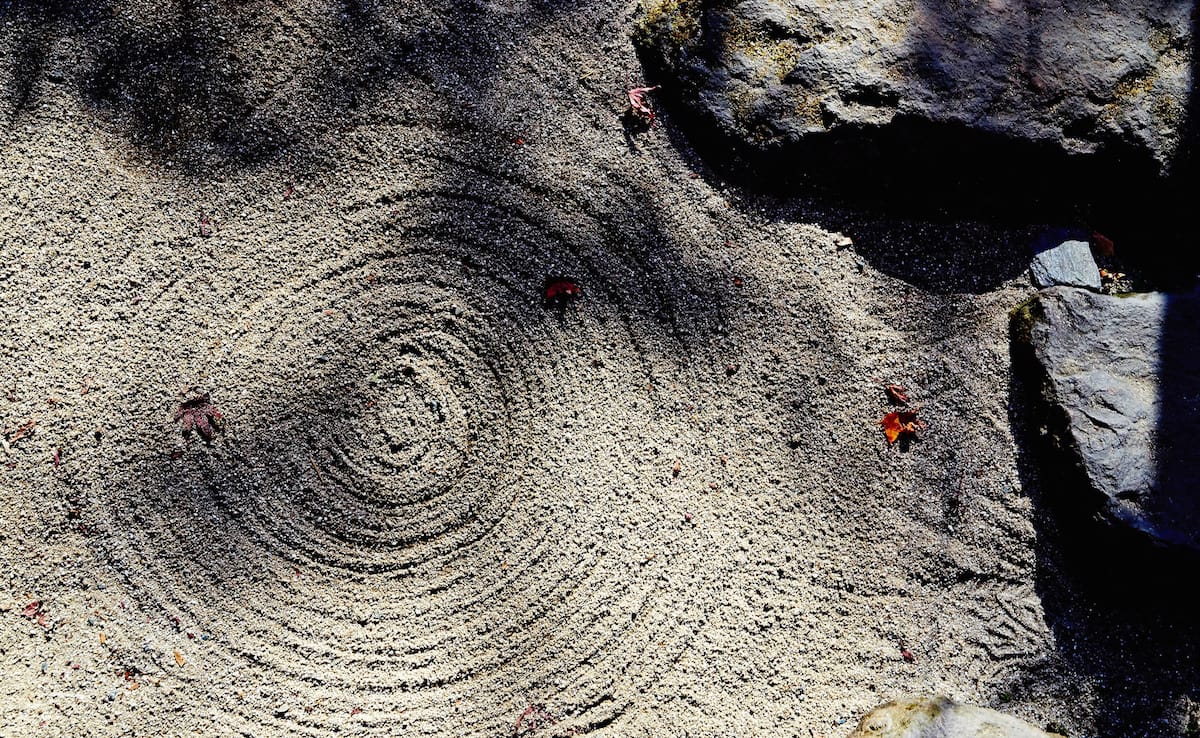 In this adaptation from his book, Zen Master Who? A Guide to the People and Stories of Zen, James Ishmael Ford concisely places the life and work of the late Charlotte Joko Beck into context.

The Ordinary Mind School was among the first Zen communities to consciously engage the emotional life and the shadows of the human mind as Zen practice. The late Charlotte Joko Beck and her dharma heirs adapted elements of the vipassana tradition — a relentless inquiry into the contours of the human mind — as unambiguous Zen discipline.

In 1965, when she was in her forties, Charlotte Beck attended a lecture at the First Unitarian Universalist Church of San Diego. She was struck by the insight of the speaker, Zen teacher Taizan Maezumi — who would become her primary teacher. Charlotte would also study and sit numerous retreats with Haku’un Yasutani Roshi and Soen Nakagawa Roshi, passing the Mu koan with Soen Roshi.

In 1978, she was ordained and received Dharma transmission from Maezumi Roshi, becoming his third Dharma heir. But in 1983, Joko formally broke with her teacher in the wake of her teacher’s im­proprieties. She then founded the independent San Diego Zen Center, which would become the nucleus of the Ordinary Mind School.

While Joko, as she preferred to be known, did have ordained students, she generally moved away from the Soto school style, dropping the use of her titles and never wearing her priest’s robes.

As for her teaching style, it seemed nothing was off the table. She would play down the enlightenment experiences known as kensho as being “small intimations.” And of Dharma transmission, the process by which one teacher would recognize a student as a new teacher and hands down teaching authority, Joko said, “It’s no big deal.” At the same time, there was clearly a Zen sensibility permeating what she did.

Barry Magid, one of her Dharma heirs (he leads the Ordinary Mind Zendo in New York City) and a practicing psychiatrist in New York, writes: “To me Joko always stressed experiencing the absolute in the midst of the everyday. [S]taying with anger or anxiety wasn’t so much a technique for dealing with emotion as a way of seeing emotion itself, resistance itself, as IT. Not as obstacles on the path to be worked through and removed, but the path itself.”

As he was nearing the end of his own formal training, Dr. Magid writes, “I felt like a peach she would occasionally sniff and squeeze and one day she said OK, you got it. And that was my transmission ‘ceremony.’ (Followed by a notice in the newsletter, under the parking instructions, that the Dharma had been transmitted to me.…)”

Magid and other of Beck’s Dharma heirs have gone on to found centers of their own across the continent. Among these teachers, are Diane Eshin Rizzetto who leads the Bay Sangha in Oakland, California; Elihu Genmyo Smith who leads the Prairie Zen Center in Champaign, Illinois; and Elizabeth Hamilton and Ezra Bayda, who currently co-lead the Zen Center of San Diego, after Joko Beck’s retirement.

Adapted from “Zen Master Who? A Guide to the People and Stories of Zen,” published by Wisdom Publications, with permission.