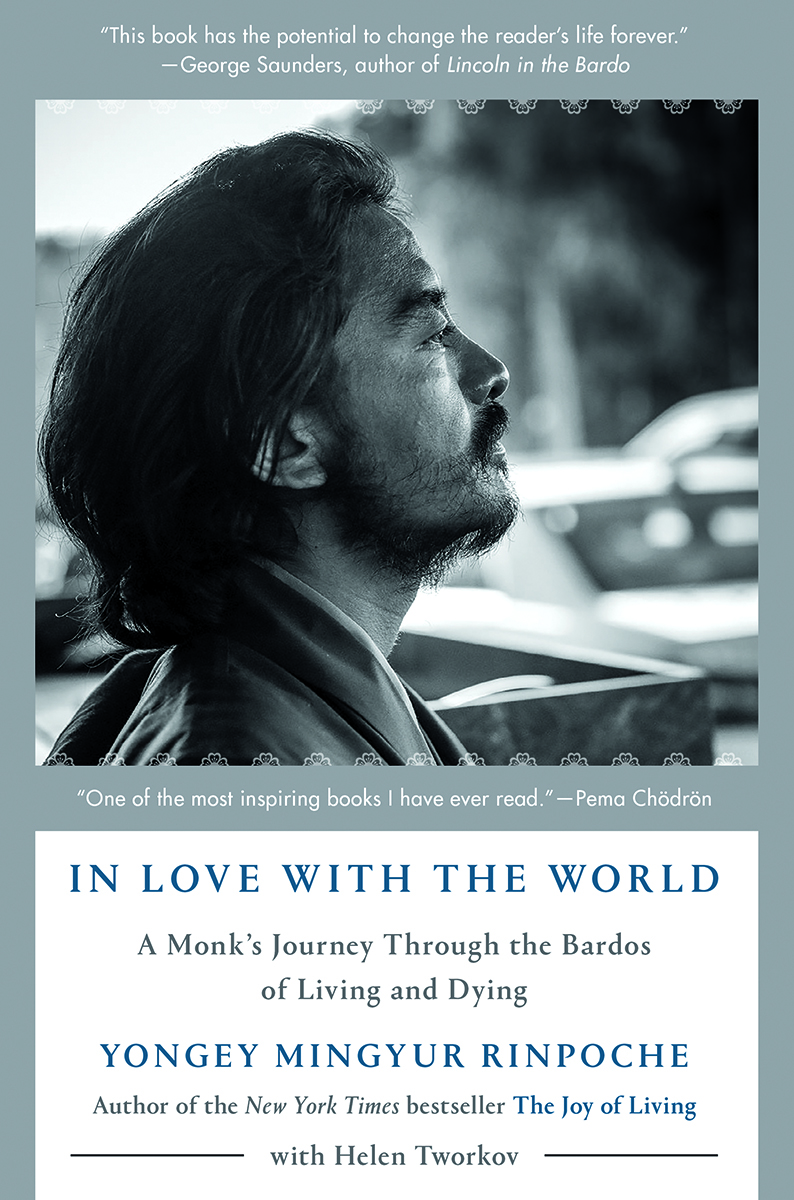 In Love with the World
A Monk’s Journey Through the Bardos of Living and Dying
By Yongey Mingyur Rinpoche
Spiegel & Grau 2019; 288 pp., $27 (cloth)

As an honored lineage holder in the Tibetan tradition, Mingyur Rinpoche had, as he puts it, “the practical life skills of a lapdog.” He’d never even cooked a meal or purchased a bus ticket. Then in 2011, he slipped through the gate of his monastery in Bodhgaya and—with little more than the clothes on his back—began to live entirely on his own as a wandering yogi, begging for food and sleeping outside. His family and students had no idea where he was and, he realized, he could have died without anyone knowing. Then he became gravely ill and death was suddenly a very real possibility. Ultimately, Mingyur Rinpoche was on what he calls his wandering retreat for more than four years, and when he came back, he shared his remarkable story in a piece for Lion’s Roar. Now, in In Love with the World, he goes into even richer detail. Profound Buddhist teachings are gracefully woven into the exciting narrative.