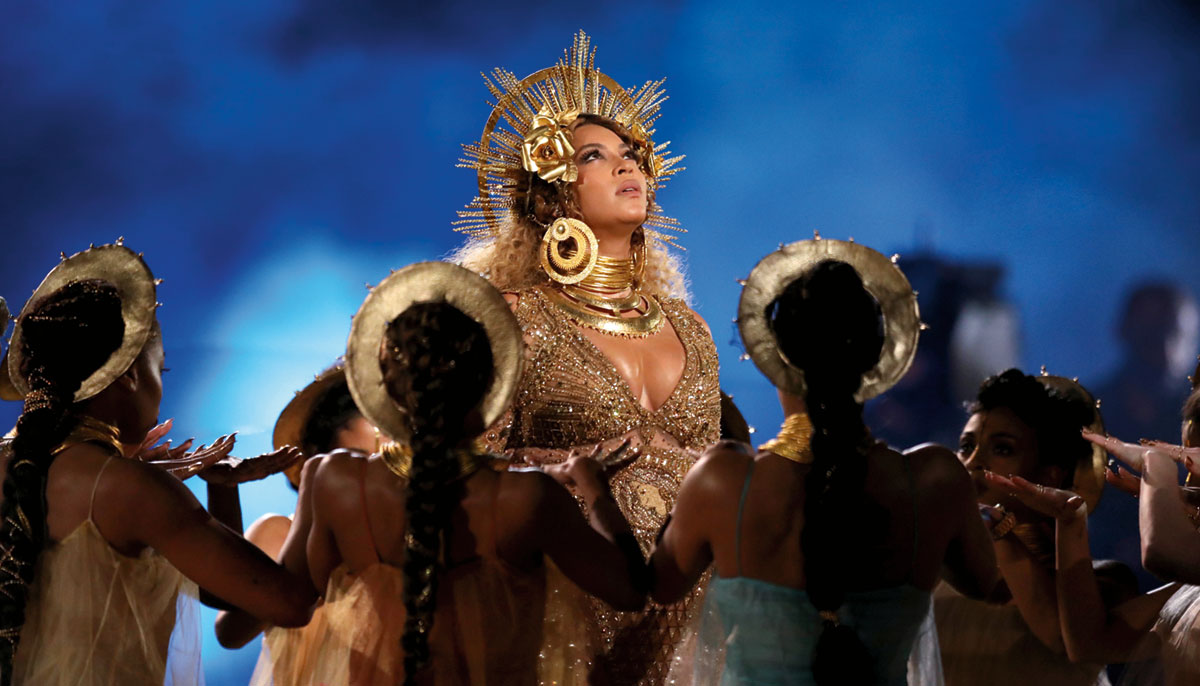 At the 59th Grammy Awards, Beyoncé dressed as Oshun, the Yoruban goddess of water, fertility, and love. Photo by Matt Sayles / Invision / AP

On its surface, the term pop star goddess tends to conjure the image of an objectified woman valued primarily for her looks and sexuality who churns out disposable music, is admired by millions for her material success, and is known mainly for her tabloid-baiting exploits. Pop star fans perpetuate this exercise in empty idol worship, according to those who observe the ritual casually from the outside wasting their time on empty-calorie entertainment.

But women pop stars have more wisdom to offer us than they get credit for. In fact, they possess true healing powers. Theirs are stories we can be inspired by—of forgiveness, resilience, and powerful vulnerability, of fighting addictions and fighting for social justice, of political conviction and true expression.

They are admirable not because they are popular, rich, or beautiful, but because they have endured public trials and come out more powerful for it.

Indeed, the mythologies of the likes of Beyoncé, Britney Spears, Cardi B, Demi Lovato, Lady Gaga, Kacey Musgraves, and others provide us with some truly modern koans that shine light on our own struggles and aspirations. They are admirable not because they are perfect, popular, rich, successful, and beautiful, but because they have endured public trials and come out more powerful for it.

Britney Spears, for instance, experienced a mental breakdown in full view of paparazzi cameras in 2007, when she infamously shaved her own head while the world watched. This incident became pop culture shorthand for “going crazy,” but few of us would have been able to hold it together under the circumstances she faced. 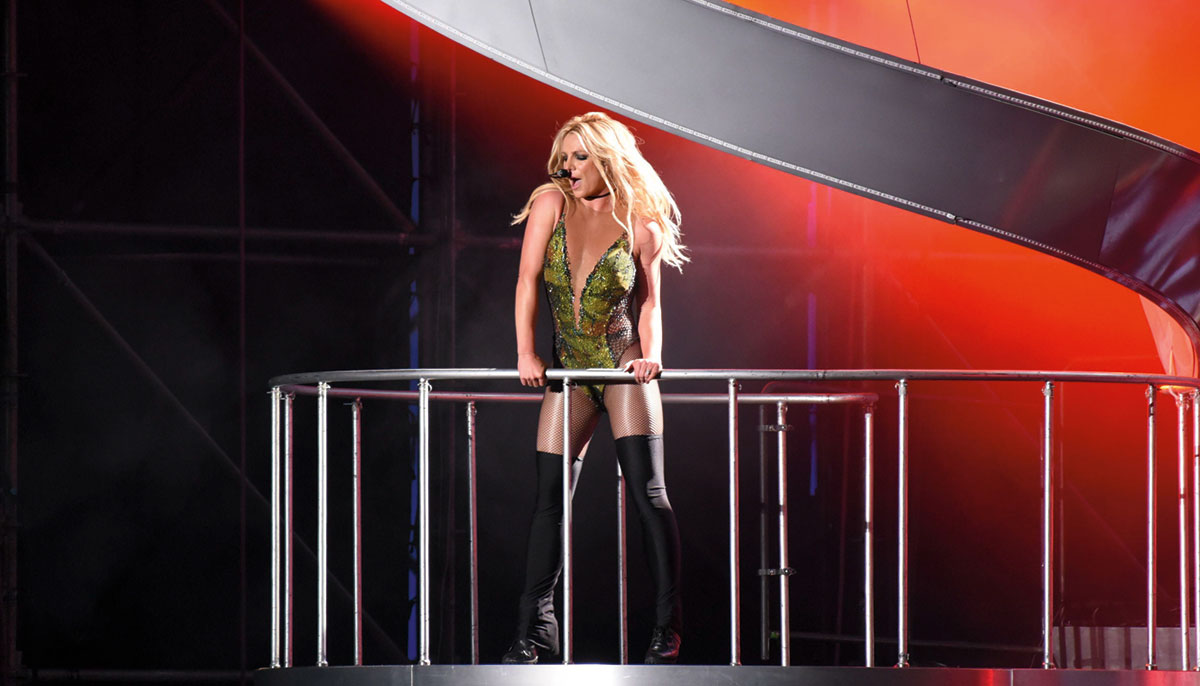 When she became an instant star at the age of seventeen with the release of her song and video “… Baby One More Time,” she was consistently slut-shamed by the media for her revealing outfits, while her virginity, or lack thereof, became a subject of national discussion.

After subsequently churning out a stream of massive hits over the next few years, she was followed obsessively by packs of paparazzi and a relentless gossip industry as she married a backup dancer and had two babies. Her parenting skills were questioned when she drove with one of her new sons on her lap, trying to escape the cameras. Upskirt photos of her were snapped and published without apology.

No one deserves to be labeled “crazy” for losing her grip under such circumstances—in fact, she is an inspiration for surviving it at all.

And Britney isn’t the only pop star goddess who has demonstrated the power of resilience. In fact, true divas are survivors who have risen again and again in the face of very public trials. Ariana Grande survived a terrorist bombing of her Manchester, England, concert in 2017 that killed 22 people and injured 116; she returned 13 days later to show she wasn’t scared, and to raise money for the victims.

Demi Lovato has fought addictions to drugs and alcohol, sharing her struggles through social media as well as in her own lyrics along the way. Laura Jane Grace came out as a trans woman mid-career after 15 years of fronting the rock band Against Me!, then let the world in on her vulnerable journey through an album (Transgender Dysphoria Blues) and a memoir (Tranny).

This year, in particular, we have all learned that survival itself can be an act of defiance, its own miraculous form of liberation.

The seismic and sometimes catastrophic cultural and societal shifts of recent times have only made pop star goddesses’ work and stories more relevant. Donald Trump’s election triggered a national outpouring of protest on behalf of the women’s rights he bragged about trampling on, followed by the ongoing #MeToo reckoning with powerful men who sexually assaulted and harassed women who were trying to pursue careers. Pop star goddesses have publicly modeled strong stances against patriarchal power: Kesha and Taylor Swift spoke out about their own experiences with sexual assault on the job.

Meanwhile, women of color, and particularly Black women, have transcended their pop star roles to become true legends and leaders. Alicia Keys led a no-makeup movement and campaigned against police violence against Black people, writing her recent song “Perfect Way to Die” in memory of Sandra Bland and other Black women killed by police. Janelle Monáe has used her platform to advocate for sexual fluidity—coming out herself as pansexual in 2018—and based her entire body of work in the hopeful aesthetic of Afrofuturism.

Then again, as much as pop star goddesses can and should be taken seriously, they’re primarily in the business of bringing people joy. Oh, how we needed joy this year. These women have provided some of the pandemic’s pop cultural bright spots. Fans of Mariah Carey and Britney Spears entertained themselves during quarantine by streaming the heck out of the stars’ underappreciated albums: Carey’s 2008 release E=MC2 went to No. 1 on the iTunes charts in May; Spears’s 2016 release Glory did the same, prompting Spears to release updated cover art for the record as well as a bonus track, “Mood Ring,” previously available only in Japan. Lady Gaga and Taylor Swift released some of the year’s few major new albums, both rapturously received by fans (and liked by critics, too!).