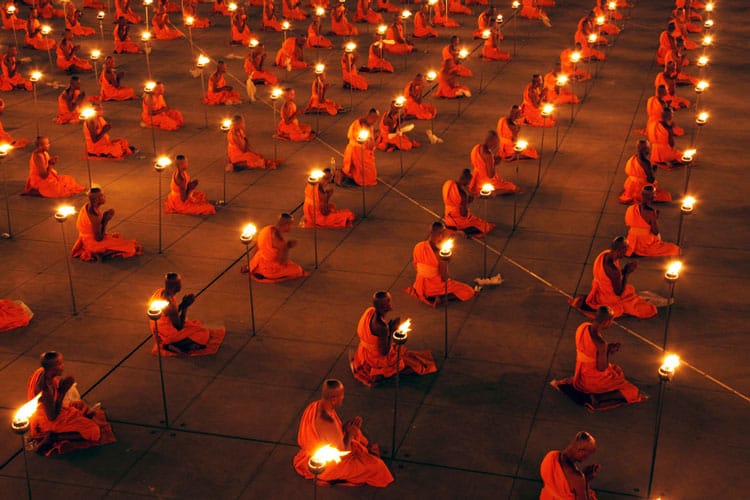 You may have seen this photo (or others like it) going around, posted on Facebook, etc, with a note that it depicts 100,000 Burmese monks praying for world peace, or something along those lines. After the earthquake in Nepal, it’s now circulating again, described as “100,000 monks in Napal [sic] in prayer after the Nepal earthquake as a necessary gesture of power.” So: who’s in it?

The photo is from a photoset of what some call a cult, based out of Thailand, whose “mass ceremonies,” we are told, “are inspired by the head abbot’s fascination with the Muslim hajj gatherings and Nazi parades…” That description and the photoset itself — called “Close Encounters of the Buddhist Kind” — come by way Foreign Policy, which hosts the photoset here. These photos do deserve to be seen — but we thought you might want to know more of the context.