If you use your difficulties to create art, says Ruth Ozeki, it will give them meaning. 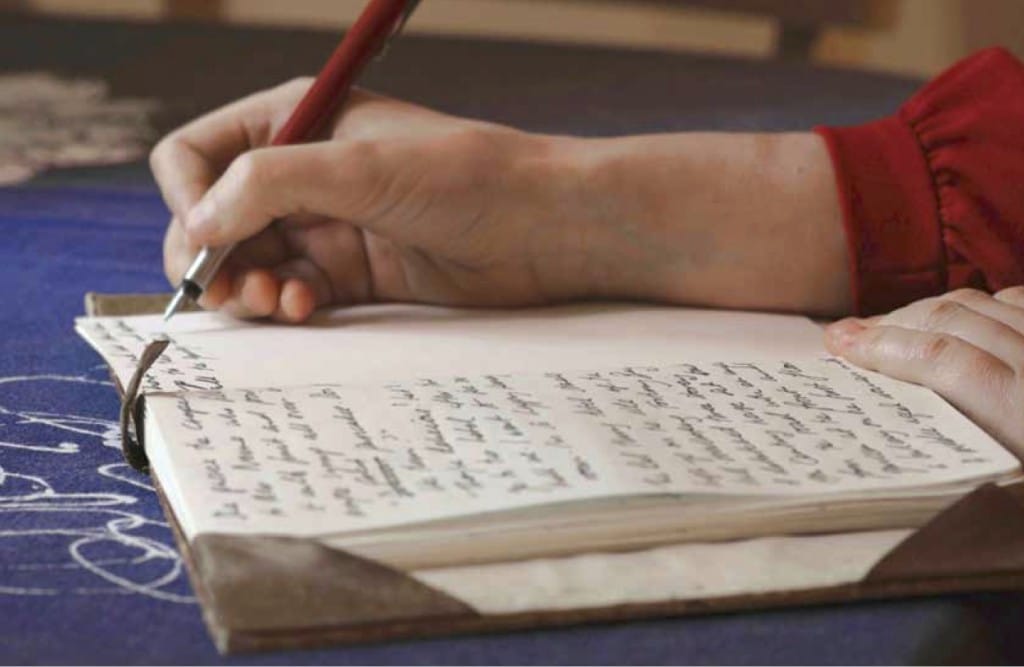 When you’re a writer or an artist, nothing is wasted. Even the most painful and difficult situations in life can be recycled into material for a project, and it’s the artist’s job to be awake, aware, and opportunistic. This attitude might sound a bit cold and calculating, but it’s not. Quite the opposite. Art, when it comes from dark and difficult places, gives us a means to fully feel our most powerful human emotions and transform our suffering into something meaningful.

The death of my grandmother was a painful and difficult situation. My mother didn’t want to go to Japan for the funeral, so I went instead. I arrived too late for the cremation, but in time for the interment of my grandmother’s remains in our family plot at the temple cemetery. On the morning of the ceremony, my aunt took me into the living room where my grandmother’s urn was waiting. Using a pair of disposable wooden chopsticks, she picked out three or four of my grandmother’s white bones and put them into a small Tupperware container. This she sealed and then handed to me, instructing me to take the bones home to my mother.

This tradition, called honewake—“dividing the bones”—is pretty common in Japan but not in America, and fulfilling my aunt’s wish was not easy. My mother, while ethnically Japanese, had spent most of her life in the United States. She had no use for these old Japanese customs, and in addition, my relationship with her was strained and difficult at the time. When I called to tell her that I had brought her mother’s bones back from Japan and wanted to take them to her, she did not sound happy. So I dropped the subject, and the little Tupperware container ended up on a shelf at the back of my closet. Years passed, and my grandmother’s bones, this skeleton in my closet, began to haunt me. Finally, I decided the only way to deal with the situation was to turn it into an art project.

I made a film called Halving the Bones. I bought a camera and filmed myself and my mother as I finally delivered the bones to her. We talked about our family, our history, my grandmother, and death. During the editing, I continued to interview her and ask her questions, and when I finished, we watched the film together.

This process brought us closer, so much so that later on, when she was diagnosed with Alzheimer’s, she agreed to move in with me and my husband and allowed us to take care of her, and then to be with her when she died. I don’t think any of this would have been possible if we hadn’t made the film together. I realize this was a ridiculously complicated way of dealing with what ought to have been a fairly simple problem. I could have just gone and talked to my mother. We could have gone into family counseling. But that solution never occurred to me.

Later, I started writing novels about the difficult situations in my life. When I was confused about workplace ethics, or sad about the deaths of my parents, or angry about corporate malfeasance, or anxious about the Japanese earthquake and tsunami, I used the long process of writing stories or novels to sit with my discomfort and investigate it deeply. I’d ask myself questions: What does this feeling feel like? What kinds of stories am I telling myself? What would that person think or do? What would it feel like to be inside his mind? Her skin? Writing is not unlike meditation in this way. In meditation, you become intimate with your stories in order to see through them and let them go. In writing, you become intimate with your stories in order to let them go, too. But first you must capture them and make them concrete.

There’s no need to be a professional artist or writer to transform difficult situations into creative work. Poems, or journal writing, or quilts, or collages, or songs need never be made public. They can be utterly private, because in privacy is where the work is done, even for the so-called professional artists. Humans, all of us, are boundlessly creative beings, and as long as we recognize this and give ourselves permission to respond to our difficulties artistically and intuitively, not just medically or practically or rationally, then we can access this way of transforming suffering into something meaningful, which may benefit us all.