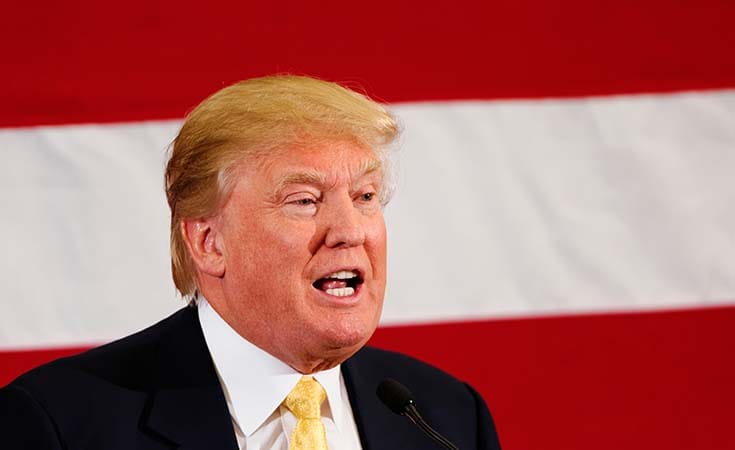 It’s a question that’s on many minds these days: what’s with Donald Trump? That’s what author Oliver Burkeman set out to uncover last week in his column for the Guardian, “How I learned to stop worrying and love The Donald.” To find the answer, he went to unexpected sources: Buddhist teachers Sharon Salzberg and Susan Piver. (Read our new profile of Salzberg here, and in the first issue of Lion’s Roar, and look though many great teachings by Salzberg and Piver on their author pages.)

Piver, Salzberg, and Burkeman all seem to find roughly the same answer as Coletta: yes, Trump is a suffering sentient being, just like the rest of us. Explains Salzberg in Burkeman’s column:

“Compassion training isn’t what it appears to be on the surface… It sounds like you’re just going to give in and be sweet, not take a stand on things. But it’s actually a really daring kind of political vision: that this is a completely interdependent universe, and everybody counts.”

Burkeman adds, “Even the people who don’t themselves believe that everybody counts.”

Next, Piver gives Burkeman a lesson in how to work with the difficult feelings that arise. “Inspired by these words,” says Burkeman, “I have developed a new practice I’m calling Fox News meditation.”

Perhaps most importantly, Salzberg doesn’t suggest that compassion means passively standing by. It means checking your intentions and recognizing everyone’s shared suffering. From there, you can find a skillful way to “take strong action against people.”

For more on finding compassion in partisan politics, try Susan Piver’s “Beyond Republican and Democrat,” and Sharon Salzberg and Robert Thurman’s “Know Your Enemy.”

How I learned to stop worrying and love The Donald

Lately, in New York, it seems as if every conversation – in a bar, over dinner, on the subway – eventually grows suffused with one highly specific emotion: a blend of fear, despair and disbelief brought on by the continuing rise of Donald Trump. (We need a name for this.