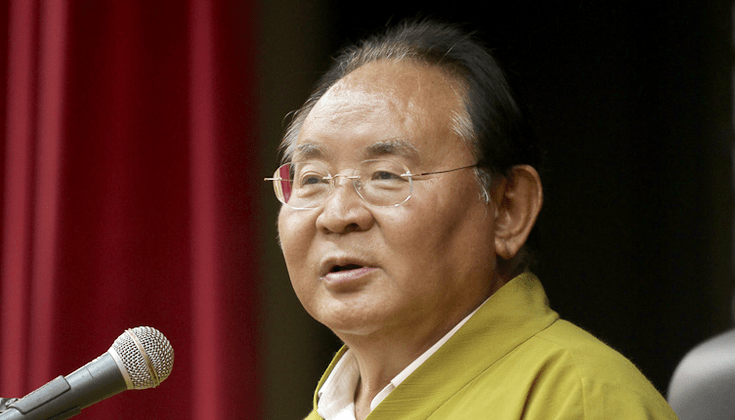 Following discussion of allegations of abuse, Sogyal Rinpoche, Buddhist teacher and author of The Tibetan Book of Living and Dying, “has decided, with immediate effect, to retire as spiritual director from all the organizations that bear the name of Rigpa in different countries around the world,” according to a press release from the organization dated today.

The organization also notes how it will respond to this situation, including the establishment of “a code of conduct and a grievance process.”

The press release, in full:

Rigpa is an international network of Buddhist centres dedicated to making the Buddhist teachings of meditation, compassion and wisdom available to the modern world. The courses and programmes offered by Rigpa have helped many thousands of people around the world experience relief from suffering and find meaning in their lives.

Recently, a number of allegations have been brought against Sogyal Rinpoche, the spiritual director of Rigpa, which have been widely shared in the media and on the internet. The governing boards and management teams of Rigpa worldwide take this matter very seriously and are resolved to clarify the situation responsibly, and in a way that is entirely consistent with Buddhist values.

After internal consultation, Sogyal Rinpoche has decided, with immediate effect, to retire as spiritual director from all the organizations that bear the name of Rigpa in different countries around the world.

The governing boards and management teams of Rigpa, having sought professional and spiritual advice, will assure that the following steps are taken:

1. Set up an independent investigation by a neutral third party into the various allegations that have been made.

2. Launch an international consultation process to establish both a code of conduct and a grievance process for Rigpa.

These steps are being taken by the boards and management teams of Rigpa worldwide, in a true spirit of collaboration. Channels will be established so that any member of our community has the opportunity to express their wishes, views and concerns.

A number of allegations of abuse by Sogyal Rinpoche were communicated in a letter dated July 14 of this year. The letter was signed by current and ex-members of Rigpa. Days after the release of the letter, it was announced by Rigpa that Sogyal would “step back” and would go on retreat.

Since discussion of the allegations became public, a number of comments and commentaries (some explicitly in response to the Sogyal/Rigpa situation) have been produced by other Buddhist teachers: